Home › News › Battle.net Has Had a Major Overhaul for the First Time in 8 Years

Blizzard has given its game launcher, Battle.Net, a new visual design, marking its first major overhaul in eight years. It’s available now for some players in North America, and will be gradually rolled out to other users over the coming weeks. The new design repositions games from the left-hand sidebar to a row of icons across the top of the window, allowing for more space to be taken up by the game page, which features the latest news and updates on the relevant title. The friends and social bar has also been permanently affixed to the right hand side of the window, rather than being a separate app that opens akin to Steam’s friends list. 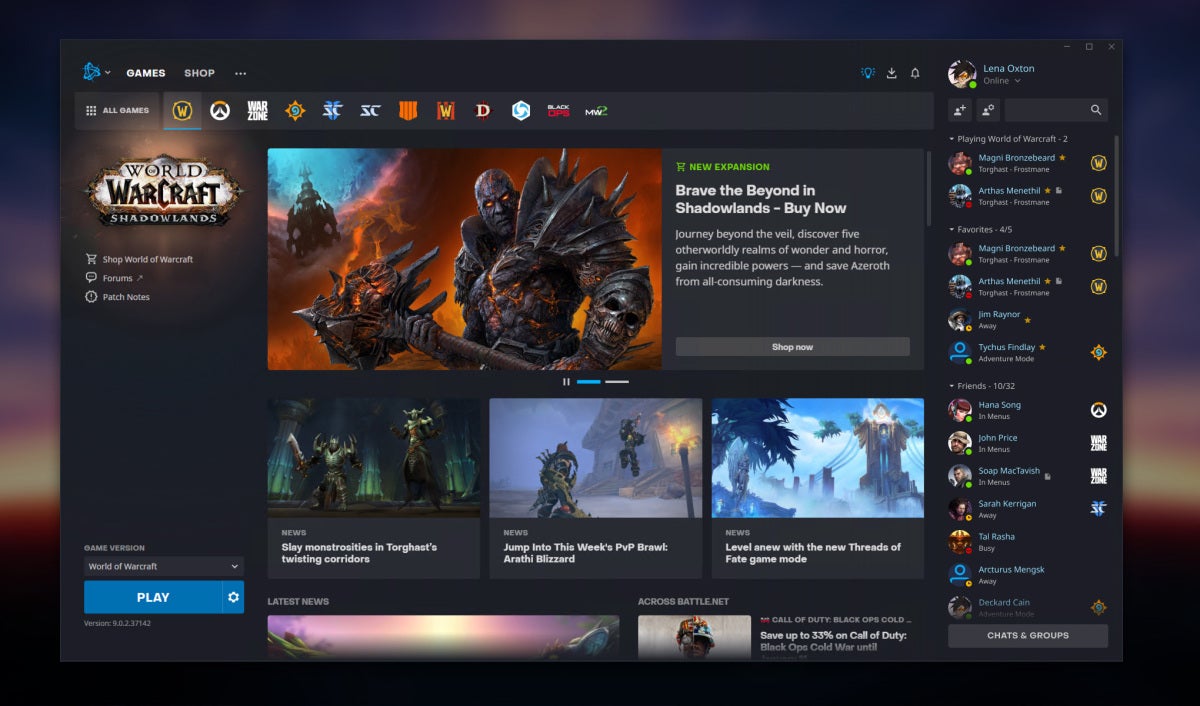 Interestingly, Blizzard’s screenshot of the new ‘Battle.net 2.0’ interface shows the blue Battle.net logo in the upper left corner of the window. Back in 2017, Blizzard renamed Battle.net to Blizzard App, and replaced the logo with the Blizzard logo. Just months later the company did a bit of a U-turn on the name and rebranded the launcher as Blizzard Battle.net, but never replaced the Blizzard logo with the old Battle.net one. It’s good to see it finally making a return to its rightful home in this 2.0 overhaul. As previously noted, the redesign is currently only available to some users in North America. Other territories will get the new launcher in the coming weeks. If you’re in NA and haven’t received the update, you can opt to use the beta version in the settings menu of Battle.net. [ignvideo url=”https://www.ign.com/videos/2015/11/09/overwatch-official-gameplay-trailer-2″] Battle.net is, of course, the home of Blizzard’s stable of games, and will one day be updated with Overwatch 2, which will be at BlizzCon in February. We’ll also be hoping to see more from Diablo 4 and its new features, too. [poilib element=”accentDivider”] Matt Purslow is IGN’s UK News and Entertainment Writer.