Elden Ring Network Test is here, but we won't have long to play it. Access to the Network Test is only available during a few three hour windows from November 12 – 15, meaning if you want to see everything it has to offer, you're going to have to work fast. The open world encourages wandering and exploration and there's a lot to find.

I'm not going to annotate a map with each and every discovery around Limgrave—where'd be the fun in that?—but I do have some tips for how to make the most out of your time with Elden Ring. Here are some suggestions to help you track down some of the best gear, beat some of the harder fights, and have the most fun you can with your limited time in the test.

Know when to be online for the Elden Ring Network Test

I know this is obvious advice, but because the official website lists the Elden Ring Network Test hours in Japanese Standard Time, it would actually be easy to mess up the time zone conversion and miss an entire session. That would be very sad! I've entered the test times into a time zone converter so you can note down exactly when to be ready and avoid any tragic math mix-ups.

Start as the Enchanted Knight or Prophet class

There are five Elden Ring classes to choose from in the network test, and I'm tellin' ya: You want to get in on this magic business. The magic abilities are fun, and they do some serious damage—playing as the Prophet and using faith spells, I found magic damage outperformed physical against almost every boss and regular enemy I encountered, even after pouring points into strength. There are a surprising number of spells to find even in this small portion of Elden Ring, and miracles, especially, are refreshingly different from the usual starter abilities in most Souls games.

The Enchanted Knight is a strong, easy starter class with good armor and points already piled into strength and intelligence. This is the class to choose if you want to be able to use sorceries as your primary form of damage or simply as an augment to your melee attacks. The Prophet is squishier due to its absolutely crap starting armor (what's with that wagon wheel necklace anyway?) but you can find better armor easily enough, and you start with a great faith attack, Beast Claw, as well as a Heal spell.

As the Enchanted Knight, seek out Sorceress Sellen, who appears in the Post Town Remains on the eastern edge of the map once you've killed the Pumpkin Head Boss. To find Post Town Remains, cross the large bridge and look for some ruins filled with aggressive and poisonous plants. You'll have to jump over a wall in the ruins (this is easier with the spectral steed) to find the stairway that leads down to the dungeon. It's basically just a boss chamber, so be ready to take on Pumpkin Head when you go through the fog gate. Once you defeat him you'll meet Sellen, who sells you a number of sorceries.

Incantations for the Prophet are a bit more spread out, but the good news is that Beast Claws is powerful enough to carry you through the entire Network Test with ease. You can purchase one spell from the Nomadic Merchant on the beach, and obtain a particularly powerful one if you beat the dragon roaming Agheel Lake and take it to a dragon shrine. You'll definitely know it when you see it.

Get the best armor in the Network Test

You can easily acquire the heaviest armor in this area of Elden Ring within your first hour or so of playing. Heavy armor might make you think you're going to be fat rolling all over the place, but the equipment load in Elden Ring is pretty generous and scales on strength, so with just a few level ups you'll be able to equip this armor and still have a medium equip load.

The Crucible set is the best armor in the Network Test, with higher defensive stats than any of the starting gear (though it's not a huge leap over the Enchanted Knight's). It's also easy to find and won't be hard to get once you have your spectral steed.

To grab the Crucible set, go to the eastern part of Limgrave and look for a carriage being hauled by two giants, with a procession of knights and undead trailing along behind it. You're not likely to miss it. Kill the procession of small fry first, who are no real threat if you stick to your mount and do drive-by attacks. The only real challenge is the mounted knight, so draw him away from the crowd first so you don't get bogged down. Once you've killed them all return to the giants and patiently stab away at their legs, dodging after every attack so you don't get foot stomped. The chest on the back of the carriage will then be accessible, rewarding you with the Crucible armor.

Learn to use the Guard Counter early

The Guard Counter is a new ability in Elden Ring that trivializes fights with basic enemies once you learn how to use it. It's much easier and less risky than a parry, and while not quite as powerful, it still lets you wallop the hell out of enemies.

The Guard Counter's really easy to pull off: just hold up your shield to block an attack, and once it lands, immediately press R2 to deliver a powerful counter blow. Blam! The key to using the Guard Counter safely is waiting until an enemy finishes an attack sequence. The Guard Counter won't interrupt their attack, so if they're coming at you with a three hit combo, wait for the third hit before you counter. Otherwise you may still get in your powerful hit, but you'll take damage in the process. Just wait for your opening and you'll be blocking almost all incoming damage and then safely wrecking enemies.

Two-hand weapons to use their weapon arts

If you rush through the tutorial, you might accidentally miss that the way you two-hand a weapon is different from previous FromSoftware games. You used to simply press Y/Triangle to switch to a two-handed grip, but now you have to hold Y/Triangle and press L1 or R1 to two-hand a piece of equipment. If you're using a sword or other melee weapon in your right hand and a shield in your left, you'll need to do this to use each weapon's special skill. And you should, because some of them are really powerful. Just practice a bit, because switching from one to two hands with an extra button press is a bit tricky in the heat of battle.

Another tip: if you use a miracle catalyst in your left hand, you can then use the weapon art of your right-hand weapon without two-handing it. Just be careful when living that no shield life.

Find the cave at the northern tip of Agheel Lake

Some of the dungeons scattered around Elden Ring's open world are kinda boring, with nothing but a couple hallways and a boss fight you can clear out in just minutes. The Limgrave Tunnels mine is easily the best of them, with a more complex layout and a bit of passive storytelling as you delve deeper. It's the most fun to explore, and your reward for killing its boss is a pretty sweet sword, especially for sorcery builds.

Use Spirit Ashes if you're having trouble with bosses

Spirit Ashes are Elden Ring's equivalent of summonable NPCs like Solaire, but this time they aren't limited to signs right outside boss chambers. You can buy two Spirit Ashes from Merchant Kalé near where you enter Limgrave, and you can find a couple more out in the open world, too. These Ashes summon one or multiple AI phantoms who fight alongside you, and you can even heal them to keep them alive.

It takes a good chunk of FP to use Spirit Ashes, so keep that in mind if you're playing a magic character. One tricky thing about using Spirit Ashes is that you can't call on them just anywhere: you have to be near rebirth monuments, which are really easy to miss out in the open world. FromSoftware clearly realized this, so they added an icon to the left side of your screen to indicate when you can summon. It's an archway with runes inside it. You can use Spirit Ashes to help you out in most boss fights, too, and as usual it's really helpful to have them draw aggro.

Check out the eastern bridge at night

At least in the Network Test, Elden Ring's world doesn't change dramatically between night and day, but there are some things (and enemies) in the world that only show up at certain times. There's a very cool enemy awaiting you on the bridge that crosses Agheel lake, but only at night. To fight it, use a Site of Lost Grace to fast-forward to night time, or just wander over to that part of the map when night occurs naturally. Just make sure you're full on healing flasks. 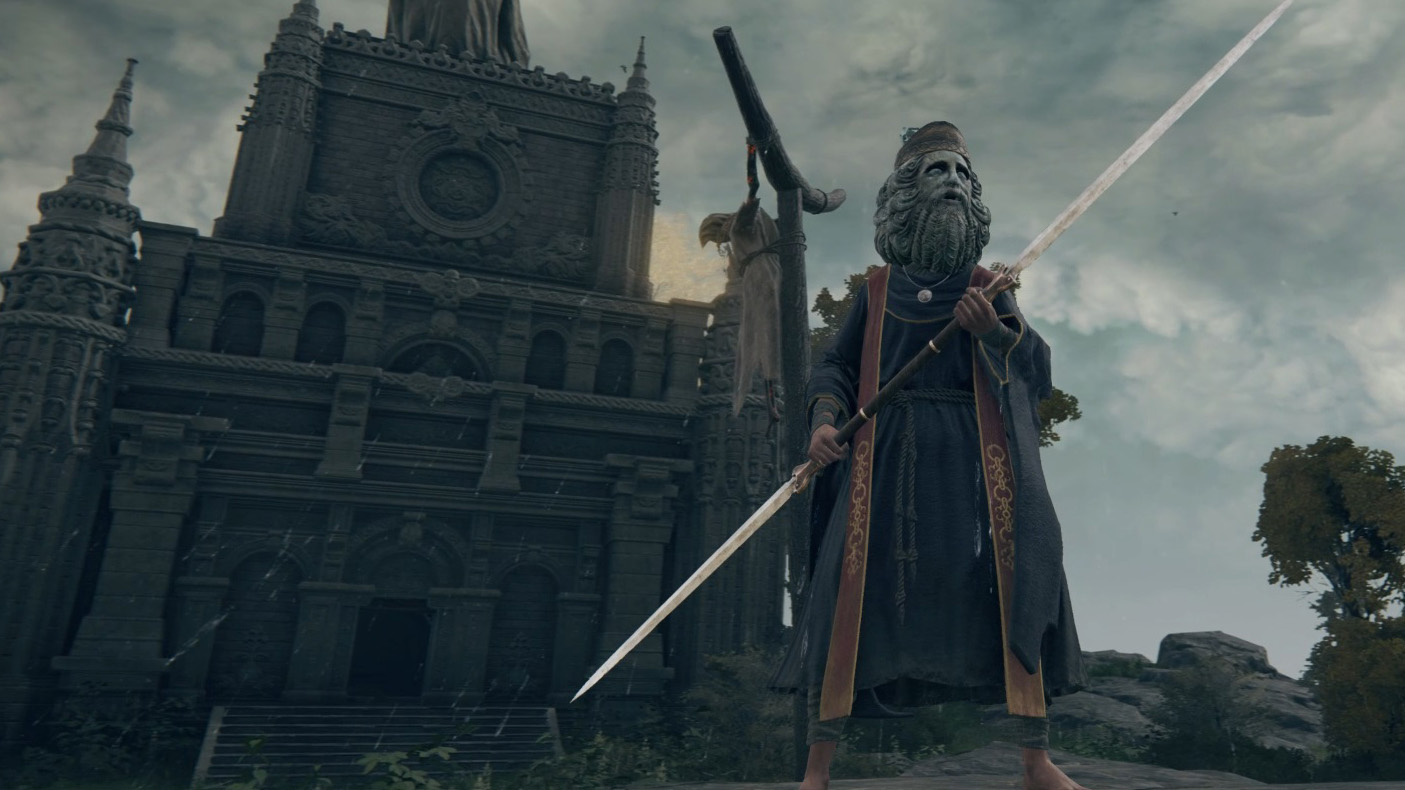 Remembering the origins of the trailblazing PMS...

Remembering the origins of the trailblazing PMS Clan

Valheim dragon eggs: How to find them and what they’re for Valheim Dragon Egg guide