Redout and BallisticNG started to fill the void. There are a bunch of these games now, but almost all of them take after Wipeout more than F-Zero.

Then there's Aero GPX, which looks F-Zero as heeeeell.

This indie racer from developer Aaron McDevitt, which has a Steam page full of mesmerizing gifs, is clearly emulating the F-Zero X / GX games in Nintendo's series, which sent you corkscrewing around tubular tracks at frankly absurd speeds. Aero GPX looks like it's particularly focused on the aggressive side of F-Zero, with a couple ways to slam your ship into other racers to knock them out of the running.

Aero GPX has a bright and bubbly cel shaded aesthetic, but in action it looks manic, with ships doing spin attacks at each other at 1,500 kilometers per hour. The action here might conjure up some painful memories if you ever tried to beat F-Zero GX's notoriously difficult story mode or its grand prix at higher difficulties. Seriously, that game was not messing around. But there really hasn't been a racing game that fast and brutal since, at least not one with F-Zero's relentlessly twisty tracks.

To my knowledge there's really only been one other indie successor to F-Zero in the last few years, and that's Super Pilot. It's been in early access since 2018 and looks like it really gets the speed and track design just right, though with less emphasis on attacking other racers. But you can play it right now, while Aero GPX is currently gearing up for a Kickstarter campaign. What a treat it'd be to have two riffs on one of the best racing games ever made both available on PC. 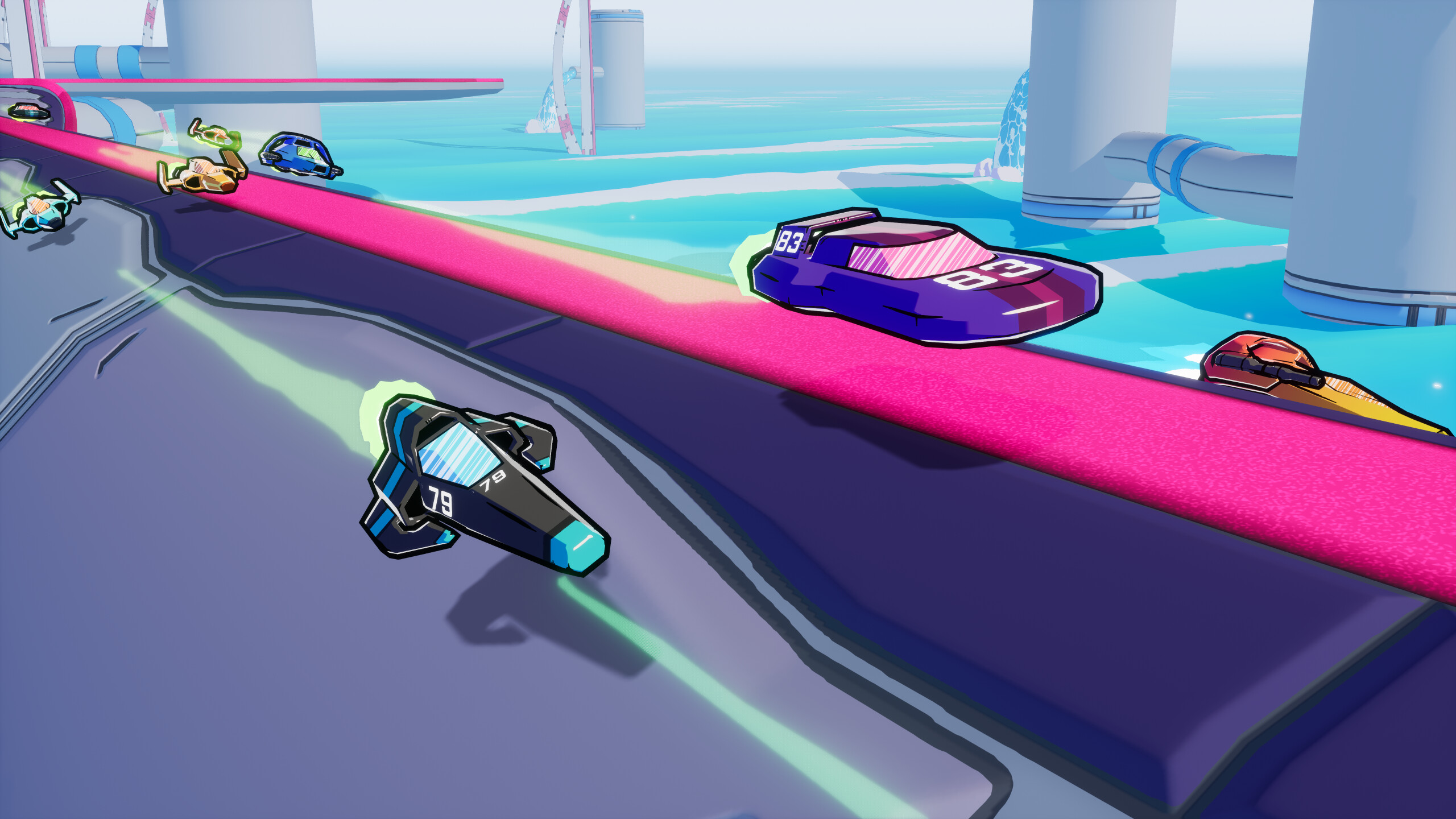 Our favourite QD-OLED monitor gets a $200 cheaper FreeSync variant