Deathloop is almost unanimously glowing: It's got an 88% aggregate score on Metacritic, which includes an 89% review from us. Yet the overall user rating on Steam is “mixed,” with just 64% of the more than 2,400 user reviews coming in as “positive.”

The reason? A majority of the negative reviews on Steam complain of stuttering during gameplay. What's producing the stuttering isn't clear, but that hasn't stopped plenty of theories from circulating on Steam: This guy went deep on why he believes it's a problem with memory write access errors, and of course an awful lot of players blame it on the presence of Denuvo DRM.

Whatever the cause, it's helped produce 1,261 negative reviews so far on Steam, 35% of the current total. It's difficult to say how many PC players are actually experiencing this: Our own analysis of the best settings for Deathloop didn't produce stuttering issues when we tested the game across multiple PCs and hardware configurations.  For those affected, the good news is that Arkane is digging into it.

“While those burgers do look great, regarding performance we are aware of reports that some PC users are experiencing stuttering issues in Deathloop,” Bethesda community manager Andre Carlos wrote in reply to a joke post on Reddit about the problems stemming from Deathloop's extremely good-looking burgers. “We're actively investigating the issue right now as a priority, and will update you with more specific information as soon as possible.”

(To be fair, they are some damn good looking burgers.)

Arkane's last major release, Dishonored 2, also drew criticism for technical issues when it launched in 2016. AMD cards struggled more than Nvidia, but it suffered from across-the-board issues as well including poor scaling between different visual quality settings and lack of support for multiple GPUs. Owners of high-end Nvidia cards were generally fine, but we advised AMD users to hold off until Arkane patched in some performance improvements.

There are no further details or potential workarounds offered, and as far as I can tell there hasn't been any update since the message was posted. We said in our review that it's fairly easy to hit “smooth frame rates at 1080p at reasonable settings on reasonable hardware,” although 4K is a different matter: Even a GeForce RTX 3080 could only maintain 53fps at Ua settings. This stuttering appears unrelated to video settings, though, as multiple Steam reviews claim it happens regardless of resolution settings, and across a wide range of hardware, including fairly high-end cards.

I've reached out to Bethesda to ask about any updates to the situation, and will update myself if I receive a reply. In the meantime, if you're looking to improve your own personal performance in Deathloop, be sure to have a look at our guide to when and where to find each of the game's Visionaries. 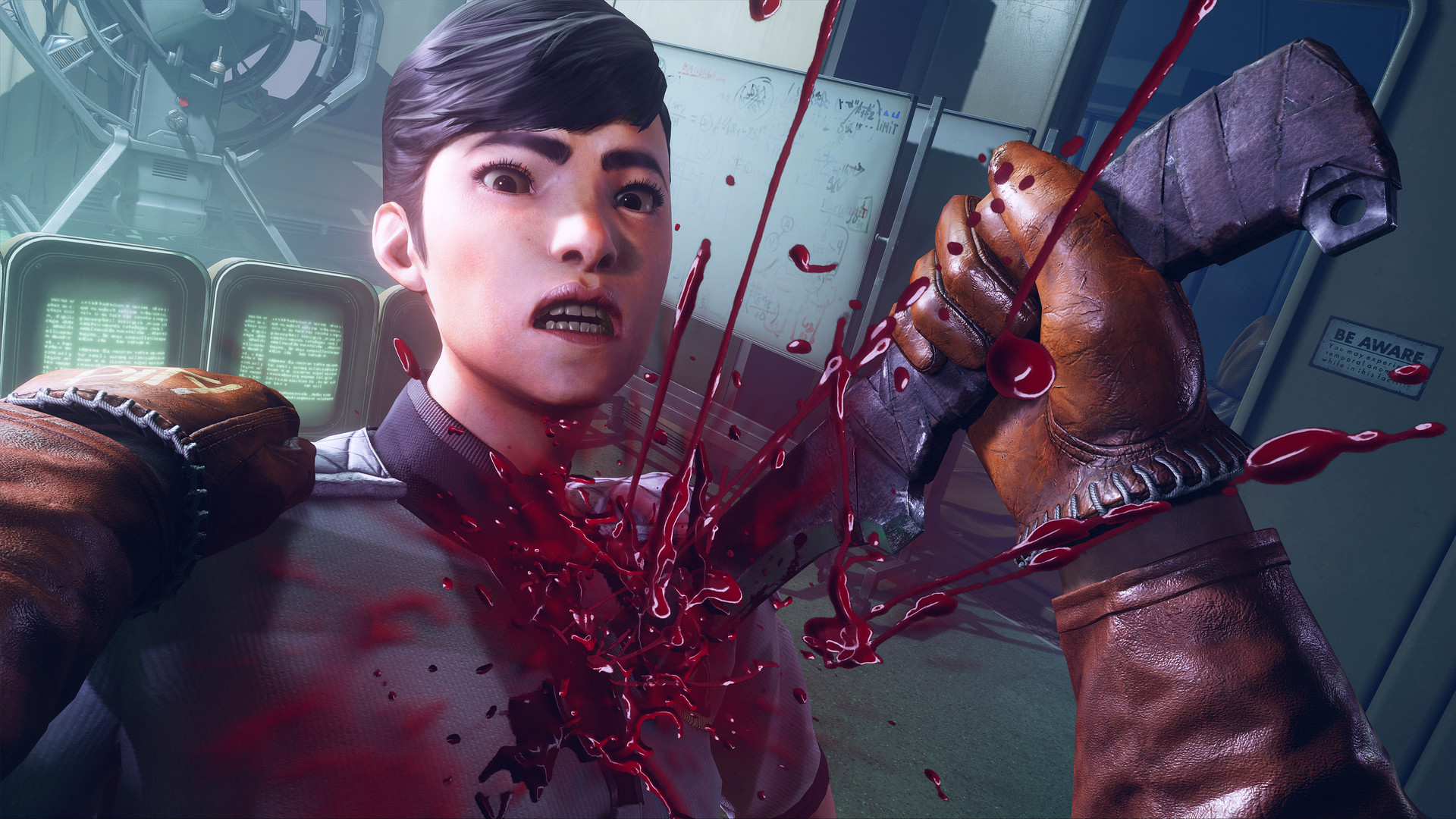 Where is Shanty Town in Fortnite fortnite

After all this time, MMO players are still thirsty for ‘the next World of Warcraft’ New World logo

Where is Destroyed Dish in Fortnite? destroyed dish in fortnite

Razer wants to sell you handless gloves for superior mobile gaming Gaming sleeves on the thumbs playing on their smartphone.