Assassin's Creed Mirage, which was leaked just a few days before the event. Mirage focuses on Basim Ibn Ishaq, otherwise known as Loki in Valhalla, in what was once predicted to be a major DLC for Valhalla. Instead, it's a new standalone game. Mirage's first trailer was a pre-rendered, cinematic deal, giving us an idea of the game's aesthetic and its focus on Basim's early life.

After a string of Assassin's Creeds that focused more on open world RPG gameplay than stealth, Ubisoft trialled infiation-style black box missions again in The Siege of Paris DLC for Valhalla, which many fans of early games in the series welcomed. PC Gamer's Imogen wrote this week that she's desperate for a new stealthy AC game that focuses on the original trilogy's core tenets of parkour and assassinations, and Mirage promises just that.

There are still few details available for Mirage, but here's everything we know about it.

Ubisoft has confirmed that Mirage will be launched in 2023, though there isn't a specific date announced yet. If it follows the pattern of the last few games, you can expect it in late 2023, but hopefully, it'll arrive sooner.

As I said earlier, Basim is your protagonist in Mirage, though how long he'll stay a good guy is anyone's guess. You start out as a common street thief who is spotted and saved by Roshan, a 50-year-old Persian ex-slave and your new mentor. She's voiced by Shohreh Aghdashloo of The Expanse and Mass Effect fame, bringing a certain gravitas to the game.

Basim is plagued with nightmarish visions of demons and has a tragic past, so it's up to you to keep him on the straight and narrow path of the Hidden Ones to fulfil his destiny—or words to that effect. As is pretty common in Assassin's Creed, many historical and political figures will feature in the game, though none have been revealed yet.

If you're a fan of real Assassin's Creed games—I mean the ones that focused on stealth and blending in with monks over going full rage and smashing everyone with a hammer—you'll be pleased to know that Mirage will feature the three key tenets of the original trilogy: stealth, assassinations and parkour. There are all new assassination and parkour animations to look forward to, the corner swing is back and you can use a pole vault to leap over gaps in buildings.

You'll also be able to interfere with scaffolding, set traps, use mines and blow darts to distract, stun and kill enemies, and the usual stealth options you'd expect as an assassin. Your assassin's tool can be upgraded and black box missions will be available for key targets.

Stealth has been reworked so that tracking who you're following—or who is watching you—is easier to see, and you can even slow down time to mark several targets at once for assassination. The story is linear and will be far smaller in scope than Valhalla and the recent open world iterations. There will be some quests you can complete in whatever order you like, but most aren't optional.

Mirage is set in 9th century Baghdad—861 to be precise—during its peak golden age. Rather than traversing an entire country, you'll be limited to Baghdad and its four districts, including Karkh and the round city. It's in the same global region as the first Assassin's Creed but set in a new location, and you'll get to see the home of the assassins, Alamut. The fortress is still under construction, but you can properly visit it this time.

Samarrah was the location that inspired Baghdad in Mirage, as the city was destroyed sometime later and the version that exists now is very different. More districts will be revealed closer to Mirage's release date, so check back for an in-depth look.

The eagle can get shot down in Mirage. Take that, ya wee dick. 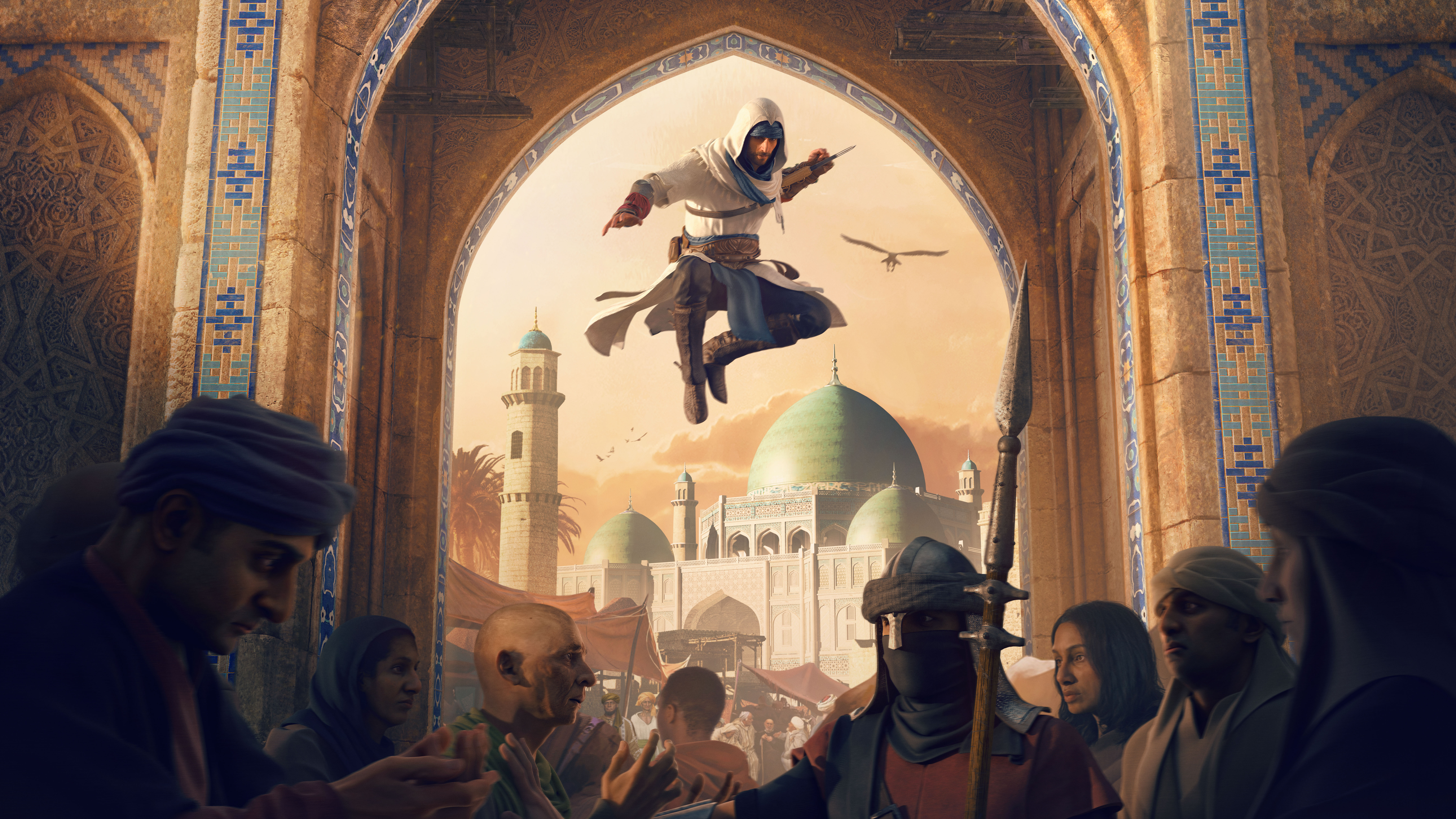