ROG Strix SCAR 17 Special Edition. This appears to be a beefed-up variant of the Asus ROG Strix Scar 2022 gaming laptop that impressed us in review earlier this year, and even found its way into our best gaming laptop list. It features a 12th Gen i9-12950HX 2.3GHz CPU and either a GeForce RTX 3070 Ti, or a 3080 Ti to get the full upgrade experience—though we worry what that might do to the battery life, given how short it was on the regular edition.

Aside from those specs it's still sporting the huge 32GB of DDR5 RAM, which can even be upped to 64GB, and an impressive 1440p 240Hz refresh display. This is a high-end gaming laptop, and it makes that very clear by having the well-known ROG aesthetic. It goes a step further with invisible ink designs only readable with a UV light which will offer clues for that special videogame we mentioned earlier.

SCAR Runner is the aptly named game Asus has released alongside this special edition laptop. It's a first-person parkour game that has a bit of a Ghostrunner look to it. There's a competition tie-in to win prizes including a Strix SCAR 17 SE. Though having one already would be helpful, given those secret UV messages.

Alongside the new SCAR 17, Asus is also releasing a new ROG Flow X16 convertible laptop. This one comes in three different variants that all feature the AMD Ryzen™ 9 6900HS CPU. From there you can choose between an Nvidia RTX 3050 Ti, 3060, or 3070 Ti to pair with that processor.

This laptop also boasts what Asus are calling the ROG Nebular HDR display. This is a 165Hz touchscreen that flips around and has a 3ms response time. It might not be the gaming device of choice over something like the Strix Scar, but it's still a very cool looking compact laptop.

To go with all this cyberpunk gamer aesthetic, new products have been added to the ROG Slash fashion line: new bags and caps that boast a high build quality with water-repellent TPU materials. They don't quite seem to have the fashion sense of either of the laptops, but if you like making sure all your things match then you have a few more options at your disposal.

It's pretty unlikely this hardware will come cheap given the impressive specs, and the same goes for branded merch. Still, we're looking forward to seeing these beasts in person sometime down the line to give our full thoughts. 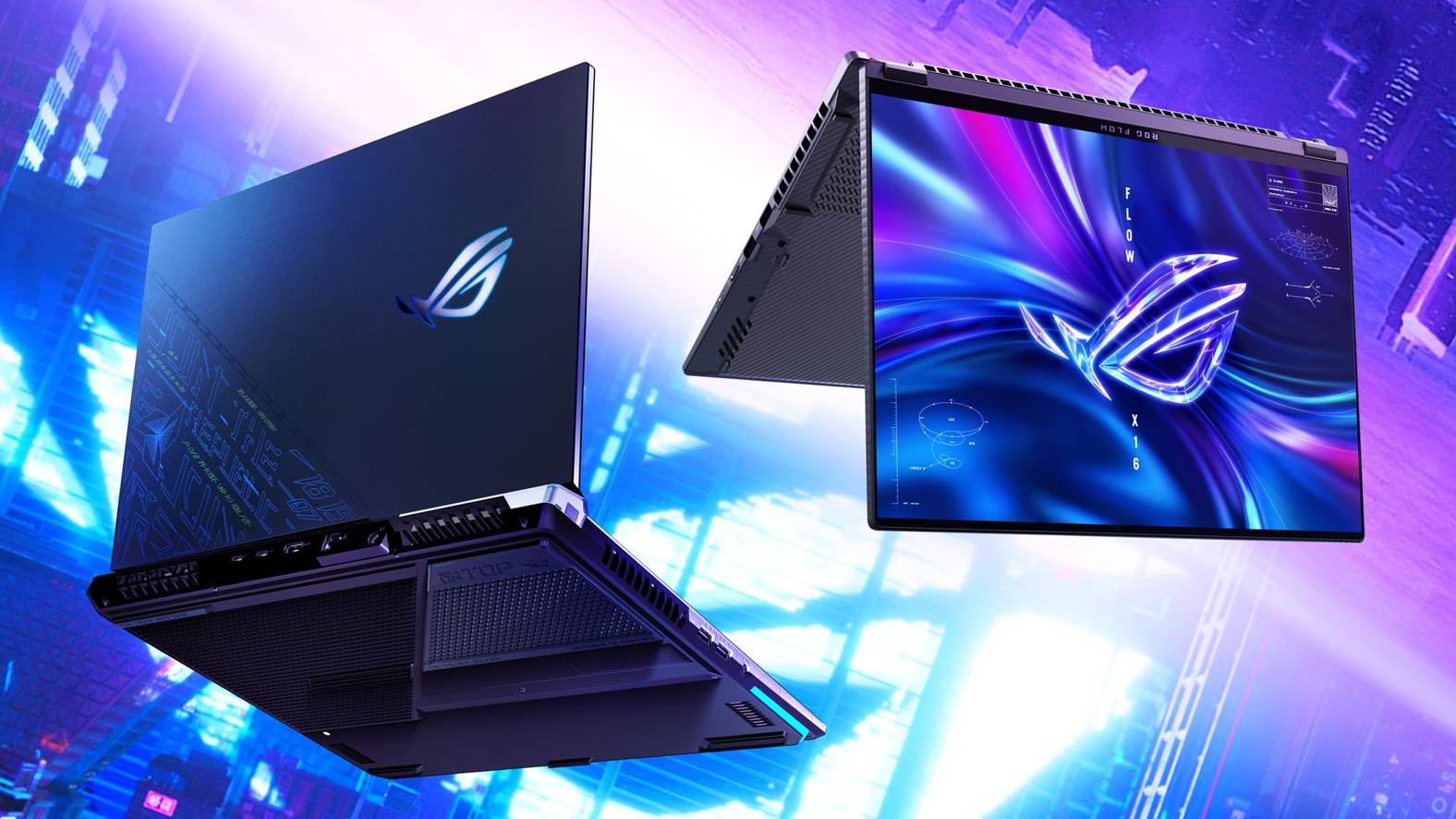