best gaming headsets list. And while it comes with some neat features, such as cross-platform compatibility and good portability—it even hits the right notes in terms of basic sound quality—there are a few things that make it hard to recommend for everyday use.

There's a lot to be said about the clarity of the PG16's sound. On its own it can be a little tinny but once you get into the Spatial Sound Card L software, the sound quality improves exponentially. The software is a little on the sparse side since there are only a few options to play with. These include a few settings for surround sound (up to 7.1, which didn't blow me away) and presets for the EQ that are optimised for different headsets, as well as a few that emphasise or dampen highs or lows. Sadly there's no EQ slider to play around with.

There is, however, a strange 'location' setting with Dubai, Paris and New York all as options, which seem to change the soundscape somewhat, though it doesn't explain exactly what it's doing. Some made audio sound distant and seemed to increase reverb, while others brought sounds closer. Either way it would be nice to have some kind of description on what these actually are.

Another setting that I've not seen on other audio software is the option to change the 'latency target', so you can balance high quality audio with CPU performance. Lowering it should help gamers like us free up our CPU resources when we're not desperate for peak audio performance. Assumedly this feature lowers the amount of processing the software applies to your audio, in order to reduce any latency it might be adding to the feed. The app reports that a latency of 5.3ms is possible with the 'professional use' setting and a professional PCIe audio DAC.

I wasn't able to test this as I don't have one of those, but what I did note was the high CPU usage in this setting. Even when you switch the latency down to 10.7ms in the 'FPS-Enthusiast' setting, CPU usage can reach around 5%. It's meant to give you “less than one frame of audio latency at 60fps” but low latency audio isn't going to mean much if my PC crashes mid game due an overloaded CPU. Metro: Exodus is off the table then.

The lowest latency is meant for “movies and music,” and is meant to deliver “latency that is low enough to keep movies in perfect lip-sync, while maximising your battery life.” The CPU usage does cap out at around 3.5% which is sure to help with battery life compared to to help that along, though there's a significant increase in bass distortion as you decrease the setting.

At 12Hz to 24kHz, the PG16's frequency response isn't terrible, considering many top out at 20kHz, but the 44mm drivers aren't the punchiest around.

Other than the software's hungry CPU usage in lower latency modes, I have no major issues with the sound quality. It's mostly other design choices that get me questioning the price, but we'll get to those in a moment.

It comes in a strangely unique box, one that closes with the use of a Velcro strap. I've already lost the strap so that'll never close properly again. More importantly, the headset's frame boasts an impressive emulation of that HyperX Cloud look with the deep red, metallic trim on black. The PG16 opts, instead of a matte finish on the plastic, for a lovely gloss finish that makes for a satisfying peel. Overall it pulls off the gamer aesthetic well, especially against my red and black Arozzi Arena gaming desk, and it's a pretty restrained design all things considered.

The headset is durable and has a good amount of stretch, which is appreciated. Although the mic not being detachable means it's less portable. It does flip up out of the way, at least, and mutes when you do so.

Though my biggest gripe is that the headband just isn't comfortable for long periods of time. I couldn't wear them for longer than a few hours before the top of my head started hurting.

Until I hit that point, it's nicely snug and there's no pressure in strange places around my face, unlike something like the Roccat Elo. The ear cups rotate, which is a nice touch, and although those actually are comfortable they don't block ambient sound. The site says the headset “insulates against external noise” but it's not so good at doing so. What it literally translates to is “this headset doesn't have any passive sound isolation.” Don't expect to be able to forget the rest of the world unless you have the volume up quite high.

The headset is light enough that it didn't shift too much as I moved around, not that I could move much as the cable is a bit short. It's just long enough that I was able to get up and swap out the lights on my Vertagear SL5000 gaming chair while wearing it, but just 1.4m of cable may cause problems. It's also connected to the right side of the headset, so if you keep your PC on the left side, it's unlikely to reach and will be crossing over your body.

The cable does extend around 15cm when you attach the splitter, which I'll admit is a thoughtful addition to the standard package. You also get a little carry case, and the frame does come with metal hinges to fold the earcups in if you need to take them around with you.

The only thing is I'm not sure I would need to. There's a pretty niche audience for portable headsets with a 3.5mm jack since most phones don't bother to include such a port any more. And if you're one of those people who preaches the audio jack's supremacy over USB, you're probably going to be purchasing something off the best headphones for audiophiles list instead.

All these little oversights, like the CPU usage issues and discomfort after long periods of use, are disappointing. The Austrian Audio PG16 started off with a strong look and some useful features but there's not a huge appeal for me to splash out $135/£129 on a headset that I'm going to need to keep taking off all the time. Especially one with a gangly mic, and whose software eats away at my CPU usage.

When you can get something like the Razer BlackShark V2 wired headset for £100 nowadays—with its 55mm drivers, wider frequency response, detachable mic, and smashing comfort—why pay that extra £30? 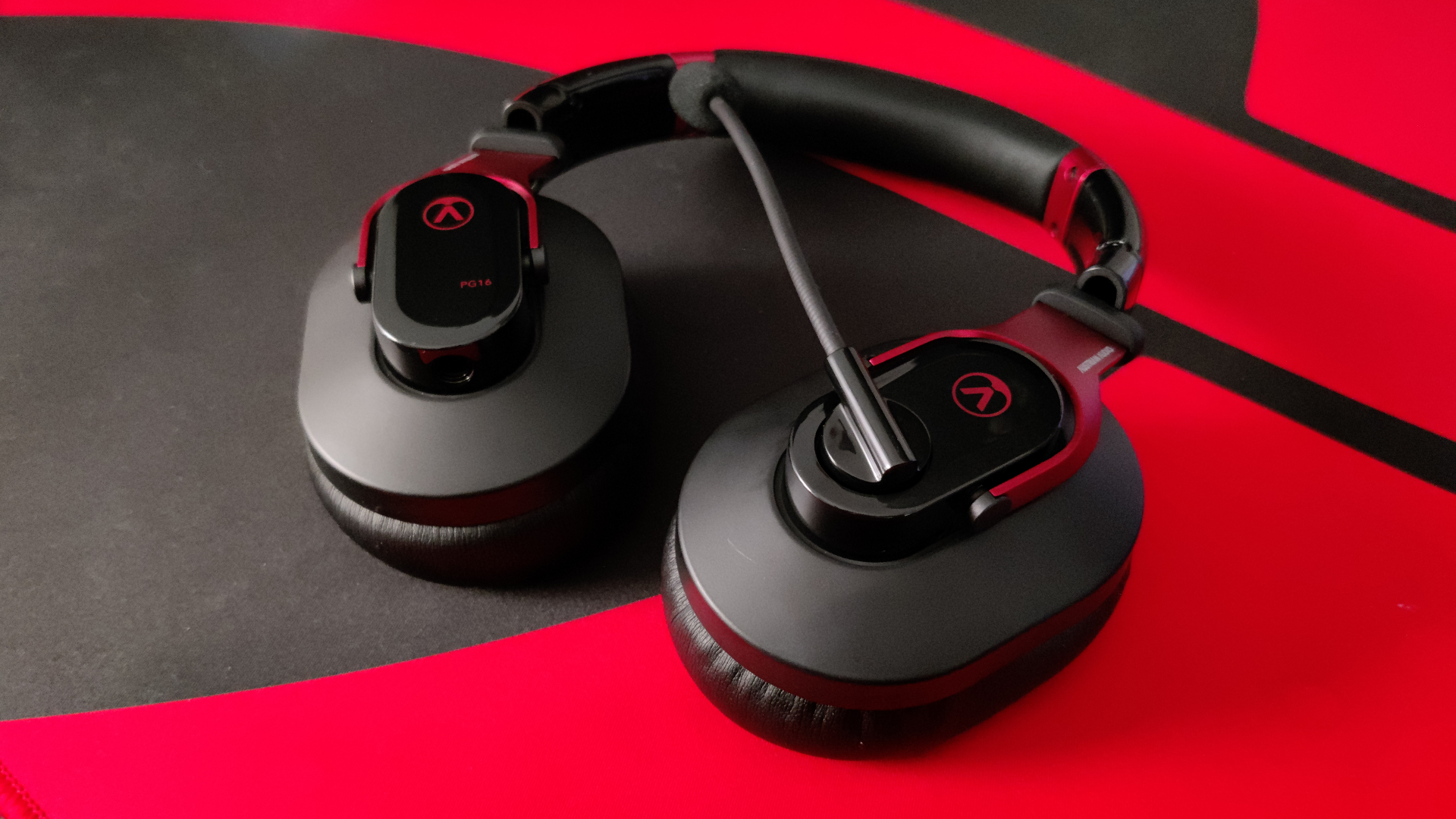