Average graphics card prices have halved since the start of 2022

3DCenter piece digging into historical data cribbed from Jon Peddie Research (paywall), and it highlights the massive change in GPU sales over the cryptomining/pandemic years, but also why Nvidia has found itself in such a serious predicament today.

It's a very thorough analysis of the raw numbers and, despite being native German, the Google translation still makes it very much worth reading. Though I just wanted to pull out a couple of interesting points that it raises.

We do though have to caveat this with a little clarification around what these numbers actually represent; they're not the final sales of cards to end users at retail, they're the sales of graphics cards from manufacturers into the retail channel itself. They're also not going to be 100% accurate, but still close enough for us to be able to draw some conclusions.

The real kicker from this is the average selling price (ASP) of cards going into those retailers. These numbers aren't the vastly over-inflated dollar figures we were used to seeing price-gouging resellers indulge in on ebay, they're not even taken into account here.

That's more than a 300% increase on the average price in just two years.

The reasons for the rise in graphics card prices, and the increase in the overall volume too, have been covered in depth over the last couple of years. But, in short, it was the perfect storm of increased demand for tech due to the pandemic lockdowns, related disruption in the supply chain, and an exponential increase in the profitability of crypto GPU mining via ethereum.

That meant miners would happily hoover up any spare graphics cards they could, and do it in bulk. But, more importantly, the profitability of ethereum mining at the time meant they would also pay any price.

That drove prices to the average gamer through the roof too, and made it either very difficult to buy a card because of limited volumes or because of an unreasonable cost.

You can see from the numbers alone that the tipping point has happened, where supply is starting to outstrip demand, and that the bubble has burst as ethereum edges ever closer to the imminent merge. This is the point where it will end the use of graphics card processing to power the blockchain ledger, and that will likely occur in the next few days, at least that's what Google thinks.

It is worth noting again the dip in sales numbers relates to sales of GPUs into the channels; that's going down because the retailers are starting to realise they don't need to keep buying graphics cards from manufacturers, because they've got a bunch still sat in the warehouse and, with imminent next-gen releases, not all are going to sell.

And they're definitely not going to sell for the prices retailers were previously able to charge just a little while earlier.

At the end of 2021 we were looking at around $1,000 as an average selling price, while the numbers at the end of the second quarter—essentially the end of June 2022—were practically half that at $529.

Sadly, I don't like our chances of ever going back to an age where the average selling price of a graphics card is less than $300. If the last few years have taught us anything, it's that gamers will put up with ridiculous prices for the new shiny GPU thing. And you can bet manufacturers have noted that.

The other numbers worth noting is the difference between AMD and Nvidia when it comes to the volume of graphics cards the two big GPU makers sold into retailers over the past few years. On the AMD side you can see either the difficulty the company had in producing a higher number of cards, or that it chose to keep the numbers down deliberately. It's numbers are remarkably consistent.

The red team only really seemed to kick its manufacturing into gear around the end of 2021 where volumes start to creep towards 3 million cards sold. Anecdotally that's how it seemed to us, too. Where it was all but impossible to pick up a Radeon GPU until late in 2021, when it almost started to dominate retail.

That wasn't really down to GPU mining either, as AMD cards were generally not seen as effective, either from a raw performance or efficiency point of view.

Nvidia, however, went full bore into over-production, with sales topping 9 million at the end of 2020 as it kicked off its RTX 30-series range. From there it continued to grow because, with GPU mining still holding sway for much of the past few years, it could count on those cards being sold. Now the bottom has dropped out of ethereum mining the lag in production and supply means there are a lot of cards floating around in the channel, and retailers are no longer buying in the same volume.

It was inevitable that the cryptocurrency crash, and the expected shift from the GPU-based operation of ethereum to a far more efficient one, would result in a large number of cards both in retail and in the second-hand market. But you really can't blame Nvidia for cashing in on selling spades to the gold miners, so to speak.

Though now it's having to do a bit of damage limitation, and the suggested delays in launching its new cards—or just giving us a single high-performance GPU to drool over in the RTX 4090—are the price we're maybe paying ourselves.

Still, there are still new cards on the horizon. Nvidia's much-leaked RTX 4090 is expected to be shown off by Jen-Hsun on stage at GTC next week, and AMD will have its own Navi 31 cards on show potentially in November this year. 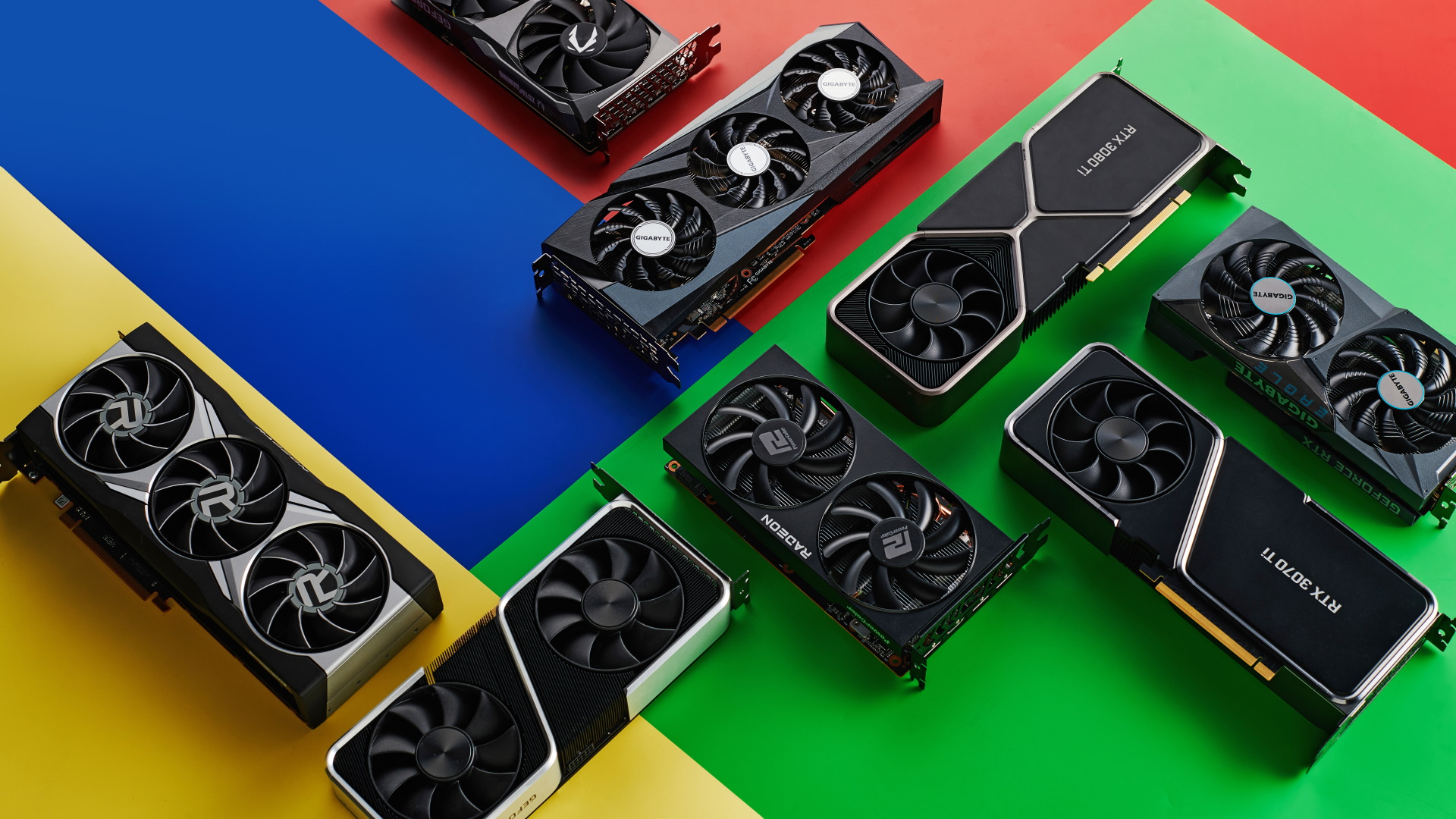 Babylon's Fall Will Shut Down Less Than A Year After Launch