Brace yourself, we’re about to enter the era of peak gaming monitor

48-inch 4K Mobiuz OLED around Gamescom, and it looks like the next generation of gaming monitors is going to demand some powerful hardware.

We've already had the gorgeous Alienware 34-inch OLED gracing our desktops. In fact, our Jacob's been out racing around with Asus' new OLED lovelies.

All of these panels are, of course, 4K. And if you want to chuck about some 8.3 million pixels around in the latest ray-traced game worlds, then you're going to need some serious hardware to back you up.

These are the gaming monitors I've been clamouring for ever since I sat down in front of my first OLED TV. But why is OLED such a big deal? It's all about those self emissive pixels and the fact they can actually deliver true black. This makes them all about the contrast, meaning you don't have to drive your panel to retina-searing peak luminance levels just to deliver a bit of meaningful HDR.

They're also quick. Damned quick. The pixel response time is many times faster on an OLED versus a traditional LCD panel, and that can still make a huge difference in your gaming experience even if the rated latency times are relatively close.

Look at the latest OLED offerings from Alienware, Asus, and BenQ; they're all sporting 0.1ms response times. The new 55-inch Odyssey Ark Mini-LED screen from Samsung, meanwhile, is only rated at 1ms for its GtG rating. Theoretically you could have the OLED pixels changing colour (refreshing the display) ten times for every one time the Samsung screen does. In reality it might even be more than that because of the sometimes fudged nature of those grey-to-grey measurements manufacturers use.

The colours and motion of these OLED screens are outstanding, too, adding a level of vibrancy to an image you don't get from more traditional panels.

So, what's the downside? There are still the issues of burn-in for OLED panels, where static images can leave a residual, almost spectral image on the screen forever more. But the real issue is cost. OLED panels are bastard hard to manufacture, and that makes them incredibly expensive, too.

For a long while only LG manufactured OLED panels, because it was the only one prepared to make that investment. South Korean rival, Samsung, gave up pursuing the self-emissive tech years ago, and has only recently dipped its techie toes back in—the Alienware is actually using a Samsung OLED panel, for example.

The price is more of an issue in the burgeoning world of the gaming monitor, where OLED displays are only a relatively modern phenomenon. In the world of TVs they've been around for a while… which might actually make things a bit messy when Asus and BenQ are trying to sell 48-inch panels (ostensibly ripped straight off a TV line) for around $2,000.

LG's outstanding OLED Evo C2 series comes in the same 42- and 48-inch sizes that Asus is touting for its new Swift screens, but for a chunk less cash. It still has the same 0.1ms response time, 120Hz refresh rate, and low input lag settings specifically for gaming.

What Asus can offer, however, is a DisplayPort connection and the potential to overclock to a 138Hz refresh rate. Though, honestly, this extra 18Hz isn't that big a deal for me.

But while this new OLED era is a big deal for the high-end monitor enthusiast—and we would absolutely recommend spending big on the best gaming monitor as they will likely outlast your current gaming setup—there is hope at the other end, too.

We've seen lots of great deals recently on quality IPS gaming monitors, and BenQ itself has shipped us a couple of its more affordable sub-$200 Mobiuz screens. So if, like most of the rest of us, you can't in good conscience drop $1.5K on a new panel, there are still great options out there. And with new entrants into the monitor market arriving with great mid-range options, such as NZXT's Canvas 32 and now the HyperX Armada—under its new HP overlords—the future sure is looking good. 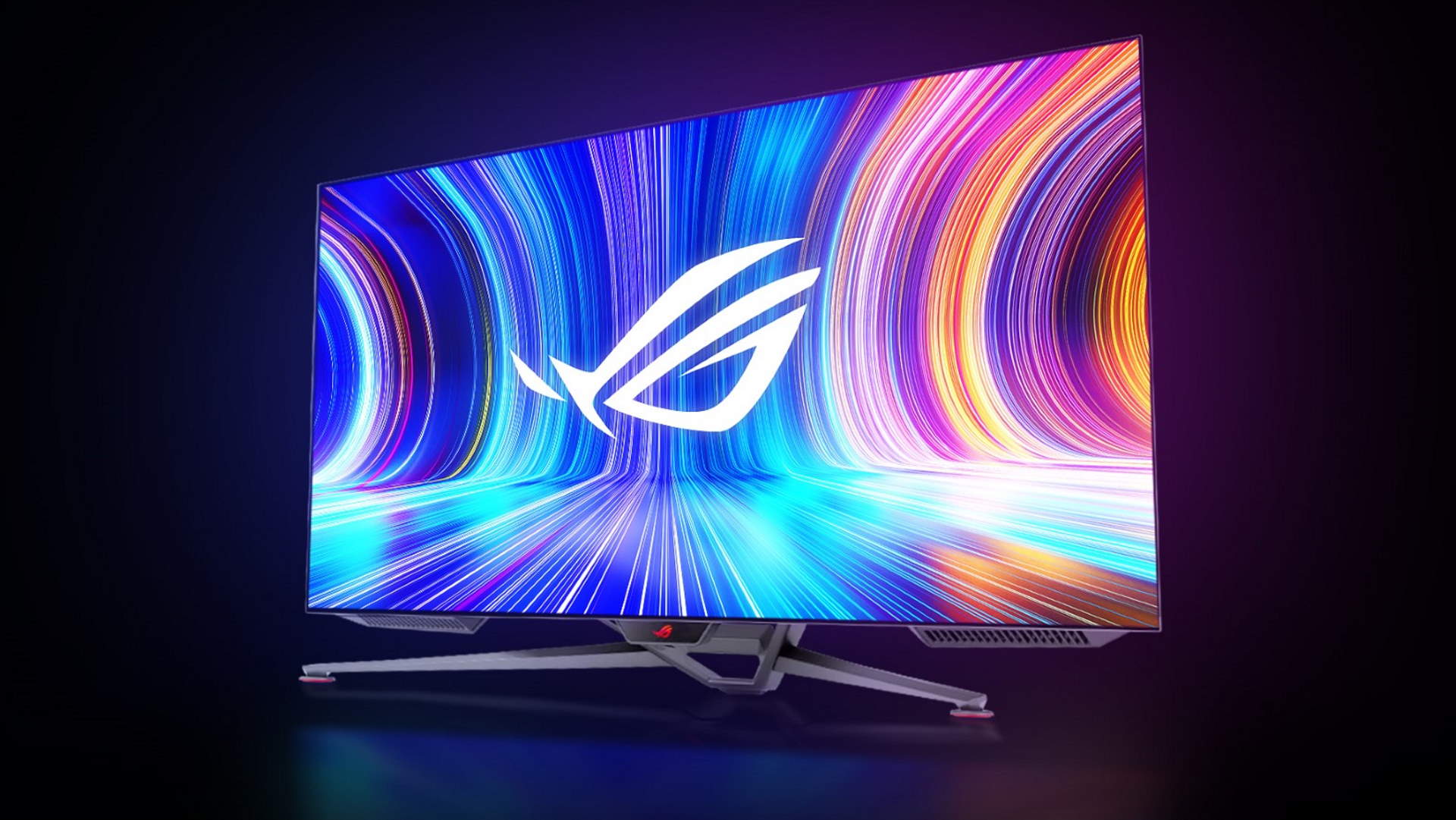 How to watch the Future Games Show at Gamescom 2022