Cavill's love of games doesn't just end with The Witcher. You may recall that video of him building his PC and the ruckus it caused on the internet. He has also been known to play Overwatch, and he's a big Warhammer fan as well. Here's an especially fun interview where Cavill had to politely explain that Warhammer is not World of Warcraft, and that painting miniatures is a perfectly normal hobby, thank you.

Robert Pattinson talking about Final Fantasy 7 and how he was in love with Aeris and Tifa for Clique X. #TheBatman pic.twitter.com/yqbkF1CqUwFebruary 26, 2022

The Twilight fan in me is always happy to add Robert Pattinson to any conversation topic, but he's here because of his Final Fantasy VII rant. The Batman actor has an adorable conversation with co-star Zoe Kravitz where he desperately tries to explain the importance of Aerith and Tifa in Final Fantasty VII and how he cried when (spoilers) Aerith died. He even explains that depending on the version of the game Aerith's name could be Aerith or Aeris. He's such a nerd for this one game and it's so wholesome watching him try his absolute best to make this sound as exciting as possible.

Snoop Dogg is another high profile celebrity with a public appreciation for games. The rapper has been known to go live playing Call of Duty Warzone, although he's not exactly the most seasoned streamer. He once left the stream running for seven hours after a rage quit which provided quite the funny moment where he comes back to the computer to stop the stream. He also went live without audio for a week and none of his fans could even tell him despite their best efforts. It almost sounds like performance art.

Snoop loves a bit of CoD and some Madden, based on what he plays live on his channel DoodyDog20.

Though I confess I don't know Terry Crew's favourite game, he's at least built a PC before. In an interview with Business Insider, the actor tells the story of how he took an interest in his childrens' passions, which included PC gaming. After not understanding why his son liked watching people play games, he says: “I realised I was losing my son. I was losing him. And I said, I need to be part of his world. I need to find out what he's about. Because you know, so many times parents are like 'Okay, come on you're gonna come to work with dad. Come and do what dad wants you to do.” And I realised I didn't want to be that guy.”

So Crews set out to build a PC with his son and discovered the joy that activity could bring as a bonding experience. Wholesome, hey? This is why building your own PC is great.

Crews also had a custom build made for him by JayzTwoCents, which looks wicked, and happens to be Old Spice themed.

Kasparov isn't exactly a celebrity unless you're into chess. But if you're into chess, he's a superstar. The top-ranked chess player in the world for decades, this Grandmaster has quite an appreciation for online games in addition to chess. More specifically, Garry Kasparov likes a bit of Hearthstone.

Blizzard did a promotional video for Hearthstone with the chess legend where he chats about how he enjoys its challenge and says some of the wider chess community do too. The interview hinges on how Kasparov was beaten by an AI back in 1997, which was his first loss and one he took personally. However, he says that Hearthstone's draw is that the AI you play against aren't going to have mastered the game, like an AI could master chess, as there are so many variables. Clearly Kasparov still gets a kick out of outsmarting computers.

Jack Black has starred in his own game, Brütal Legend, so I imagine that's up there on his list of favourites. But bizarrely, he loves Five Nights at Freddy's enough that he knows The Living Tombstone's song of the same name. Black started a YouTube channel called JablinskiGames, offering video proof that he owns a gaming chair.

Also, he made this TikTok. Enjoy it.

Yes, Jamie Lee Curtis really officiated her daughter's wedding in full cosplay. The actress, best known for her role in the Halloween films, has been known to cosplay here and there. For her daughter's wedding she wore a full Jaina Proudmoore costume, but she also attended EVO in 2015 as Street Fighter's Vega as the mask allowed her to hide her true identity. Badass.

Hobbits love two things: Food and League of Legends, it seems. Actors Dominic Monaghan and Billy Boyd played a lot of League of Legends over lockdown it seems and they've talked multiple times about their love of the game including on their podcast. Apparently they've even attempted to get fellow hobbit Elijah Wood to play. How wholesome, eh? I mean when they're not arguing about whose fault a loss is, I imagine.

Mila Kunis was a World of Warcraft fanatic at one point—so bad that she seemingly had to cut the game out of her life. The actress speaks briefly about her love of the game on her episode of Hot Ones from 2021 on YouTube, where she says that she knew her habit was getting out of hand when her agent had to log into the game to speak with her. And her character had pink hair and pigtails, which is cute.

On the topic of World of Warcraft, the Stranger Things star says that the game ruined his life. He said in an interview that back in 2005 he played “the shit” out of the game. Harbour apparently played a night-elf warrior named Norad who was second tank of his guild. The actor says that for a year he was hooked on WoW to the point that he was “out of [his] mind.”

Harbour also loved playing The Sims and that happened to get him out of his Warcraft phase. Harbbour watched one of his sims become too focused on videogames rather than the life happening around him and reevaluated his life. Without The Sims, I wonder where the actor would be now.

Loads of others celebs have appeared in games and around gaming culture like Rosario Dawson and Samuel L. Jackson, but they've yet to declare a favourite PC game as far as I can see. Of course there will be those who play in the secrecy of their own homes, and to them I say: Go on, confess that you're nerds just like us. 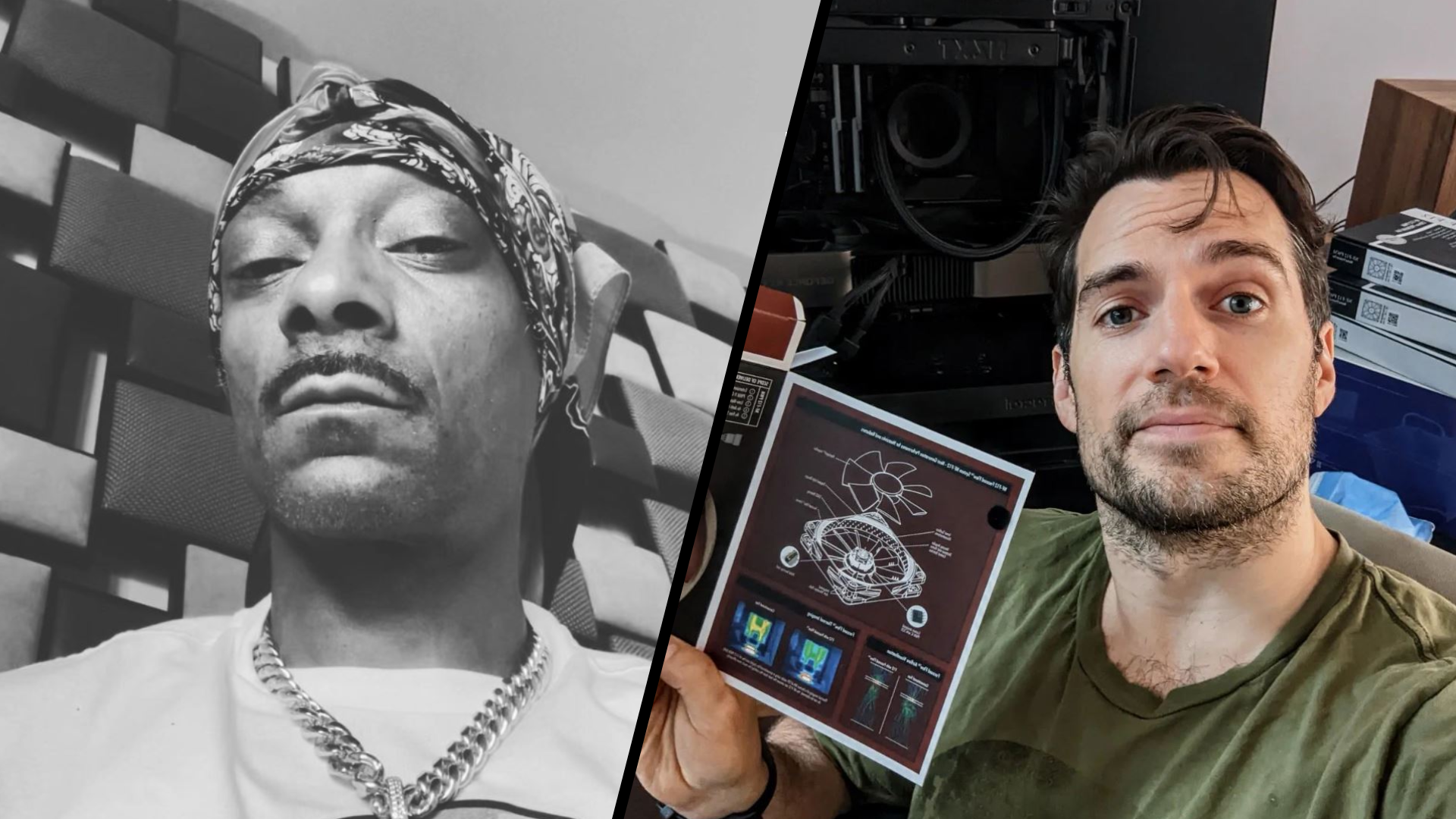