Metro Exodus at Ukrainian studio 4A Games, was reportedly killed during a “combat mission” against Russian forces invading the country. News of Korzinkin's death was shared on Twitter by Remedy gameplay designer Leonid Stepanov, who previously worked with Korzinkin at 4A Games.

“Andrii 'Nizrok' Korzinkin (@korzinkin_3d) died while performing a combat mission in the struggle for independence, sovereignty and territorial integrity of Ukraine,” Stepanov tweeted. “A talented animator, incredible person and real hero. Rest in peace, friend. We all miss you.”

Andrii “Nizrok” Korzinkin (@korzinkin_3d) died while performing a combat mission in the struggle for independence, sovereignty and territorial integrity of Ukraine. A talented animator, incredible person and real hero. Rest in peace, friend. We all miss you. https://t.co/2OC83CMdfUOctober 2, 2022

Stepanov told PC Gamer that he befriended Korzinkin after joining 4A Games, where Korzinkin “was responsible for a lot of the animation of various characters and cutscenes.”

“We got to know each other better while working on common tasks,” Stepanov said. “I was immediately struck by his kind nature and desire to always help. This trait of his was noticed by many other colleagues too. And of course his technical skills were stunning.”

Korzinkin was passionate about both developing and playing games, Stepanov said, and was inspired by the work of God of War creative director Cory Barlog. “[Barlog] was an animator at the beginning of his professional journey too,” Stepanov said. “That's why Andrii was studying other components of development in order to be able to do as much as possible on the way to his own project.”

Stepanov said he first became aware of Korzinkin's death through a LinkedIin post made by a mutual friend. Later, another friend of Korzinkin also tweeted about attending the funeral.

“My first reaction was denial. That this is impossible, that this could not happen to Andrii,” he said. “And even later, when I was doing reposts of this terrible news myself, I hoped that it would all turn out to be a mistake. But then information about this was confirmed from other people. It was very painful. Now it remains only to keep wonderful memories of Andrii, pass them to other people and do everything so that his death is not in vain.”

Other current and former developers at 4A Games also paid tribute to Korzinkin on social media.

“My friend, talented animator and great and humble person korzinkin_3d performing combat mission heroically died defending Ukraine,” tweeted animator Serhii Krystiev, who worked with Korzinkin on Metro Exodus. “I don't have any words to describe this loss. He was a person who I always wanted to be alike as a professional. Rest in peace my friend.”

Andrii – was only one animator in the world pashioned enough to animate nunchucks. We will never forget you pic.twitter.com/3c5TzK9QpMOctober 3, 2022

“Andrii was an awesome human being, very responsive and supportive, always ready to help, incredibly responsible and dedicated person,” Metro Exodus lead technical designer Vitalii Keda wrote in a LinkedIn post. “I've known him since our work together at 4A Games on Metro Exodus and he always stood out with his dry humor and strive for excellence. His positive attitude has always got me fueled up to keep going and instilled not to hesitate to face difficulties both professionally and personally. You will be missed, dear friend. Rest in peace.”

Andrii Krasavin, a senior game designer on Metro Exodus, said he knew Korzinkin more professionally than personally, but described him as “ready to stand on duty” in the face of the Russian invasion. “He's from Mariupol and this terror touched his family a lot,” Krasavin told PC Gamer via DM.

4A Games, which relocated its headquarters to Malta in 2014 following the first Russian invasion of Ukraine (it maintains a studio in Kyiv), has not commented on Korzinkin's death. The studio has been outspoken about Ukrainian independence, however: It joined other studios in decrying the second Russian invasion and calling for support for the Armed Forces of Ukraine earlier this year, and on Ukraine's Independence Day on August 24, it called on Ukranians to “stand strong and courageous” in the “fight for independence.”

Korzinkin isn't the only 4A Games employee to join the Armed Forces of Ukraine following the Russian invasion. Stepanov said he knew “eight people for sure” from the studio who are now serving in the military, a number Krasavin confirmed.

“We have some more guys on the frontline from the first days [of the invasion],” Krasavin said. “First, some of them joined territorial defense, and after some time they got transferred to the battlefield. The rest were training and studying the military before the start to be prepared, because in the last peaceful months we all already knew that it’s gonna happen.” 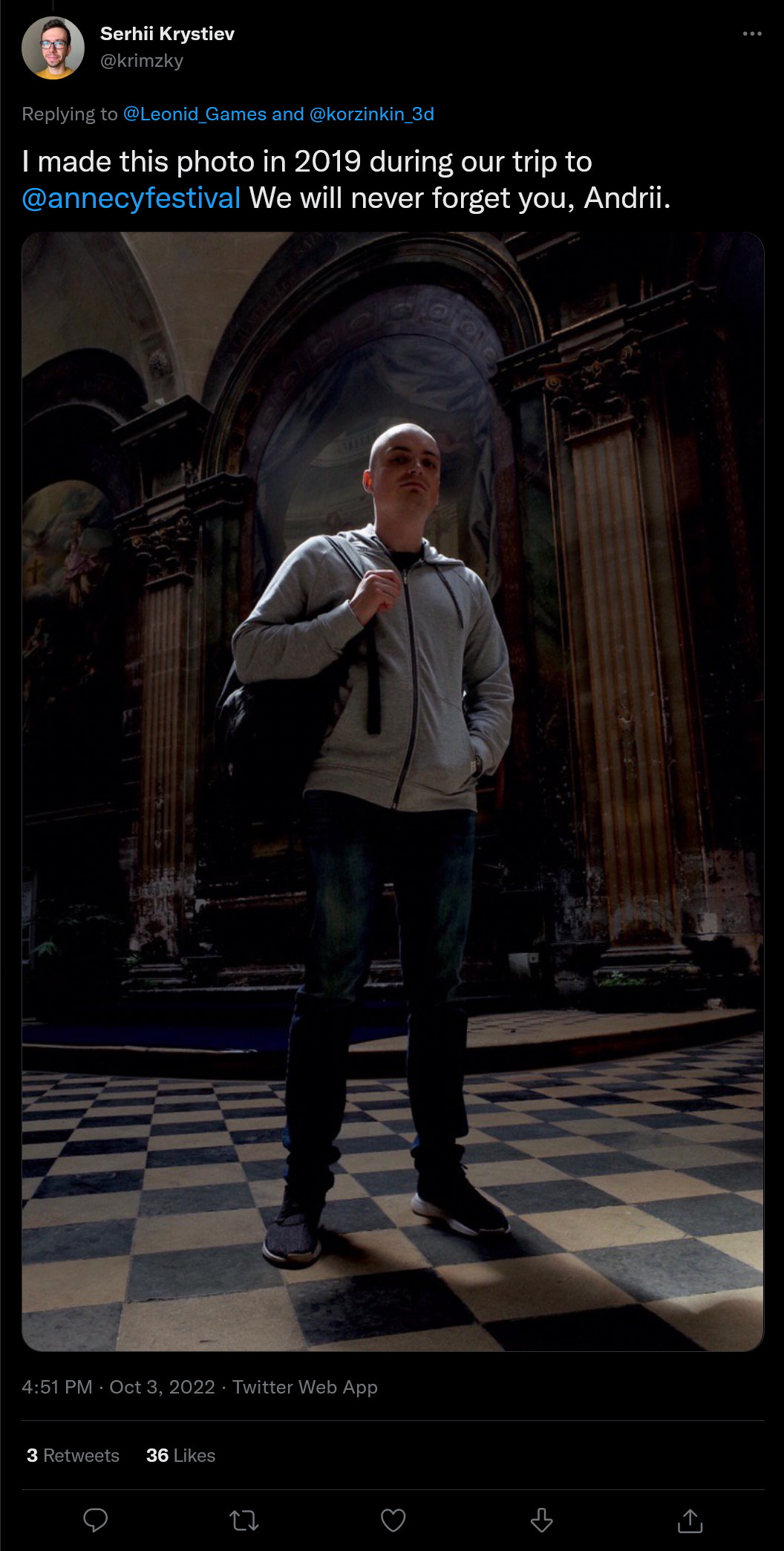 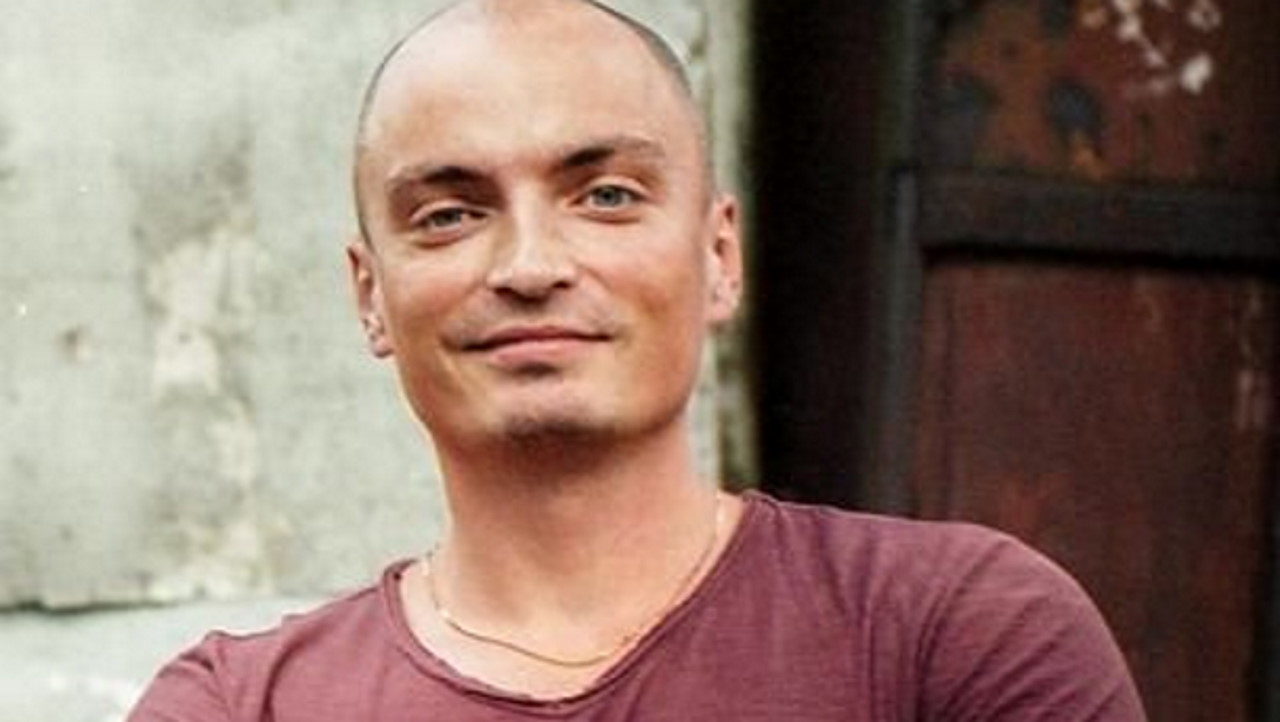