Cyberpunk 2077 will soon get an update that will push its ray tracing to the next level with the introduction of a new Ray Tracing: Overdrive setting. This was announced as part of Nvidia's RTX 40-series launch, as Nvidia used the new mode to show off the frame rate capabilities of its new DLSS 3 tech. That's good news for anyone that enjoys rampaging through Night City, although it's potentially bad news for your graphics card if the native frame rates are anything to go by.

In a video showing off the improvements that DLSS 3 can make to the performance of the game, the native frame rate can be seen hovering just over 20fps. DLSS 3 does make a massive difference here, boosting this up to 98fps, but that still paints a worrying picture if the mighty RTX 4090 barely gets out of the mid-20s without the magic of AI-powered upscaling.

On the graph showing off the performance of the new cards, Nvidia appears to suggest that the RTX 3090 Ti, you know, the current fastest card around, managed a quarter of the frame rate of the RTX 4090. Yup, you're back at that 21–23fps again. And according to the blurb at the bottom of that graph, that's whilst using DLSS. Gulp.

So what has Nvidia and CD Projekt Red done to punish our graphics cards in this way? They've turned everything up a notch in the ray tracing rendering pipeline. Specifically, you're looking at:

The full-resolution ray-traced reflections are particularly welcome, as that's something that is obvious and jarring even using the psycho rendering mode in the current game. From the short video at the top of the story, it certainly looks like an impressive update.

Hopefully, this will arrive before the Phantom Liberty expansion drops as well, although that isn't due until some time in 2023. We'd imagine the Overdrive patch will launch close to the GeForce RTX 4090 being unleashed on October 12. 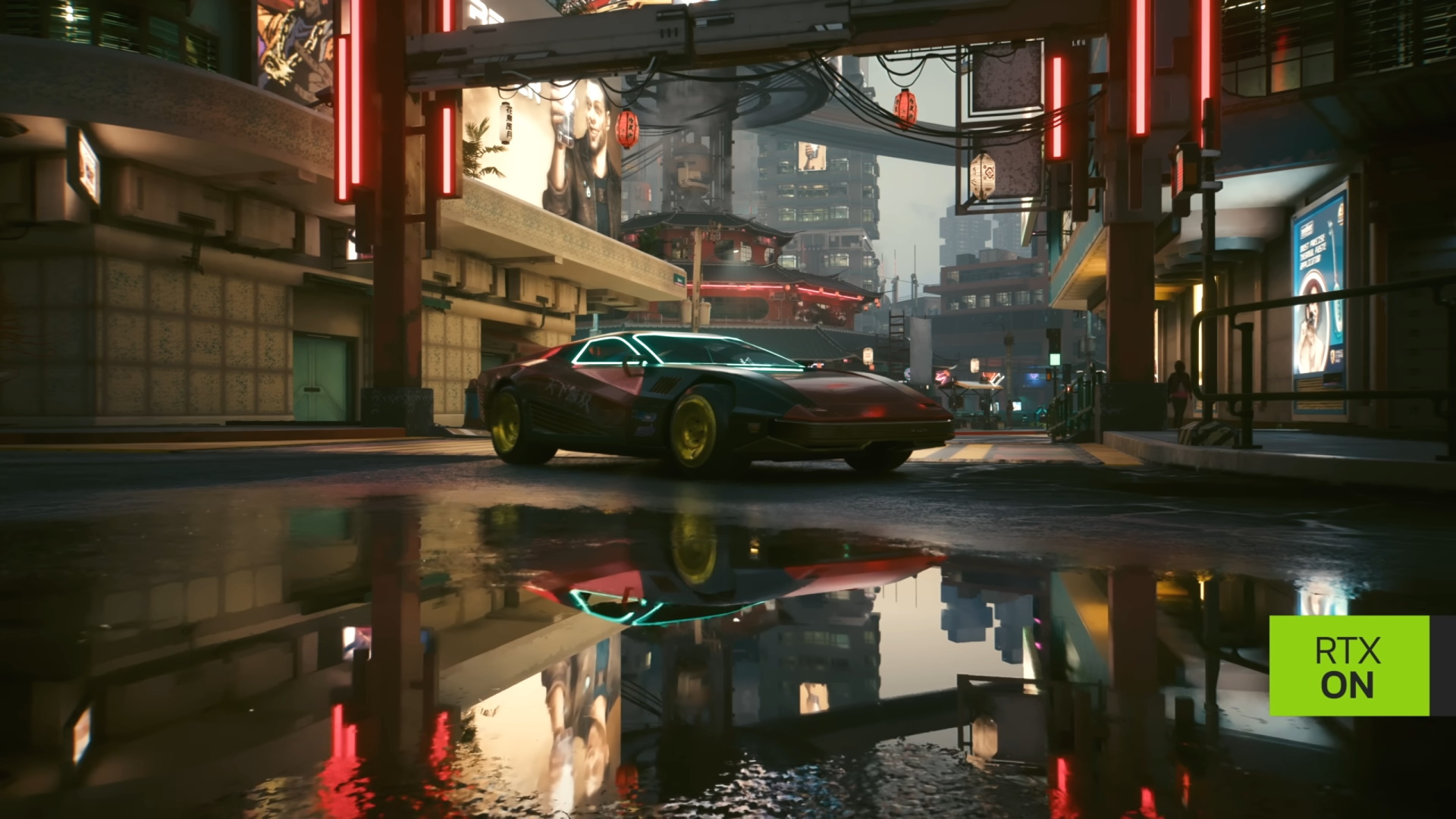