updated version of Spelljammer for D&D 5th edition comes as three slim hardcovers, 64 pages each, in a slipcase with a DM's screen. There's a bestiary, called Boo's Astral Menagerie, with stats for everything from barnacles that feed off ship magic then shoot it back out, to hyper-fashionable humanoids evolved from cephalopods who believe war is artistic expression. (A couple of creatures from another old setting sneak in too, the thri-kreen bug people and surran lizardfolk from the extremely 1990s world of Dark Sun.) There's also an adventure book, Light of Xaryxis, which presents a pulp mini-campaign designed to be run in 12 short sessions complete with cliffhanger endings. It's explicitly inspired by the 1980 Flash Gordon movie, which it even suggests watching in the intro.

Then there's the rulebook. The Astral Adventurer's Guide gets off to a strong start with player-character options like mechanical autognomes, the aforementioned thri-kreen, and stretchy ooze people called plasmoids. It sums up the differences between Wildspace (the gap between worlds, like space only warm and you automatically bring a bubble of oxygen and gravity when you enter it) and the Astral Sea (the space between systems, a heavenly realm of pure thought), and then deals with ship-to-ship combat in about half a page.

On certain corners of the internet this has been seen as an oversight of cruel proportions, a scam that sounds the death knell of D&D. Someone's probably burning their rulebooks on YouTube as we speak. But here's the thing: I've never seen an RPG with ship combat rules people actually liked. They're either a minigame you need figurines and an empty table to play out (maybe an empty floor, depending how they treat weapon ranges), or an abstraction that's tough to relate to what the PCs are actually doing. I guarantee that if Spelljammer came with an in-depth ship combat ruleset maybe one or two of my players would dig with it, and the rest would be split between not being engaged or just plain hating it.

Though there are rules for what happens when ships crash, as well as advice on starting distance and initiative, the intent is that you only have time to get off a shot with the ballista or mangonel to soften up your opponent, and then you close—either swinging across on ropes or preparing to repel boarders. Spelljammer assumes player-characters are about level 5 before they're ready to travel between worlds, and that means they've probably got a sheet full of abilities, feats, spells, and at least one uncommon magic item. Make the neat stuff you can already do the focus of your space battles, it says.

The absence that hits harder for me is the lack of setting information. Following a section on ship stats, the most detailed part of the book with full deck plans for 16 craft to swashbuckle across, comes a chapter on the Rock of Bral. This pirate haven hub for your adventures gets a fancy fold-out map, but its locations are summed up briefly, and the characters who live there get short shrift.

There's a great illustration of a friendly bar-owning beholder named Large Luigi, exactly the kind of larger-than-life NPC you want Spelljammer to be full of, but this section feels abbreviated, crammed into a tight page count. And if you want a broader history of the setting or its factions, you won't find that here either.

Those gaps can be filled with info from the original version of Spelljammer, whether sourced from the Forgotten Realms wiki (one of the better fan-run collections of nerd knowledge, here's its section on Realmspace for instance), while pdfs of the old books from AD&D 2e like Rock of Bral are available too. You'll need to sift out stuff that references the more problematic aspects of ye olde D&D, most of which have been quietly ignored in the new books (though there was an unfortunate slip-up with the hadozee, which the publisher apologized for and removed).

It does feel like Spelljammer 5e was written with the assumption that people will just Google it when, for example, they want to know what an astral dominion is like. I'm not sure how I feel about that.

Something Spelljammer absolutely nails is the artwork, and that's vital. I remember being intrigued by the original books and then cracking them open to find pages and pages of dry text broken only occasionally by art that was as likely to be a picture of some rocks in space as it was something exciting. I gravitated to the more lavish-looking Planescape books instead because I'm shallow.

Even if you're not as shallow as me, art is important when you're trying to get across outré concepts like “space is a psychedelic swirl that fish swim in and sometimes asteroids are alive”, and these three books are full of vivid imagery you'll want to show players. I just wish there were more pictures of NPCs. If there's a named character I want to see a headshot of them, gosh darn it

But I'm definitely not bothered by the lack of ship-to-ship combat subsystems. Minimizing the amount of new stuff everyone has to learn is for the best, and I'm glad to see they've dropped the rules for spellcasters losing spells when they pilot spelljammers, and clerics being restricted based on whether their god has enough influence in any given area of Wildspace. The absence of complex options encourages a loosey-goosey approach that's more in-line with how 5e works best—encouraging you to strategically ignore the rules when someone has an idea that's fun.

Playing a Spelljammer game recently, the first two things I did when our ship was ambushed from behind was convince the pilot to do a “Waterdeep drift” to get the forward-mounted ballista lined up, and then use one of my arcane archer's abilities on said ballista. The first act was pointless since by the rules a spelljammer ship can reorient to face any direction on its turn—they're magic after all—and the second was technically illegal since arcane shot is only supposed to work with shortbows or longbows. But the DM, bless him, said “yes, and” to both so I got to do a cool ridiculous thing. About 90% of D&D is letting players do cool ridiculous things.

I hope that when the Planescape setting gets a similar treatment next year it's handled a little differently, though. Like Spelljammer, Planescape has a default hub to serve as a base for players, the interdimensional city of Sigil, and I'd love to get a comprehensive overview of that, complete with full write-ups of colorful NPCs, even if it means a shorter adventure and less monsters.

The old rules for magic items gradually weakening as they're taken away from their plane of origin can absolutely get in the bin, though. 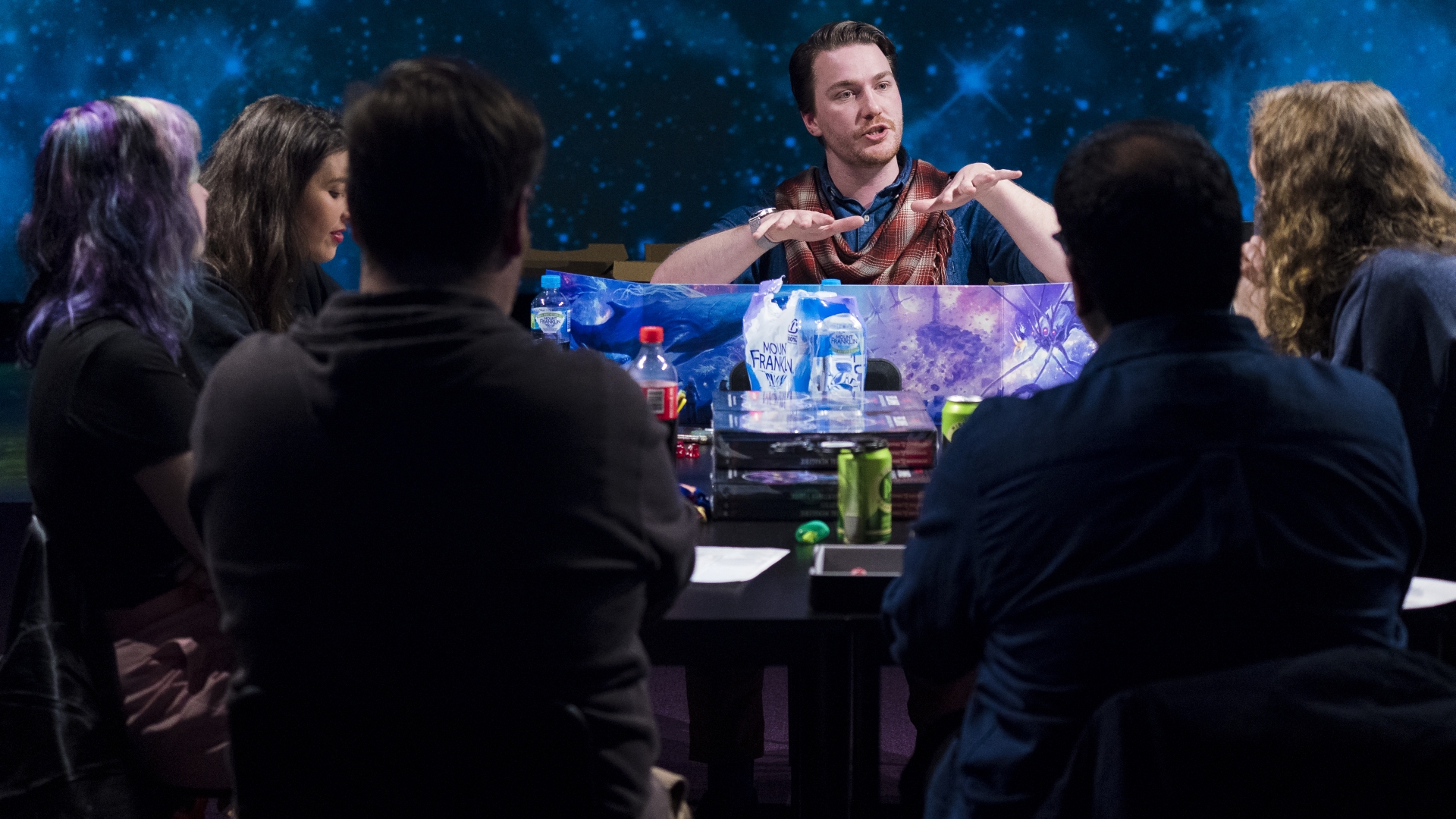