Baldur's Gate 3, escaped their mind flayer masters to hide here, and it's home to titanic predators called astral dreadnoughts, and more space whales. There's a lot going on. Plus, as a realm of pure thought you don't need to breathe, eat, or sleep, in the Astral Sea and can navigate by imagining where you want to go, unfurling the sails, and catching a psychic wind.

“It facilitates the kind of play and excitement that we want in a D&D game,” Perkins says. “Fun stuff can happen there, you can get to your destination quickly if the DM just wants to say, 'and you're there'. It's got tremendous versatility and it opens up doorways to other parts of our multiverse, some of which we haven't explored yet, but will in future product.”

Exploring the Astral Sea, and the rest of the setting, is the adventure Light of Xaryxis. It also introduces the unique physics for players who are new to it. “In the adventure characters go have this scene where they leave their world on a space galleon,” Perkins says, “and they have the experience of, 'OK, I'm not flying off the deck of my ship, what's going on here? Somebody explain this to me? I can breathe. Can somebody please explain that to me?' Those things are expressly covered in the adventure in the situation that the characters find themselves. The rulebook also talks about these topics, but more in a general sense of 'this is the way things are and this is how space works in D&D.'”

Discussing the inspiration for this adventure, Perkins gets up and goes to his bookshelf to fetch a collection of the complete Flash Gordon comic strips. “What I loved about those is they always tried to end each strip on a little mini-cliffhanger,” he says. “I thought, wouldn't it be fun to try to build an adventure around that same kind of idea, where every session of play ends with a cliffhanger? The adventure is actually written with that in mind, so there are like 12 sessions of play in the 64-page adventure and each one either has a scripted cliffhanger, or basically ways for DMs to orchestrate their own cliffhanger. What I loved about that was the feeling that might create at the game table, the suspense of just hanging on a critical note and getting players excited about coming back for the next session.”

Though it's not something the rulebooks normally cover, getting a group of players to come back week after week for every hours-long session is one of the hardest parts of RPGs. Most campaigns fizzle out rather than reaching a natural ending. Light of Xaryxis was designed with that in mind. “We estimate 12 sessions of play,” Perkins says, “which for us is actually a pretty short campaign, but the message we're getting from our DMs is, 'We love your long campaigns like Icewind Dale and Witchlight and Out of the Abyss and Curse of Strahd, but they take six months to 18 months to complete.' That's a long time commitment. Here we're exploring the possibility of: You can finish this campaign in 12 sessions. You can have the glorious sensation of completing a campaign. Possibly for the first time in your life!”

Spelljammer isn't the only classic setting returning in 5th edition, with Dragonlance's Krynn returning as well. The gothic horror world of Ravenloft has had a couple of books already, and Ghosts of Saltmarsh returned to Greyhawk. There are plenty of others still left to revisit, however, like fan-favorite Planescape.

“With 5th edition we have fully embraced the idea that our default setting is the multiverse,” Perkins says. “It's not Greyhawk, it's not Forgotten Realms, it's not Krynn, it is the whole multiverse. In order to back that up we have an obligation to show as many parts of the multiverse as we can. I think that's really our goal here with this product and others that we've released recently, and will release in the coming years, is to just give DMs and players glimpses at other corners of the multiverse.”

Spelljammer: Adventures in Space will be available in North America from August 16, and in other parts of the world after that. 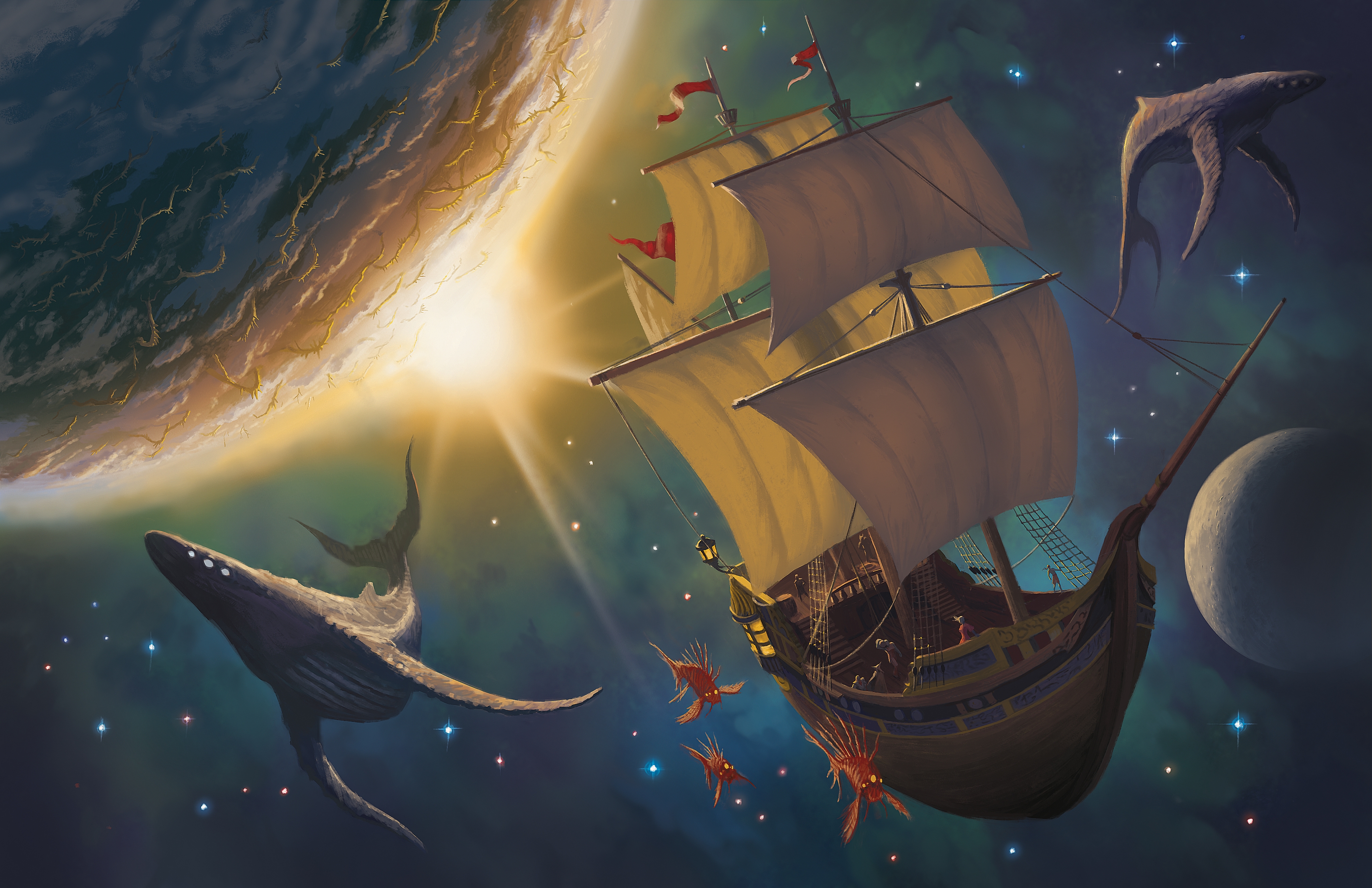 Alan Wake 2: Everything we know about Remedy's survival horror sequel