According to an official support account from the developer on Twitter, the game's servers were taken offline Friday night before coming back on early Saturday morning. The messages are of a shocking character, very NSFW, and readers of delicate sensibilities may wish to look away.

Wow, harrowing stuff. That one comes courtesy of user yellowvitt on r/Wizard101. Several of the other messages are similarly brief and direct. “This game is shit,” another message shared by user jakeofsteel reads.

Others speak to an employee's deeply compromised relationship with KingsIsle management. User scumfolry shared a collection of server messages complaining of the pay and working environment at KingsIsle. My favorite is, “The next world is my boss's asshole.” Incredible poetry to that one. “BRADLEY COME DOWN TO THE OFFICE THIS INSTANT -the ceo” from Disco_Potato_Go is also quite good.

Some of the messages are relatively nonsensical trolling. A fan favorite of the subreddit seems to be a snippet of dialogue from Walter White in Breaking Bad shared by lidikgurl. Another one advises players of a nonexistent payout of ingame currency.

Clearly, someone employed or until very recently employed by KingsIsle had a bad week. The conspiracy theorist in me wonders if this could be some aggressive form of guerilla marketing for the game⁠—we probably wouldn't be reporting on it at PC Gamer otherwise, for example.

Indeed, how do we ever know anything for certain in our post-post-truth society? I still haven't recovered from the secret NieR Automata church saga. The server down time leads me to believe this really was one employee (Bradley's?) Sisyphean rebellion. Of course, that's just what a marketing person would want me to think. I have reached out to KingsIsle for comment, and will update this story if we hear back.

Whatever the reality of the situation, the messages themselves are a delight. There's something particularly desolate about seeing them in Wizard101's house font, Comic Sans. Hating on the infamous font is a bit gauche in the year of our Lord 2022, but it still really adds to the effect here for me.

The forceful simplicity of “dick and balls” would be my favorite of the lot, were it not for the haunting despair of “The next world is my boss's asshole.” That one feels like graffiti from Disco Elysium. To the rogue employee/deep cover viral marketing associate of KingsIsle, I wish you well in your job hunt/sizable quarterly bonus. 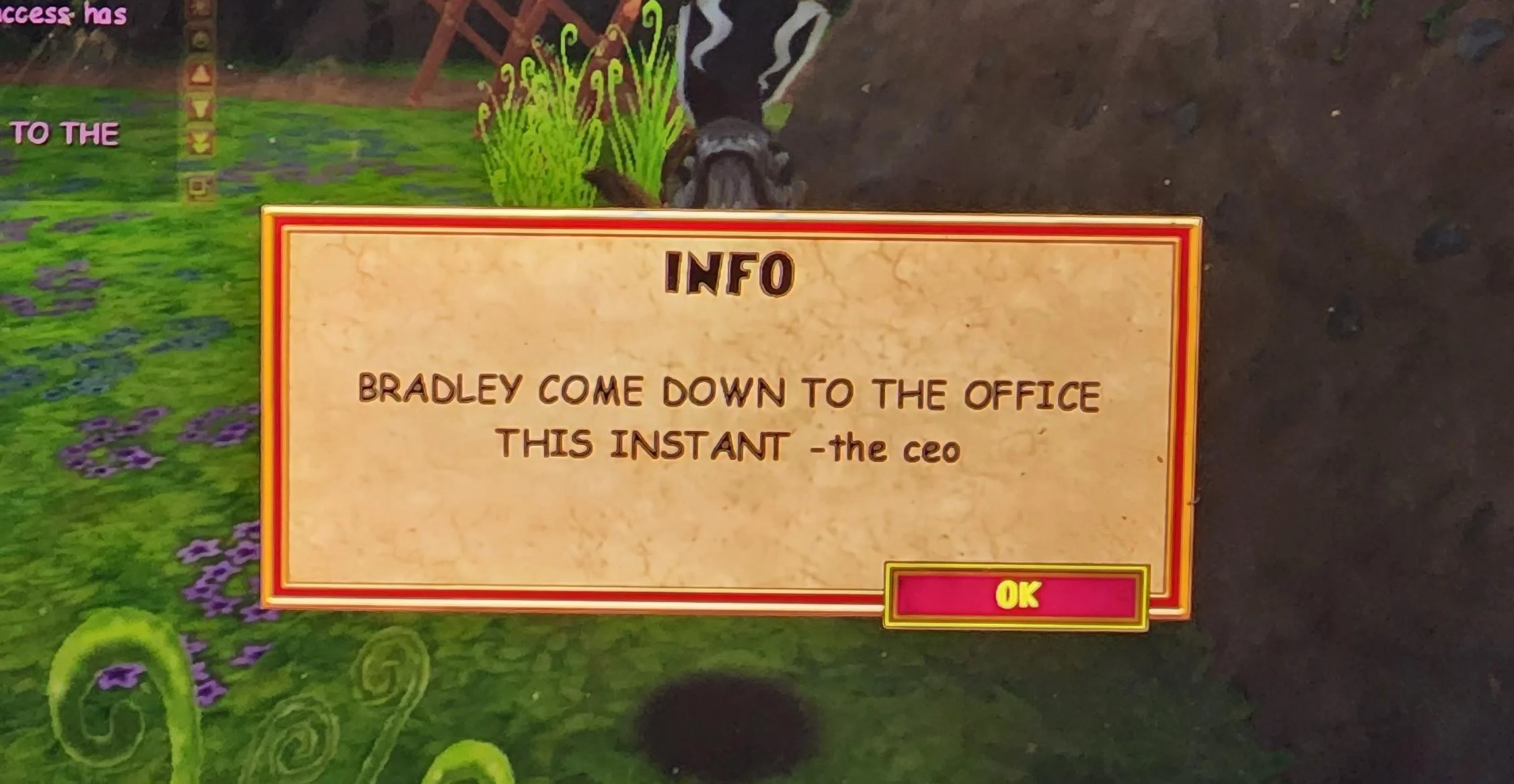 What if the 1991 Lone Wolf videogame was actually a choose-your-own-adventure book?