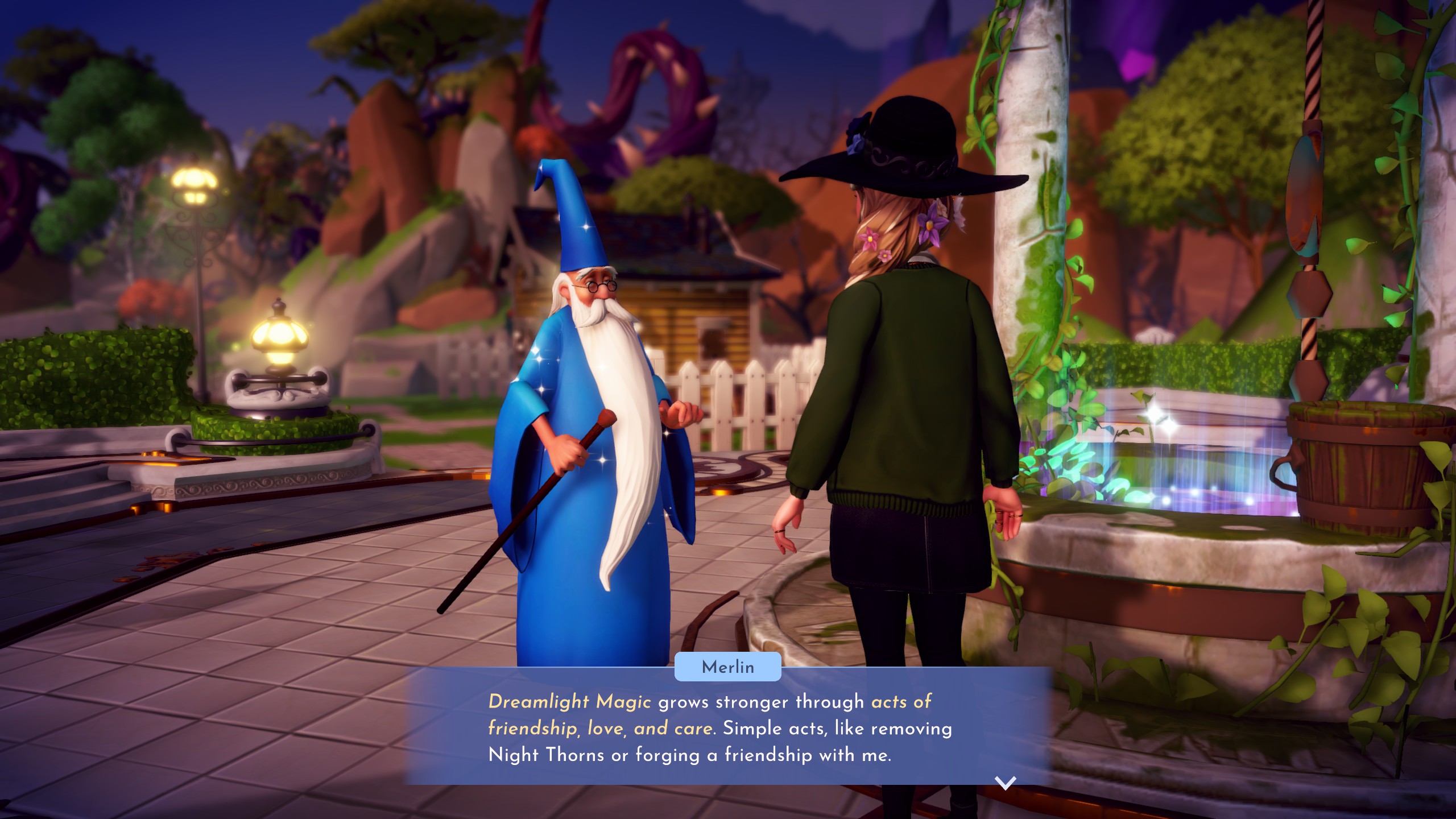 Warner Bros. game, and the Animal Crossing on PC experience has arrived on PC bedecked in House of Mouse.

I admit I went into Disney Dreamlight Valley cultivating resentment. I wanted an underdog story, not just a big studio licensing a big brand to thump Nintendo on the skull. “Those character designs look so Fortnite-y,” I grumbled to myself last week, belying my bias even to myself.

And yet, the art style, the classic Disney characters, and Dreamlight Valley's shockingly permissive building system had me hooked within two days. This is what I was waiting for, and it's frankly even better than it needed to be in order to win me over.

Everything the light touches

For the folks who played Animal Crossing: New Horizons in the depths of 2020 but have let their Switches collect dust since (me, this is me), I'll line up the similarities and differences in as efficient a fashion as possible:

That's most of what will be immediately familiar to folks like me looking for another busywork sim to finally take off on PC. Make no mistake, it is very Animal Crossing.

Dreamlight Valley goes above and beyond AC:NH though. It may not have the alluring promise of turnip stock futures, but it does have a much bigger, centralized story. Minnie Mouse is missing, and the valley's former ruler has vanished as an infestation of night thorns takes over the land and its inhabitants suffer constant bouts of “Forgetting.” Of course you'll be in charge of setting everything back to rights with the power of friendship and a tireless pursuit of plucking flowers.

New areas of Dreamlight Valley become accessible as you progress the story, earning upgraded tools and gaining levels of friendship with characters like Mickey, Goofy, Merlin, Remy, and Moana. Where Animal Crossing obscured things like how close a relationship you have with a villager, Dreamlight Valley is obsessed with numbers. You'll have a personal level, a friendship level, currencies, and star ratings for every dish you cook.

Food is another main social sim feature that Dreamlight Valley folded into its recipe. That's where I first started to feel the places where it allows you to experiment beyond quest directives. Once you have access to a stove, you'll use recipes to combine lettuce with veggies you've grown for a salad and fish with wheat for a fish sandwich. Characters will ask for certain dishes during quests but you are free to go off book, and at times you'll have to. I'm looking at you, crudites recipe.

The fish sandwich, for instance, I noticed as one of Goofy's preferred gifts for the day. I didn't have the recipe, but made an educated guess that a fish and wheat would do the trick.

All about that base

As is ever the case for me personally, the building system is the selling point. While it was immediately obvious that Dreamlight Valley would let me redecorate my own home, and I had already discovered some relatively fun customization options for certain clothing pieces, I did not initially clock that nearly the entire valley could be redecorated to my liking.

There isn't an option to terraform like in AC:NH, so you won’t be moving ponds about, but nearly everything else is fair game: trees, paths, buildings, and all manner of decorative objects can be picked up and plopped down wherever you like with no cost, however often you see fit. You can even pilfer outdoor items the valley begins with for your interior decor needs.

What I did next will be familiar to my fellow Stardew farm planner freaks.

I cleared the place out. I slammed trees and planters and light posts into my personal inventory with no remorse. I experienced self-doubt, knowing that I'd likely wind up redecorating, looking at images of other players' perfectly rearranged valleys online, and lamenting my own skills. And yet, this is always the ticket for me. I can't possibly put this game down when I know that tomorrow Scrooge may sell the perfect potted plant to pepper my fence line with.

Dreamlight Valley's most gripping quality is that with all these chores and quests and meters it truly keeps you busy at all times. Whereas Animal Crossing's daily fruit growth schedules had us all deep in existentialism, pondering its pace while cooped up in the spring of 2020, Dreamlight Valley (for better or worse) does not want you to put it down. Trees grow fruit in a matter of minutes, not hours. The list of “Dreamlight Duties”—small achievement-style tasks asking you to “sell two fish” or “prepare a four star meal”—is bottomless. Your energy replenishes as soon as you set foot back in your home for a moment.

It's a social sim designed with a slightly insidious one-more-thing-ness to it that I'm particularly susceptible to. This will produce screen time limits in households with children, I've no doubt.

I've hardly even mentioned the characters themselves because honestly I was expecting a game that would sell only on the merit of its lick of Disney paint. Many folks will get a special joy from baking crackers for Mickey and listening to Goofy's silly family history, eventually exploring the realms of Frozen and Ratatouille and the couple others included in its early access version. For me though, this is honestly just a solid social sim, with or without the long shadow of the big mouse brand. 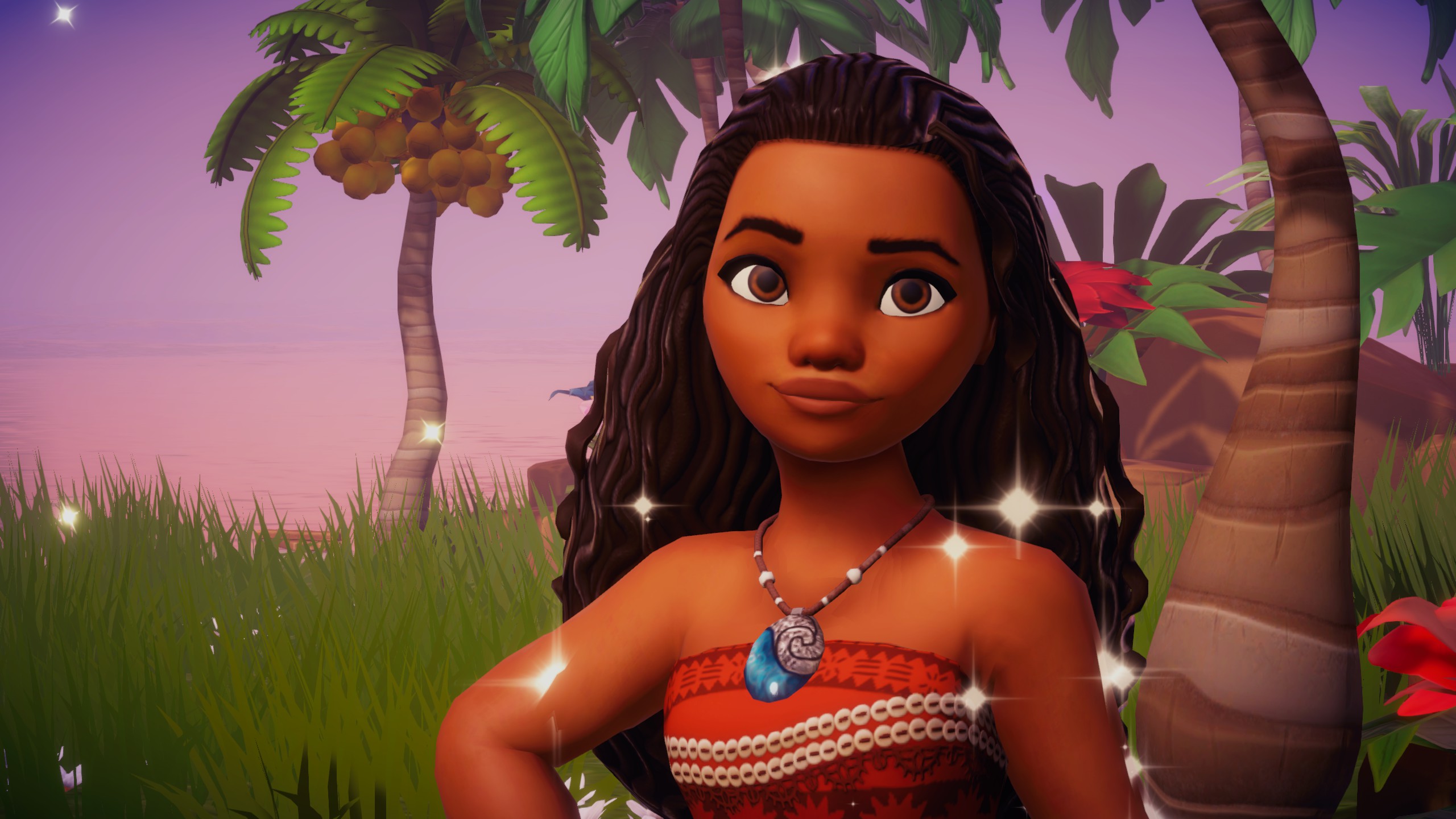