Swallow the Sea is the latest in this growing line of visually-gross games that are as unsettling as they are amusing. It rose through the ranks on itch.io on a “pay what you want” basis before hitting Steam for free last month to creep out even more people.

In a brief 15-minute run, you start your life as an undersea zygote and gradually explore the surrounding waters, which are full of smaller lifeforms to feed on, and even more that want to feed on you. It's the fish-eat-fish formula of Feeding Frenzy, but with skull-faced eels and prehensile worm-things grabbing at you with uncannily human teeth.

Those oddly phallic predators aren't the only discomforting aspect of Swallow the Sea's ocean life. Pretty quickly, your undersea dwelling shifts from rocky passageways to fleshy, rotted tunnel after fleshy, rotted tunnel. It's clear that whatever world that exists above these waters is increasingly sick, and in the eyes of some larger lifeform, I'm just a parasite. It's easy to imagine Swallow the Sea taking place in poisoned waters used for waste dumping, filled with the decaying remains of animals who had no chance of surviving. It's sadly an all-too-common sight in the modern age.

The star of the show is easily a giant purple human-faced worm named Orro. Not since Sega's Seaman has a fish ever been so unsettling, and yet, I can't blame the big guy for needing a meal. I just wish he didn't need to chase me from hidey hole to hidey hole Mr X style while chomping his big buck teeth at my hide. I also can't blame him because frankly, I'm committing the same kind of fratricide inherent in every Feeding Frenzy game, eating smaller versions of my brethren and eventually turning my predators into an evening snack. Really, I'm just the lucky one who managed to sneak the biggest meals before life gets me.

I won't spoil it outright here, but rest assured that Swallow the Sea keeps up that brutally frank nihilism to the very end of your brief life. Food chains have to end somewhere.

It's free on Steam now, and at a brisk 15 minutes, it's a great way to make you feel like you just saw something you shouldn't have. The developers' first game, Perfect Vermin, evokes similar “what the hell” feelings, and it's free, too. 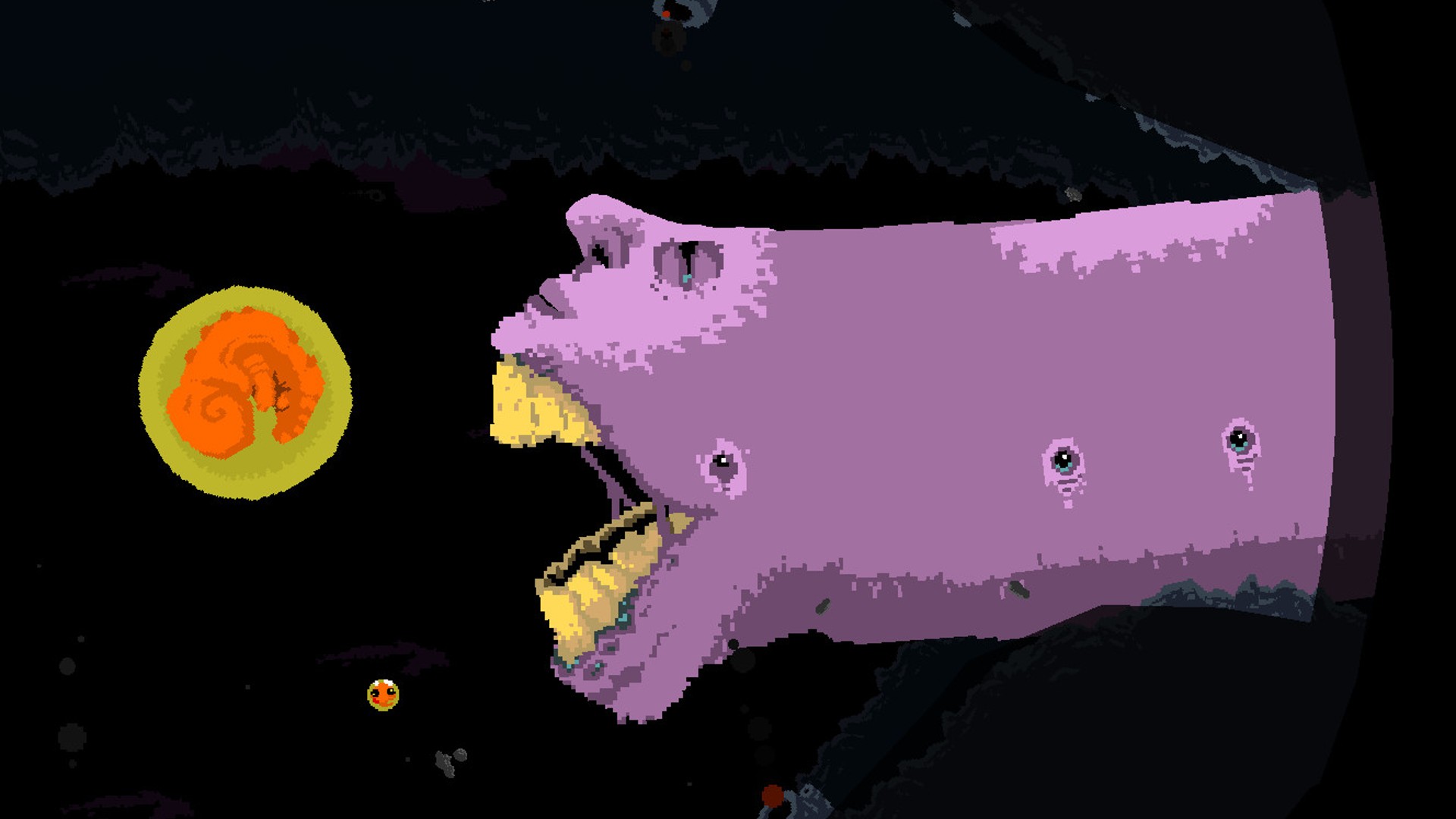