Elden Ring is too big

I'm a paid-up member of the FromSoft fan club. I've been playing these games ever since Demon's Souls, my favourite game ever is Bloodborne, and I've written pages and pages about the studio's intricate, interwoven mechanical and narrative design. So my expectations for Elden Ring—especially after the reviews hit, phwoar—was that this may well be the highlight of my Tarnished life.

Elden Ring is, indeed, a great game. I've spent many a night now wandering the Lands Between, delighting in the discovery of vast new areas, caves winkled-away in the scenery's folds, and cresting a hill to be met by the glorious sight of 'WTF is that thing.' I've caned multiple bearers of Great Runes, a panoply of mini-bosses, what feels like a dozen corrupted tree spirits, and then something happened that has never quite happened before in a Soulsborne game. I got bored.

I haven't finished Elden Ring yet, and I do intend to, but it's been about a week now since I last loaded up the game. It's true that I am a bit older, I've got kids, and thus I'm time-poor, but when I want to play something I always manage to squeeze in a few hours somehow: heck, I was doing it with Elden Ring for weeks.

Now I'm Elden-ed out. It's not because I need to git gud—I've had my ass handed to me many times, but nothing's stopped me for more than a few hours—and it's not because I think I've seen all it has to offer. It's more that, the longer I spend in the Lands Between, the more it feels like there's too much 'between', and the more stuff I discover that's just fine rather than outstanding.

Elden Ring's scale means that FromSoft has had to maximise what it gets out of various assets. This game has a lot of repetition in it, which is not necessarily a problem, but once you've seen the same boss crop up in a slightly different form four times, you do start to get a little bit 'meh' about them. All of these games have had some element of this, and indeed it's nice to see the hardworking Stray Demon can still get work all these years later.

But it does, after a while, start to dilute the thrill of exploration. In my initial period with the game I loved the mini-dungeons. But now I feel like I've seen everything they have to offer, multiple times over, and they almost feel like a bit of a chore. Oh it's this type of enemy, right, it's this kind of layout, mm-hmm, there's the lever, there's the fog door, oh it's this guy you beat twice already: but now he has dogs!

This isn't just about the bosses. The Lands Between is a seriously compromised open world because, after a point, you just spend so little time in it. Seriously, have you seen how many Sites of Grace are dotted around? I did a fair amount of exploring to begin with but now it's just zip-zip-zip. When I want to re-explore an area, even, I'll triangulate the most-likely spots and zip over rather than riding through.

Yes it's absolutely massive, but when you never end up actually traversing it or having to make the odd long journey, it may as well be a series of disparate locations.

I understand why Elden Ring has fast travel enabled from the start of the game. This idea this may not have found favour with the wider audience, but I wish FromSoft had pulled the Dark Souls trick of making you slog through Lordran's guts to the halfway point or thereabouts before finally granting fast travel after you defeat a milestone boss. As it is I feel like I explore each big area once when I first find it, then just… move on, and occasionally warp back then warp away again.

The open world games that truly lodge in my brain, mostly Rockstar productions, are ones where by the end I feel I know this place. I have a mental map that doesn't require a button press or warping. I felt like that about most of the previous Soulsborne titles too, and especially Yharnam's inter-connections and surreal architectural logic. The Lands Between has the most incredible-looking locations, but I don't feel like it's all that successful of a world. It's got more the sensation of a theme park.

To be clear, I like Elden Ring. It is a good game. But the overall experience stopped cohering at a certain point for me, and sessions began to feel a little aimless: new dungeons that felt like old ones, overworld bosses forgotten as quickly as they're slain, picking up endless crafting items I'll probably never use… I've lost the thread, somewhere along the way. I've still got at least a few major bosses and I've sunk enough time in it that I will surely, eventually, haul my Tarnished ass over the line (and people tell me the very end stretch is fantastic).

For me Elden Ring is just too big and, perhaps more importantly, too diluted by that scale. It's an awesome achievement in certain regards, but the striking thing is how little is memorable: nothing here has terrified me like Darkbeast Paarl, weirded me out like Micolash, or shocked me like Gwyn. One of the best things about these games is the bosses and, while they all have the odd dud, Elden Ring stretches itself so far across certain archetypes that way too many end up being just 'good enough' rather than once-in-a-lifetime encounters.

Elden Ring will sweep the awards this year, you'd think, and many will argue it deserves to. It's also found a much wider audience so for lots of its players this is the first FromSoft experience, and if it were mine I'd probably think this was the best game ever made. But it feels like many of the strengths that got this series of games to this point—the intricate, looping world structures, the obsessive detail towards linking narrative with observation, the best-in-class boss lineups—are spread so thin here that the overall experience is bigger but less satisfying.

I'll finish Elden Ring. And maybe I'll find something that blows my mind, flip around, and start calling this a masterpiece. Right now? I think about playing it, wonder where I might end up, then go do something else instead. 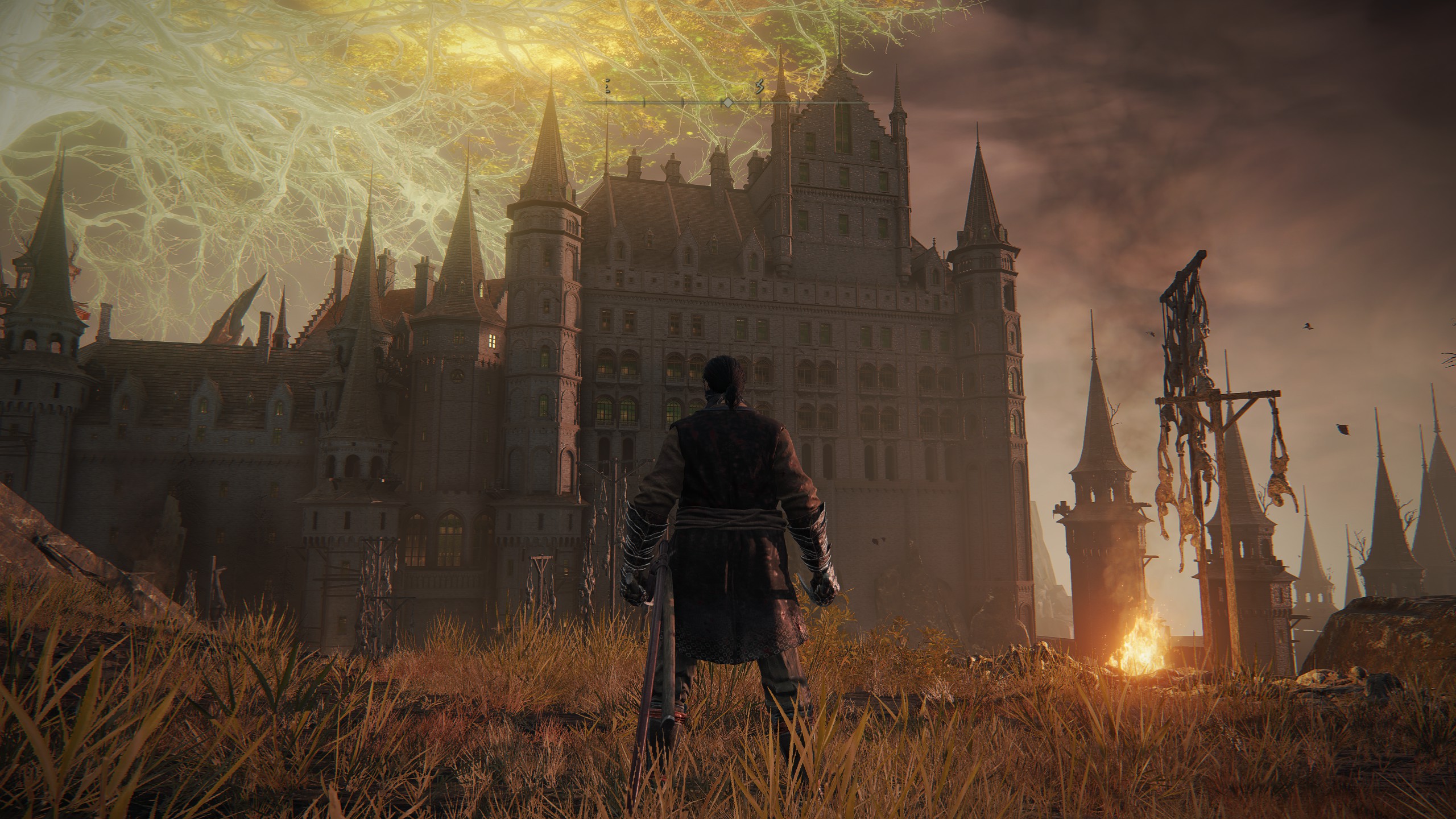