became the game's first legend: a naked warrior dedicated to defeating Malenia, one of the game's toughest challenges, on behalf of others. The first mention of them came in a short post on the game's subreddit, saying “thx to 'let me solo her'” and praising a player who, well, soloed her. “He dodged nearly all her attacks and got hit only one time,” poster great_artorias wrote.

That post didn't catch on, but then other stories started to appear. A post just 24 hours later—”Here's to an absolute legend, let me solo her”—has 45,000 upvotes and 1700 comments from grateful and slightly amazed community members. Let me solo her's internet fame blazed brightly during the early period of Elden Ring's success, when it was all anyone wanted to talk about, and then the world turned.

But Let me solo her just kept solo-ing her. Returning today to the Elden Ring subreddit, the player posted the above highly amusing video of a day in their life: which involves a lot of hosts dying in stupid ways, a lot of Malenias glitching out on them, and the odd triumph.

“Since a lot of people are asking me or think that I'm retired, I'm happy to say that I am not and still going strong,” writes Let me solo her with a smiley face emoji. “Lost count by now but is over 2000 Malenia's slain.”

To be crystal-clear here, Malenia is arguably the hardest boss in a game that is really kinda built around very hard bosses indeed. She's got a huge health bar, hits like a truck, multiple phases, and executes these wild multi-slash and dive-bombing attacks that fillet the unwary in seconds.

Let me solo her doesn't just take all of that on themselves, but makes it look easy. In the best Souls tradition they also do it naked with a pot for a helmet and dual katanas. Their thousandth fight was a livestreamed nail-biter. One fan made a mod so you can have the player as a permanent spirit sidekick, while another immortalised their exploits as a 3D model:

Hats off also to the tribute act Let her solo me, who tests player's reading comprehension by living up to their name.

Such was Let me solo her's cachet for a while that Bandai Namco has sent the player a mysterious gift which, sadly, has not yet arrived: though they promise to post when it does. Anyway: there's solo-ing to be done. Here's to the next few thousand demigods felled.

Survive the Lands Between with these Elden Ring guides 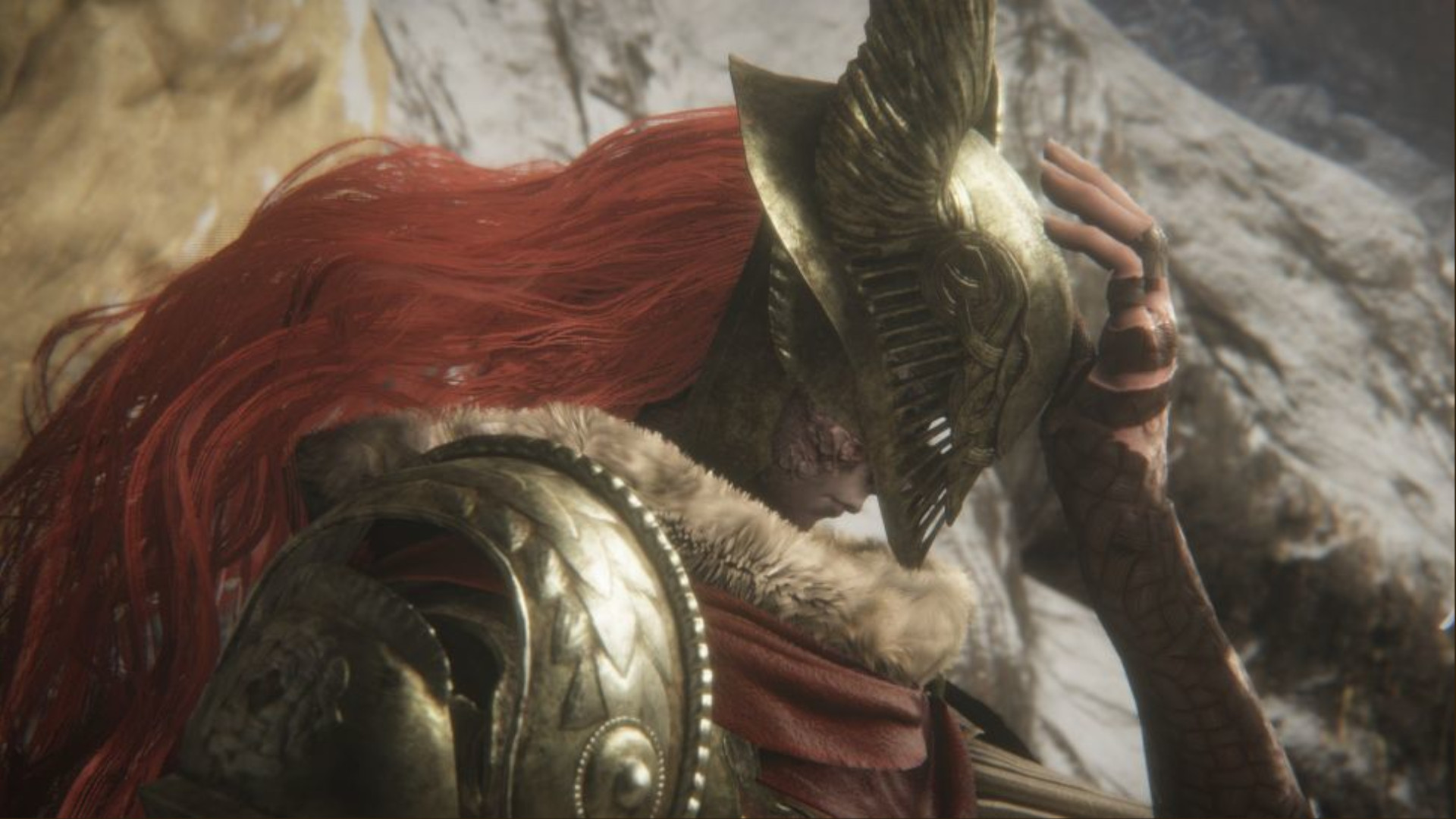