Alder Lake mainboards for its laptops. This will allow users to upgrade existing 11th Gen laptops to the very latest tech. Alternatively, if you want to get in on the Framework game, then you can buy a whole new laptop built around these new 12th Gen modules.

Framework isn't the first company to promise upgradeable CPUs—Alienware promised support for the same back in 2019, although never delivered and was sued for it too. With these new mainboards, Framework is delivering.

These new mainboards are built around Intel's 12th Gen Core processors, packing eight Efficient cores and, depending on the model, either four or six Performance cores. With Hyper-Threading, you're looking at up to 20 threads. Three different mainboards are available: i7-1280P, i7-1260P, and i5-1240P. These mainboards support 30W sustained performance with a 60W boost.

The accompanying press shots show the new mainboards with DDR4 memory, although it isn't clear if separate DDR5 mainboards will be available as well.

We first talked about Framework Laptops back in July 2021, and have followed the progress with interest ever since. In case you missed it: Framework laptops offer a fully modular approach to laptop design that supports true upgrading and repair that's far easier than traditional laptops. You can decide what is important to you too—from the core configuration of which CPU through to the ports it has available.

These laptops are great news for the Right to Repair initiative, as you don't have to throw out a perfectly good laptop in order to keep it up to date.

We reported last month that Framework is making its own mainboards now, and it has doubled down on this with the announcement of its Intel 12th Gen Alder Lake mainboards. It has also redesigned its lid assembly for improved rigidity, optimized the battery life, and is working on releasing a new 2.5Gb ethernet expansion card soon too. It also now shipping to the UK.

To celebrate the launch of these new models, Framework is also reducing the price of the first-generation models. This means you can pick up the original thin and light Framework laptops from $899 (£899), while the newer 12th Gen machines cost slightly more at $1,049 (£1,049).

It's worth remembering that you won't have to throw out the whole machine when it comes to upgrading, so that's really not a bad deal. You can also buy these machines as DIY editions where you save around $230 but have to supply your own RAM and storage options.

The pale pachyderm in the room for many PC Gamers is going to be the lack of the graphics card modules, and while this is something we would like to see down the line, we can totally understand why Framework is focusing on nailing the core functionality before moving on to the wonderful world of GPUs.

I'd definitely be interested in seeing an RDNA 2-powered Ryzen 6000 mainboard mind.

You may be wondering what you do with the old mainboards when you upgrade? Framework is highlight some of the ways you can use the old hardware, including some delightful retro machines, such as the Framedeck and the Mainboard Terminal. 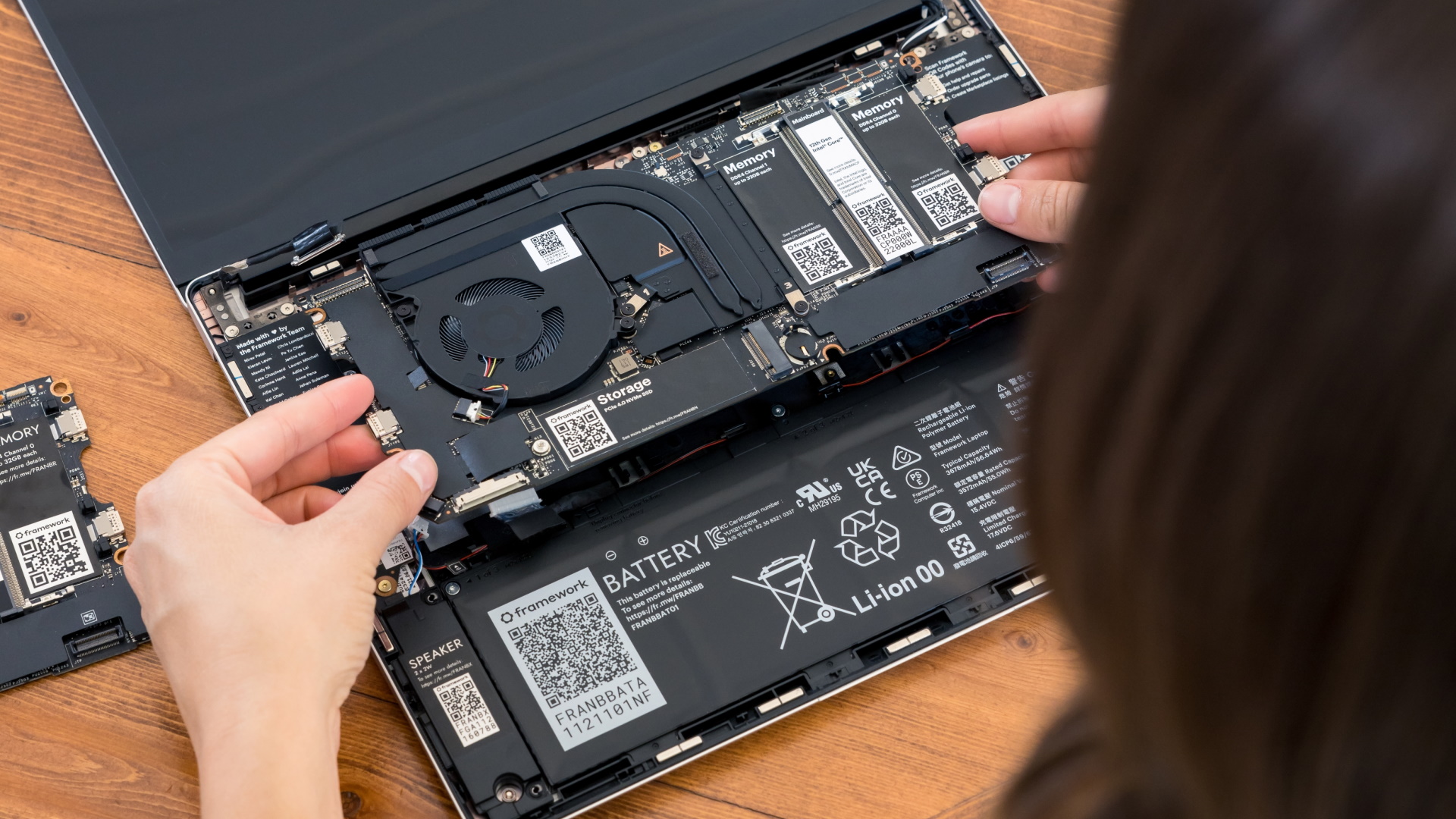