Polygon, the four-issue mini-series called The Witcher: The Ballad of Two Wolves will begin with Geralt being summoned to the town of Grimmwald to deal with a possible werewolf, whose appearance coincided with the arrival of a trio of sisters: The Piglets, although whether that's a name or an adjective isn't entirely clear at this point. Quite possibly, it's both.

However that ultimately works out, the covers—one above, three variants below—indicate that these Piglets won't be hiding from the Big Bad Wolf, and neither will Red Riding Hood, the other victim of lupine legend whose stories will presumably form the basis for the series. I initially thought that Red might be Triss Merigold showing up to help out, although there's no indication that she'll actually appear in the book. Geralt's pal Dandelion will be there, though, and the description at darkhorse.com suggests that he'll play a central role.

“When a strange occurrence stirs murmurs of a werewolf on the prowl, rumors spread about the peculiar arrival of three Piglet sisters,” the site states. “With a grand mystery and a monster to kill, Dandelion may just find the inspiration he needs to write the perfect ballad.”

The Ballad of Two Wolves is far from Geralt's first appearance in the world of comics—in fact, there are enough that we went ahead and ranked them all. It's also not the first time out for writer Bartosz Sztybor, who's responsible for two of the previous series in that list, Fading Memories and Witch's Lament. Hopefully Ballad of Two Wolves will place a little higher up the ladder than they did.

The first issue of The Witcher: The Ballad of Two Wolves will debut in December and sell for $3.99. 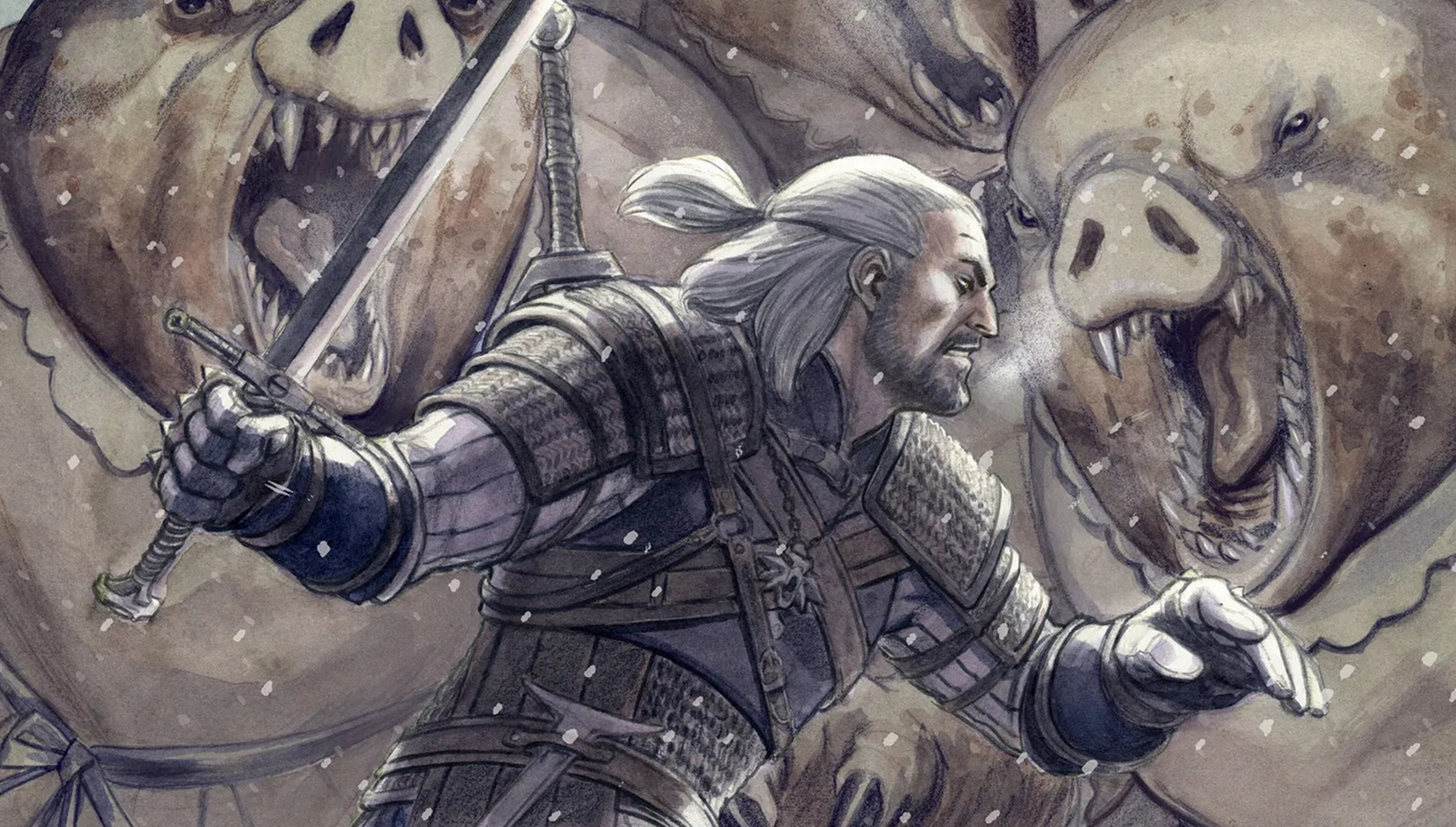