video from Google Japan, (spotted by Tom's Hardware) you can see this new design in action as well as have the rational explained to you in increasingly unhinged methods. First it explains that it's far easier to find the key you're looking for when they're all lined up, as you only have to look along one axis instead of two, but it just gets weirder from there. You see, not only can this new board serve as a keyboard, but it also gives you a very handy stick that can be useful in a wide range of scenarios.

The GBoard stick is described as “wide enough for a cat to walk across,” but also explains that a cat is far less likely to snooze on this long contraption, and that its form makes it far easier to clean in one swipe. The height is also noted to be a “comfortable thickness.” and it can support up to three t-shirts if supported at both ends, all of which is equally important to note. Though it does make me wary about using it as a walking stick as shown in the video.

A wonderful whimsical joke though this may be, you can actually get your hands on this extra lengthy board. Google isn't selling it, but instead has uploaded the DIY project to Github so anyone can have a go and looking at the listing it's immediately clear that way too much thought was put into this project. You'll need a 3D printer and some know-how, but you can soon have your very own stick keyboard, specifically designed for catching development bugs with net attachment.

It also may not be an entirely silly thing in its own way. While ridiculous in the video and on the official website right down to the URL, a shared keyboard for coding or gaming purposes isn't exactly a bad idea. There might be merit to a keyboard that's spread out enough to get people moving at their desks, have more than one person use it at a time, or just in shaking up a prevalent design.

That being said, I'm not sure if laying them out quite like this is the way to go about it, but I'm down to try some typing duets. After all, they say that heaven and hell for writers are the same. All of us are given metre long keyboards, but in heaven we work together to use them, and in hell we are set on fire and repeatedly beaten. 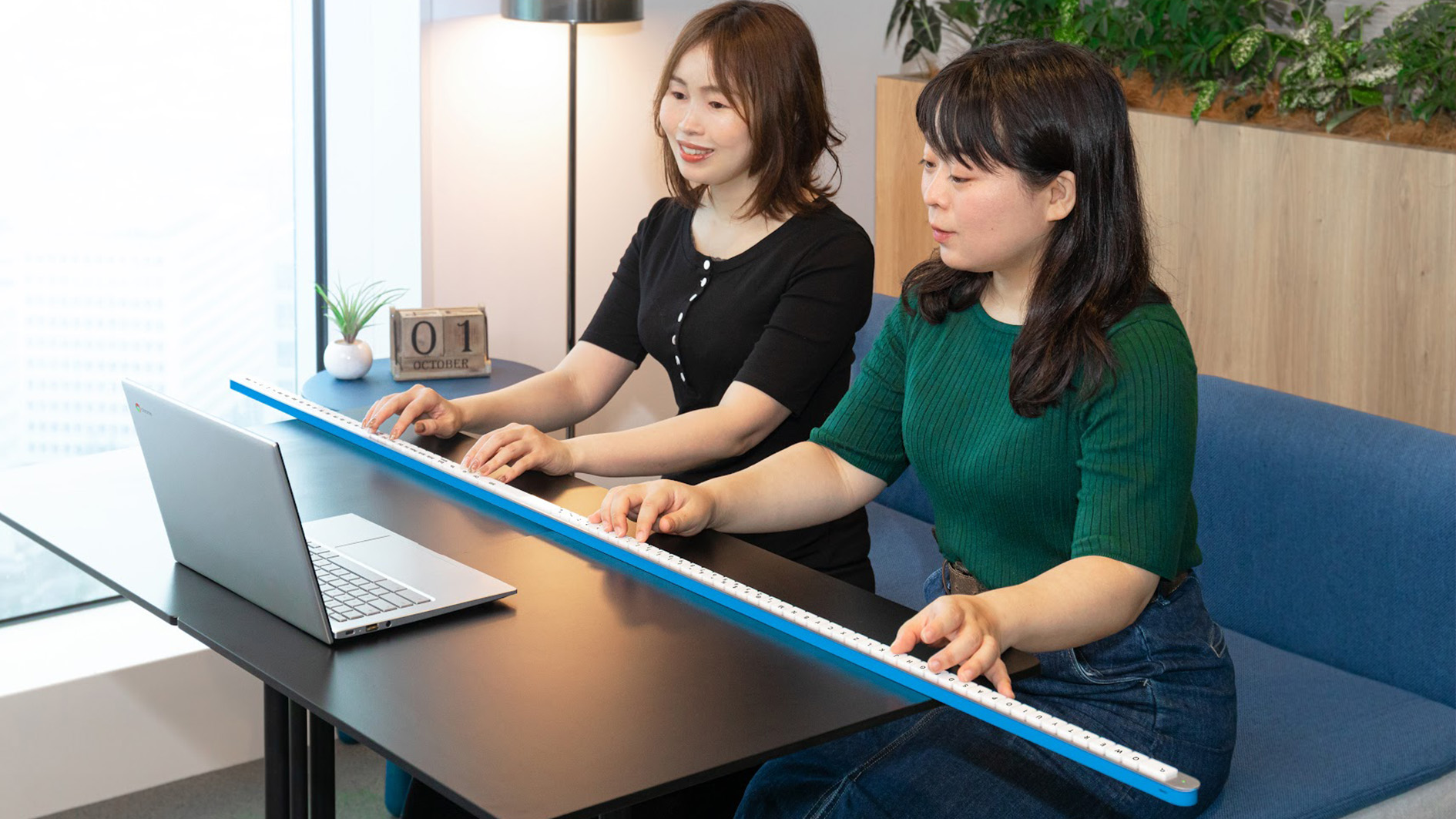