Heroes never die, but games do: An Overwatch 1 obituary

what Overwatch has become. I've been concerned about the way Overwatch 2 has monetised itself, changed the sounds and the dynamics of the heroes I played thousands of games with, and how it intends to capture the attention of new players. And I'm concerned, not because I'm an Overwatch hater, but because I love it more dearly than almost any other game. So though it's time to say goodbye, I just want to reflect with some of the PC Gamer team on what made Overwatch special.

Overwatch was my first proper online game. The beta was being played all over YouTube by many gaming creators and though I had a fear of playing games with comms, I couldn't help but want to try it out. I bought a physical copy for the PlayStation 4, and it's been a constant in my life since 2016. I had so many mains over the years: Reinhardt, Symmetra (pre-rework of course), Lucio, D.Va, and then Widowmaker, with a sprinkle of Moira and Ashe here and there. Widowmaker was the one who really stuck: I have hundreds of hours of play time with her. Clicking heads never felt any better than when I was launching myself around a map with her grappling hook and picking off enemies in midair.

What made Overwatch special to me was how it adapted constantly—in-game and outside of it. Character reworks, hero swaps, the brief 3-2-1 meta discussions, and role queue. Overwatch felt like it was trying to be the best version of itself for years, until the announcement of Overwatch 2. Then it stagnated. Even then I played and played and played. Every hero ability cooldown, map, and voiceline was embedded into my brain. Running around Overwatch was almost like a second home.

My first internet friends came from Overwatch. I have several pieces of Overwatch merch, from a Secret Lab chair to a ridiculous D.Va onesie. For many years I wore a green jacket with a bronzed Overwatch logo on the pocket, and when I kept adding patches to a jean jacket, Tracer's patch was among them.

I've loved Overwatch. I loved what it inspired me to play, and how many highs and lows it's given me. I don't know if I'll ever love a game in the same way and it's hard to let go of something I consider so formative to my gaming experiences. Thanks for everything Overwatch, you've been swell. And Overwatch 2: you've got the biggest boots to fill, buddy. I just hope you can step up to the challenge.

Ted Litchfield, Associate Editor: God damn, this game meant so much to me at one point. In a game full of exciting movement options, I love walk-and-shoot man Cole Cassidy, just clicking on heads all day was enough for me. I first got really into it on launch, and I was so excited about this game where everyone seemed to chill and collaborate and have a good time. Then they introduced ranked play.

Over the course of four seasons in 2017 I tried to crawl my way out of Platinum into Diamond, making it to 28 or 2900 ranked points each time before sliding back down into the pits, with the meanest strangers I've ever played videogames with yelling at me the whole time. That latter experience usually overtakes the wonder of the early days in my recollections, and I've never been too jazzed to go back and fall into an old obsession.

I would like to shout out the most surreal experience I've ever had in an online game, one that haunts me to this day. In quickplay, I was matched with an entire premade opposing team in matching “Houston Outlaws” Overwatch League skins. I asked them if they were from Texas.

“No,” one of them replied. “We just really support the Outlaws.”

Morgan Park, Staff Writer: Bye Overwatch 1. I played you a lot on PS4 until I got a PC and never had to stoop so low again. I'm not as sad about its leaving as others I've seen, but I do resent the way Blizzard is handling the transition. It feels weird to watch Overwatch 1 disappear in real time like this, especially because it doesn't really have to. It's like Blizzard is moving in a new tenant and painting right over the walls. Overwatch 2 is largely the same game, but the original is distinct enough to deserve a stay of execution. I guess it's partly an expectations thing—when Fortnite hits the reset button and nukes a beloved map forever, players get over it quick. That's always been what that game does, but it's new territory for folks that have been playing the same Overwatch for six years (and before that, maybe not playing many shooters at all). Overwatch has that effect on people.

Robin Valentine, Print Editor: How badly do you have to screw up a PR campaign for the overwhelming atmosphere around the launch of your new game to be one of mourning for the previous one? I've not been a fan of Overwatch for a while—for my money it's basically gotten steadily worse every update since it came out—but I'm just grimly fascinated by how badly Blizzard has fumbled the ball here. It certainly proves they couldn't have had both games running simultaneously, at least, as clearly there's so much affection still for the first entry that it would have been a genuine rival for the sequel going forward. But there are so many better ways they could've handled this.

The end of Overwatch 1. pic.twitter.com/IhHjmVPZiWOctober 3, 2022

Mollie Taylor, News Writer: I fell in love with one of Overwatch's late betas prior to launch. Blizzard managed to do something no developer had ever achieved: it made me care about shooters. I picked up the game up day one, chose D.Va and Zenyatta as my mains and never looked back. I took some long breaks in my time with Overwatch, but whenever I dove back in with friends I always had a whale of a time. Overwatch 2's betas have failed to click with me in the way the original's did—I'm not vibing with the whole solo tank situation and hero shooters aren't the new, exciting thing like they were in 2016. I've only played a handful of matches in the past year and I'm not sure how much time I'll give to its sorta-sequel, but I'll sorely miss the first shooter I ever properly got into.

Wes Fenlon, Senior Editor: I only stuck with Overwatch for a couple months, so I can't write about it as passionately as many members of our team. But I want to thank Overwatch for making objective games the big thing in the FPS world again for a year or two. I'm a diehard CTF lover and had to spend so many years of Halo multiplayer searching for CTF and Assault matches in meagerly populated objective playlists while the majority of players stuck to boring Slayer. Why would you want to just sit there shooting each other when you could be shooting each other and making a thrilling escape with a flag at the same time? Lunacy.

Overwatch didn't let players make that boring choice. It said: This is an objective game, and that's how you're gonna play it. And everybody did. Well, kind of.

I think it's fair to say that its heroes wouldn't be nearly as interesting and creative if they'd been designed just for Deathmatch—so many of Overwatch's cool skills and hero interplay come from how you use them when the enemy team is trying to push the payload or you're desperately defending a control point. Thanks for showing everyone the light, Overwatch.

Tyler Colp, Associate Editor: A few days ago I saw my Overwatch hour count hit almost 1,000 hours on all three roles. I've done all there is to do in Overwatch. I've lived in this game like it was World of Warcraft, the Blizzard game I devoted my life to before it. And like WoW, I met tons of people along the way, including my best friend Nico. I liked Overwatch before her, but learned to love it as we spent so much time discussing what made it so distinct in the FPS space and playing for hours and hours with our friend Celine.

That Overwatch died a few years ago for me. We had largely stopped playing as much as we used to. A steady decline in updates and antithetical balance changes made the game harder and less satisfying to play. The servers shutting down today is almost a courtesy for what the game had become. But Blizzard can't kill those memories. It can't erase how important Overwatch was to gaming and how important it was to me. I might not be so optimistic about the next game (and still sour that it's deleting the old one), but I'm glad the pieces of what made it great are still in there, if only as a reminder of the tremendous game that changed my life. 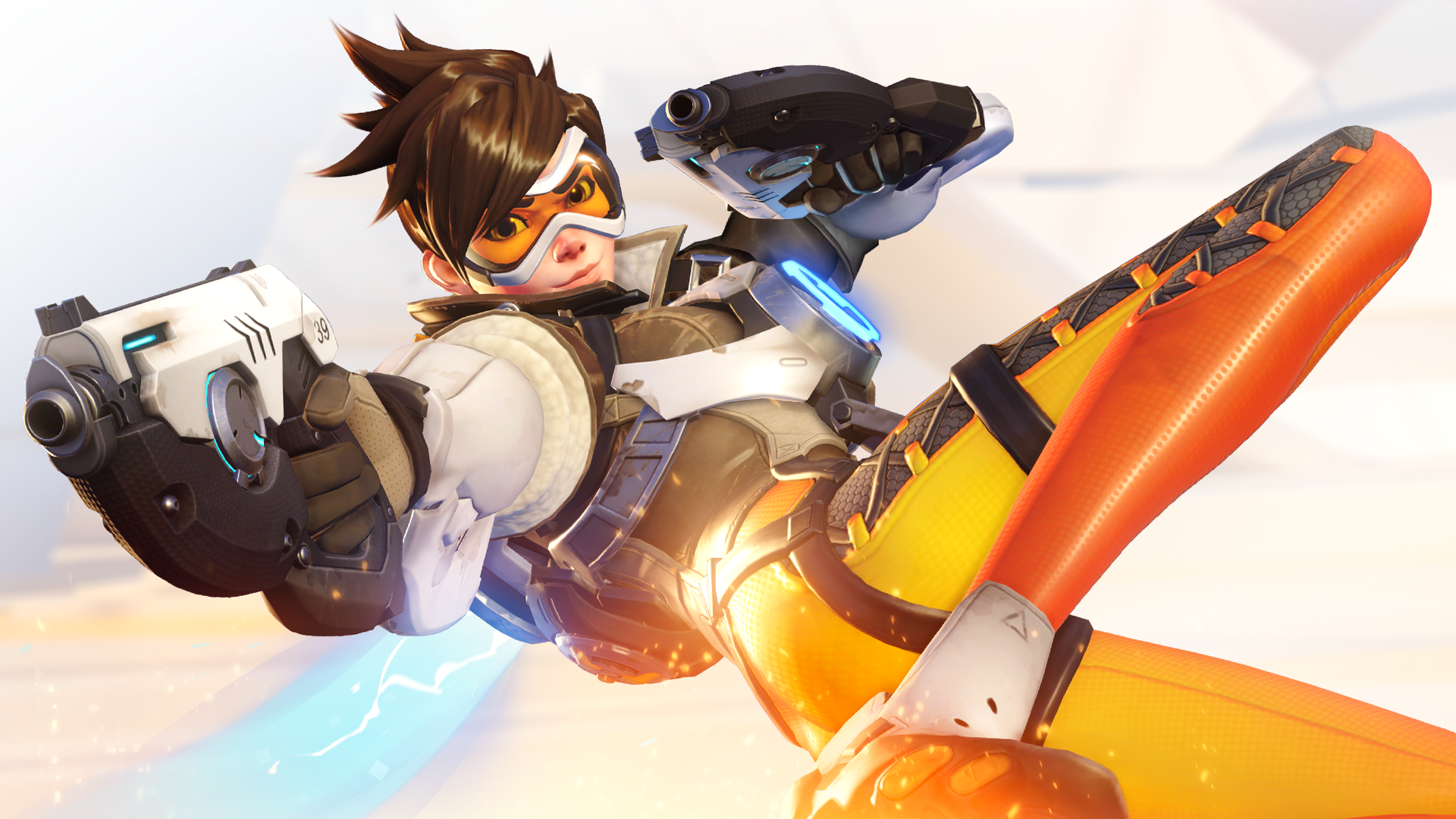