How to craft Stagbreaker, the awesome two-handed war hammer in Valheim

Valheim Mistlands: What we know
Valheim boss: Summon and defeat them all
Valheim workbench: How to build and upgrade it
Valheim food: Recipes and combos
Valheim dedicated server: How to get one working
Valheim commands: Handy cheat codes
Valheim mods: The best player-made additions

While you're running around in co-op Viking survival game Valheim, you might find yourself mobbed by greylings and skeletons—usually when you're trying to concentrate on gathering or building. One at a time they're not fearsome enemies, but if you're exploring a burial chamber or wander too near a greydwarf nest, you may get overwhelmed by their sheer numbers. That's where the Valheim Stagbreaker comes in.

It's good to have a weapon that does area-of-effect damage, like a big honkin' two-handed war hammer covered in spiky deer antlers. One smash will do damage to every enemy in the radius of the hammer, often knocking them back and staggering them, giving you a few moments to strike again. Or run away, like the brave Viking you are. Before you go running for safety though, take note: It's really fun hitting things with a giant hammer. I recommend it.

The war hammer's name is Stagbreaker, and here's how to craft yourself one. You'll never leave home without it.

How to craft Stagbreaker in Valheim

First, you'll need to visit the Black Forest. Outside of your starting biome, The Meadows, it's probably the first new biome you'll encounter. Look for pine trees and fir trees, and cut them down with your axe.

The fir and pine trees will give you a different type of wood than you've been collecting in The Meadows. It's called core wood.

Just gathering your first pieces of core wood will give you the recipe for Stagbreaker:

Once you've got enough core wood from the Black Forest, the other ingredients are easy and can be collected in The Meadows. You've probably been killing deer and boars for meat and leather, and you'll know they sometimes also drop trophies. You'll need 5 deer trophies and 2 leather scraps to complete the recipe.

You'll also need an upgraded, level 2 crafting table. As we mention in our Valheim tips guide, you can craft a chopping block using flint and place it near your workbench, which will raise it to level 2.

That's all you need to craft Stagbreaker! Enjoy smashing the hell out of things in Valheim with your spiky new war hammer. 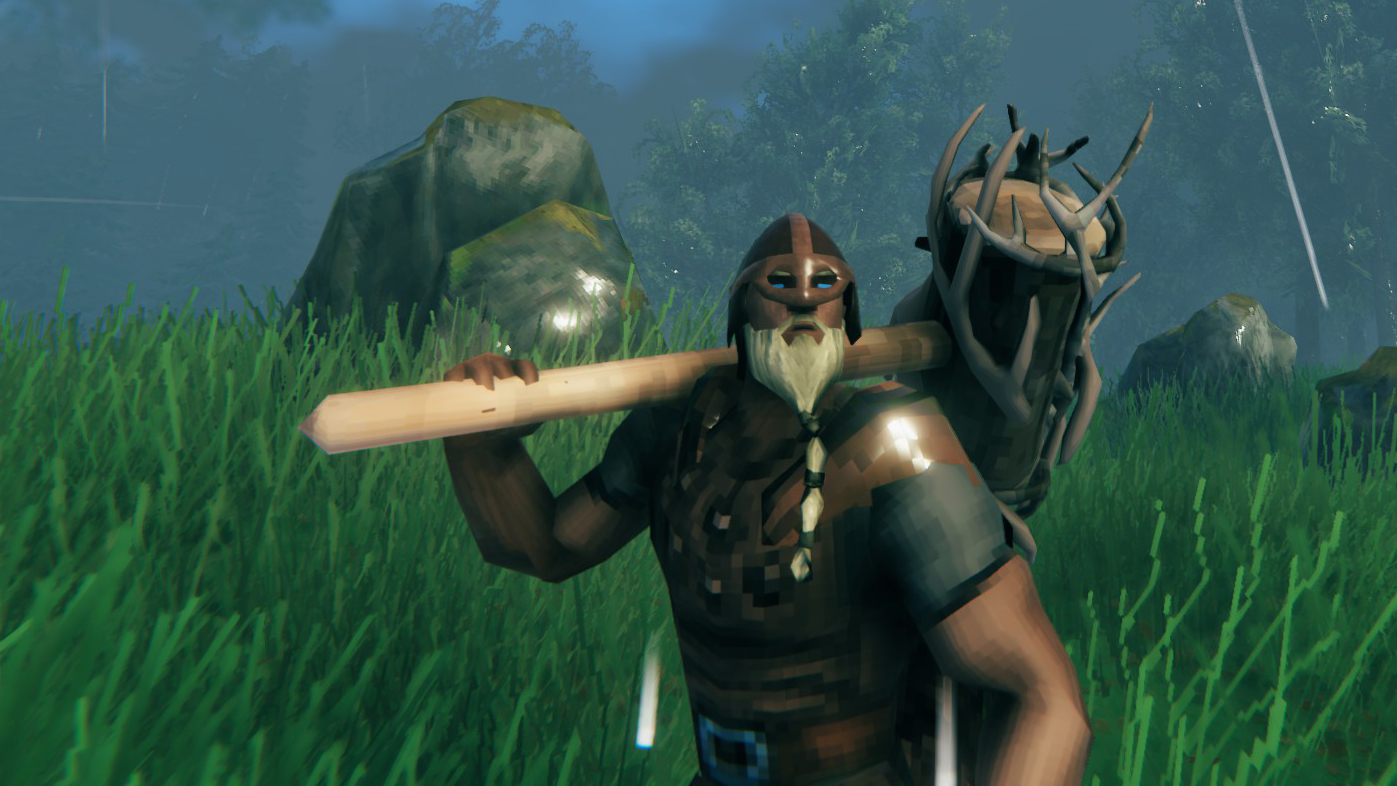 Koei Tecmo's new game is like Monster Hunter on fast-forward