Pimax's 5K or 8K headsets, for many of us even 4K remains superfluous at the moment. At least it's potentially future proofing your VR setup somewhat for when you do decide to upgrade.

Something that's not future proof, however, is the use of standard Mixed Reality controllers. These may be battery operated for quick swap juice-ups, but they forgo a lot of the more advanced features found in other designs like the Valve Index's finger-tracking knuckle controllers. Though the Reverb G2's inside-out tracking does mean no base stations are necessary, and that means simpler setup… with some minor caveats.

The Reverb G2's use of inside-out, visible light tracking means surrounding lighting conditions can really affect your experience. Don't expect it to work particularly well in the conservatory in the middle of the day, or in a dark room, as the headset relies on a very particular lighting requirement to position you properly in physical space.  When the lighting is just right, however, in a generally well-lit room, the tracking is accurate enough.

With base stations absent it's possible to land steady sniper shots even when prone, as long as you don't put the controllers too close to your face. The lack of base stations does mean the overall tracking volume is a little limited. Horizontally it's fine—throwing and archery still works as your hands move back past your ear—but at the top and bottom, it will lose tracking for a moment if your hands are stationary.

The motion gyro sensors (IMU) built into the controllers are the saving grace here as they predict hand movement well outside of the tracking zone, though only when in fluid motion. In boxing games, and other games that involve your hands being close to your face, the controllers also stop tracking about an inch and a half from the headset, which can be jarring and stunt performance.

When it comes to the feel of the headset, it's a snug fit. In adjusting, I would prefer something a little more advanced than Velcro—it gets caught in my hair a fair bit—but otherwise it's a pretty fool proof solution, even if it does feel like the cheap option. The thing needs to be quite tight to prevent slippage and, although it's not the heaviest VR headset around, there's a noticeable pressure on the cheeks. After extended periods of play this can make you feel strange due to interference with the sinuses. Either way it doesn't put any pressure on the bridge of the nose itself, and there's enough room to wear glasses comfortably.

Some users have complained of trouble with the curvature on the face gasket being too extreme. Thankfully this feature is magnetically detachable, and you can now get a 3D printed facial interface replacement that brings you closer to the lenses, which can be found on the VR Cover store. Sad that it has to come from an external company, but another benefit it provides comes in the form of a field-of-view increase.

Field of view is a feature the Reverb G2 really falls down on without the interface replacement. If you've got enemies coming at you from further than 120-degrees vertically, or around 88-degrees horizontally, you're going to be in trouble. Those numbers aren't so great when you pit it against the likes of the Valve Index, with its 136-degrees vertical and 110-degrees horizontal. That's a premium piece of VR gaming kit and comes in at double the price of the G2, but FOV  can be a real stickler for immersion, and you're going to be doing a lot of turning around with the Reverb G2 to make shots.

Still, if you're having trouble focussing for those pro-shots, the Reverb G2 allows you to adjust the headsets interpupillary distance (IPD)—the distance between each lens as it relates to the distance between your eyes. Having this adjustable makes a big difference to player comfort. Not only does this headset have a great IPD range (60mm to 68mm), it also includes a nifty physical slider on the underside of the headset for quick adjustments. While many VR headset manufacturers have omitted the option to physically adjust the IPD, instead implementing software only solutions in many instances, the G2 has the upper hand here.

As for the rest of the experiential stuff, the Reverb G2's tether is a step up from the G1, in that it's now a singular cable as opposed to two adjacent cables. It's also a little longer at 19.5 foot (6m) than a lot of other top VR headsets. The main issue is the cable material—the jelly feel makes it catch on a lot of surfaces, as well as itself. Not fun when you're trying to untangle in a rush.

The off-ear, BMR powered headphones HP has jammed in here are brilliant. Not only is the sound quality incredible, it also helps with keeping you cool and immersed as you have nothing pressing up against the side of your face. They're similar to the headphones used on the Index, and hopefully we'll see more headsets utilise the tech going forward.

The HP Reverb G2 works seamlessly with Steam VR, though I do have some gripes with its reliance on Windows Mixed Reality. Essentially there is no way to stop it from opening on startup if you've left the headset plugged in, aside from uninstalling it—which I don't want to do because it has some cool features to play around with. Other than that, I've no real complaints on the software front when it comes to actually using the set on a day-to-day basis.

The HR Reverb G2 comes in at around $600 (£520), making it more affordable than the HTC Vive Cosmos, Vive Pro, and Valve Index, and it has great resolution to back up that price point. Unfortunately the refresh rate, IPD toggle and slightly longer cable than most don't necessarily make up for the headsets downfalls in tracking and actual field of view.

It seems to sit somewhere in the middle, with no definitive reason for recommending it. While spending more on a VR headset might grant you a wider FOV, and more fancy greebles, spending less can get you all the features of the Reverb G2 and more, outside the ridiculous resolution per eye.

Spending half a grand on the Reverb G2 doesn't lend much in terms of price-to-performance, so with all that the cheaper Oculus Quest 2 has to offer, for far less money, it's probably worth looking elsewhere. 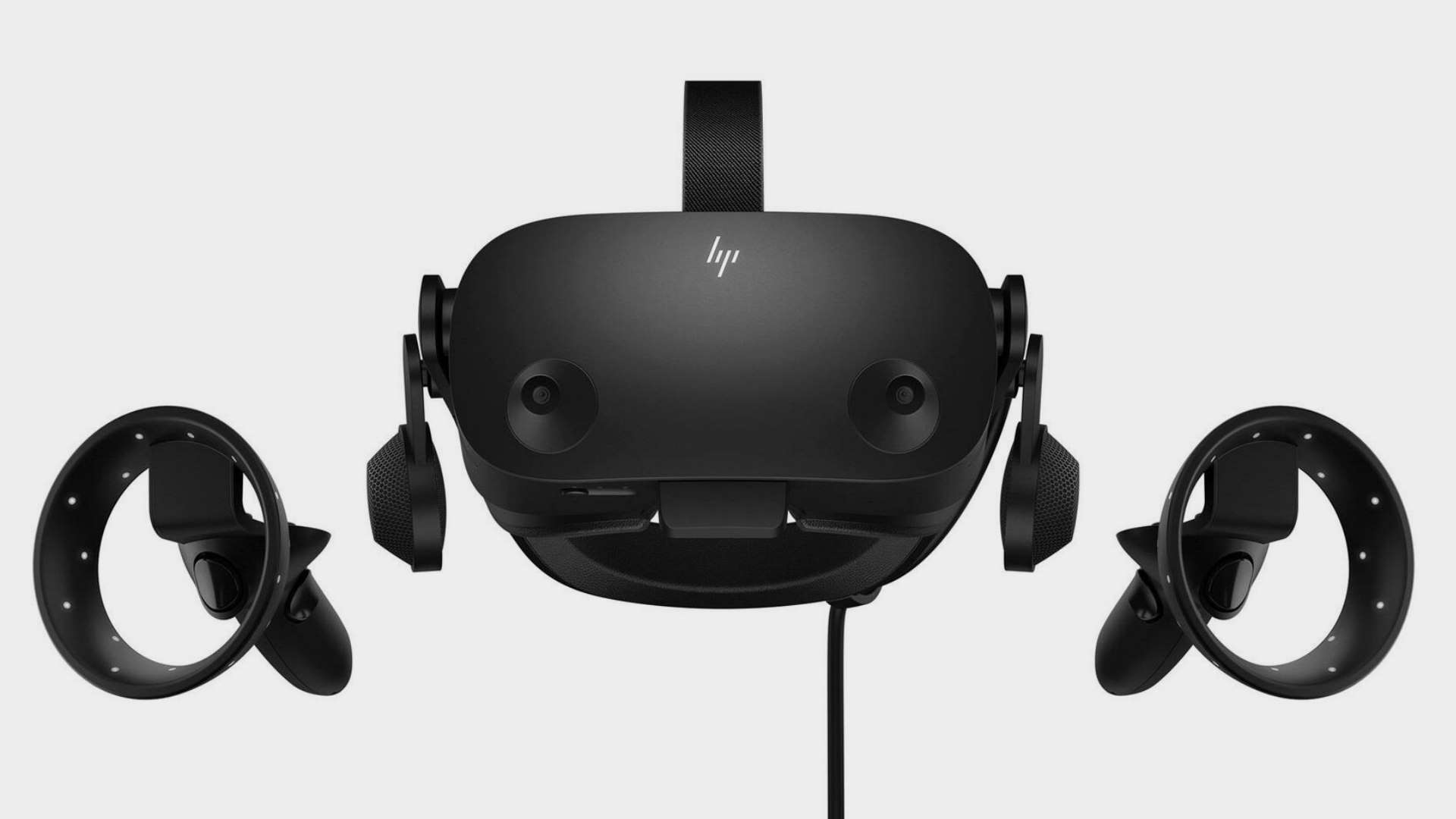 Oh great, now broadband routers are at risk of being in short supply too Wireless Router

Is this mystery VR headset Vive’s answer to the Oculus Quest 2 or more corporate kit&quest; Unrelease Vive VR headset under a black sheet in an office

Watch Nvidia’s GTC keynote from Jen-Hsun’s kitchen here. He might even give you an RTX 3090 Nvidia GTC 2021 Keynote holding image for video