cherry-flavored cookies in Patron, I'm now hoarding candles. They're not for my townfolk to enjoy, they're for trade.

Which I quickly learn is also a problem. Only one or two traders bring their wagons to my town each year, and each is only interested in buying and selling a dozen or so types of goods. The first couple of years after I dedicate my town to becoming Bee City, my honey and candles just stack up in the warehouse. In the meantime, I'm still struggling to stock up enough food for the winter and I'm spending as much gold on soldiers and buildings as my citizens are generating at the market. It's a stalemate. I just can't seem to get ahead of the curve. To top things off, one of my villagers is stung by a bee and nearly dies due to an allergic reaction, something I didn't even know could happen. Sorry I filled our city with angry bees, swollen citizen! I swear, I did have a plan.

But the biggest threat to my village isn't me and my questionable decisions. It's raiders. These aren't some brainless bandits that spawn at a random edge of the map and attack a random building every now and then. The raiders in Farthest Frontier seem to know exactly what they want, and the best time to take it. What they want is all my good stuff, and the best time to take it is when I have the most of it.

I learn this after years of stockpiling candles and honey, when a trader finally arrives who is interested in buying both. I have my laborers hustle my supplies from storage to the trading post and sell as much as I can, racking up tons of gold bars. I take the newly earned gold and immediately spend it on meat from the same trader since I'm in short supply, then sell the trader the rest of my candles and honey to get that gold right back.

And right then is when the raiders come sprinting out of the woods, brandishing swords and clubs and heading straight for the trading post.

Um. Sheeit. I glance expectantly at my nearby soldier barracks, but no one comes running. Oh right, I had no gold to pay the soldiers so they all quit. Now I'm flush with gold but it's too late to do any good. My one short-staffed guard tower sends a few arrows flicking down at the attackers but it's no use. The raiders run straight to the trading post and bash the door down, vanish inside for a second, then come right back out and run off into the forest—with hundreds of gold ingots and a couple months worth of smoked meat. My precious candles and honey are all gone, sold for the money and food the raiders just scampered off with.

I'm furious and genuinely devastated, but I have to tip my cap. It was a surgical strike, and the event really made me feel like the raiders had been huddled at the treeline all winter, closely watching my town before swooping in to rob me blind at just the right moment. Well, lesson learned. I build walls around my warehouse and trading post, eventually build a proper vault for my gold, and move the guard tower into a better position. The next time the raiders strike they have to stop to destroy the gate first, which gives my guard tower enough time to fill them full of arrows.

So, yeah. Farthest Frontiers is good stuff! There's a tough challenge in the juggling of priorities, resources, and labor, enough to keep me from playing at 3x speed most of the time because when I don't keep a close eye on the smaller details everything can go to hell. While a lot of systems feel pretty standard for a medieval city builder, games like Foundation, Patron, Ostriv, and others, they're still done well here. Other systems, like farming, feel more complex and interesting than I've seen in similar games.

And for all my setbacks—at one point my trading post completely burns down while I'm making a trade—the graveyard I built can fit 40 people but there are only currently seven headstones. It can be a tough life but the villagers of Bee City are pretty darn tough, too. (Except for the ones who stomped off angrily instead of waiting in the village to die.) There are some really nice UI options, like being able to toggle on and off tags for buildings, citizens, and resources to get a quick look at extra info. You can choose from several different maps with varied climates and resources, and there's an array of difficulty settings, including a pacifist mode, to find the level of challenge you're happy with.

I've been playing a build of the game that's not even entering early access for another month, but I only ran into a couple minor technical issues that were resolved with a quick restart. Crate Entertainment's survival city builder is shaping up really nicely, and I'm looking forward to getting back to all the trees, bees, and disease. Farthest Frontier will crop up on Steam on August 9. 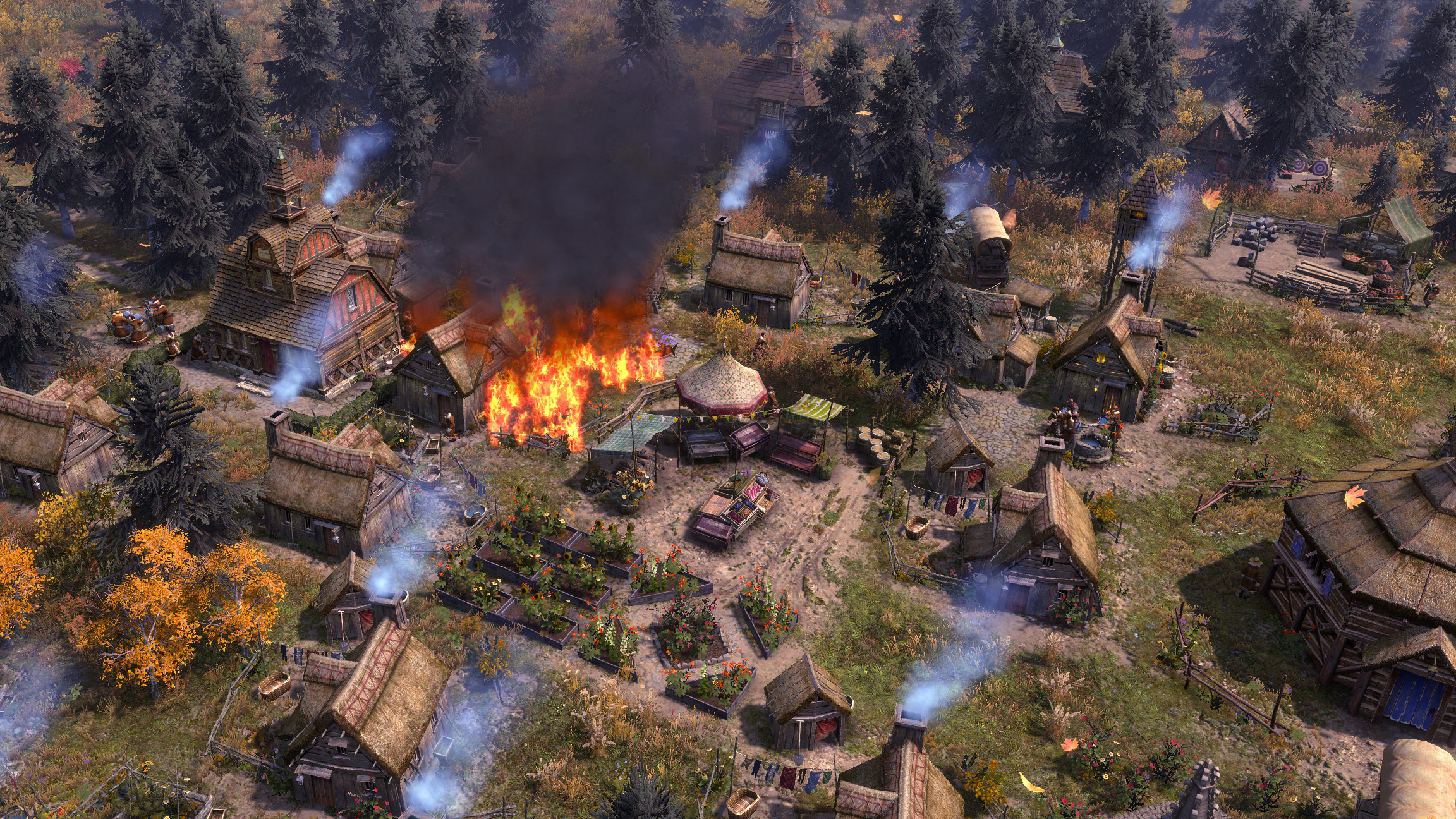