that thing happens (click the link for spoilers) and you want to close your eyes and curl up into a ball. But I want to do all that without all this regular reality getting in the way.

The missed opportunity for VR that is currently Resident Evil Village speaks for itself in many ways. It's a fantastic example of imminent and overtly in your face horror. Resident Evil Village is gory, slimy even. It's a game you can practically smell—a sensation that has spurred on the entire PC Gamer team to discuss history's stinkiest videogames. It's truly disgusting at times, and Ethan Winters experiences it all first-hand (pun intended).

There are claustrophobic hallways with creepy crawlspaces that put you face-to-face with unsettling objects. Even in the grand chambers of Castle Dimitrescu, every door, object, or event puts you face-first into the action, even when you'd rather not be. The player camera is sunk right into Ethan Winters' eye sockets—which conjures up a picture of a monster that could easily find a place among Resident Evil Village's gruesome cast.

Resident Evil Village pulls your attention to what's immediately in front of you. It's more than simply first person games making for obvious VR candidates: If ever there was a perfect vessel for virtual reality gore, it would be Ethan's poor hands.

Capcom has precedent in virtual reality, too, although sadly not when it comes to PC VR. Resident Evil 7: Biohazard was compatible with Sony's PlayStation VR headset, a pairing that created an often surprisingly terrifying and immersive experience. It wasn't flawless by any means, but it was more than an afterthought. That matters for VR, support for which remains sporadic among major developers.

Sadly, Resident Evil 7 never made it over to our gaming rigs or high-end headsets, and none of the VR hacks present a satisfying experience, but damn if it wasn't one of the best horror games on any VR platform to date.

That wasn't a one-off, either. Capcom recently announced it was partnering with Facebook to deliver Resident Evil 4 on the Oculus Quest 2. Another success for the popular VR headset, Resident Evil 4 will be getting a first-person remaster for virtual reality.

Once again, there's no word of a wider release on PC. That's a shame all unto itself, but what it shows is Capcom's willingness to take a Resident Evil game, even a third-person one, and mould it into something suitable for VR. Or, at the very least, get someone else's help doing so—in Resident Evil 4's case that's studio, Armature. 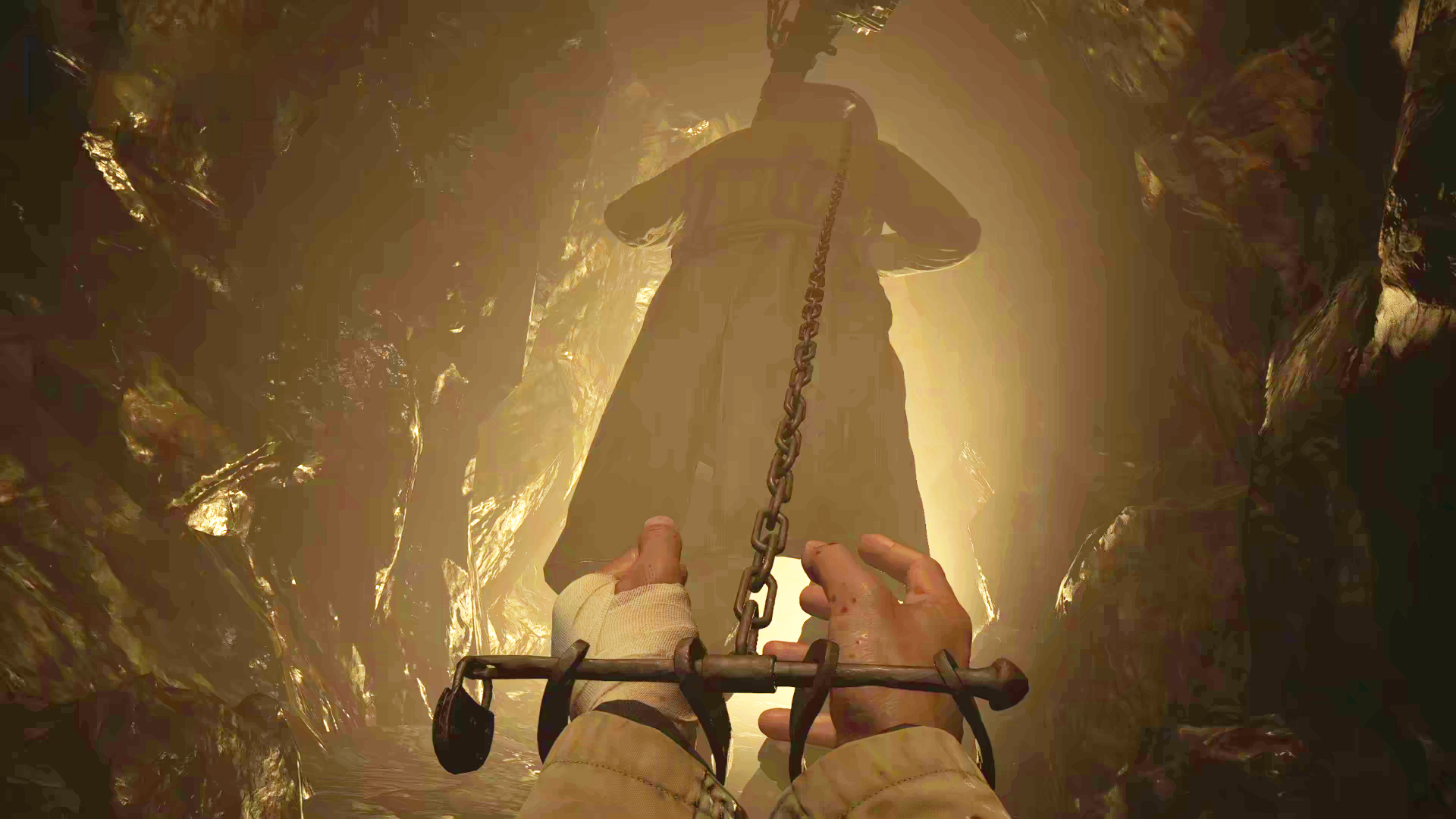 In Lumencraft, drill your way to safety or into a physics-based lava flow lumencraft

Being a disembodied hand won’t stop this cop from dealing out justice A hand, who is a cop, holding a gun