explicitly saying No NFTs. Not even Hideo Kojima, who talked about Microsoft's cool cloud servers.

If the man behind “Transfarring” isn't hyped about your new technology… well, you might have a problem.

For the better part of a year now, NFT and crypto investors have been making grand claims about how these technologies are the future of games and the internet as a whole. They'll change how games are made, allowing items to travel seamlessly between virtual worlds. They'll change why we play games, because what sucker would play to relax when they can play to earn? They'll change the very face of economics as we know it, freeing money from the tyranny of banks and governments and putting our financial fates into the right hands: Reddit's.

The big talk has so far preceded any real evidence of these things coming to pass. The NFT games that do exist are either barren retreads of Second Life exclusively populated by true believers, or they're simply ways to grind for cryptocurrency with the light skin of a videogame applied on top. These crypto games make the worst mobile gacha games look like XCOM by comparison, and they're starting to fall apart.

One of the highest profile, Axie Infinity, started to fall apart as soon as cryptocurrency markets stopped heading for the moon. (A high profile hack didn't help Axie's image, but the same goes for practically every crypto project, from Bored Appe Yacht Club to Crypto.com.) NFT trades as a whole, meanwhile, are no longer booming—they're not dead yet, but I'm feeling pretty good about Tyler's January prediction that NFTs will be all but forgotten by the end of 2022.

Just a few short months ago, the executives in charge of videogame publishers like Sega, Square Enix, and EA were calling play-to-earn games “the future of our industry.” But seemingly none of them believed strongly enough in that future to show it off last weekend, the period of time historically designated to showing off the future of gaming.

Maybe they're all just too scared to go first. Are they waiting to see Ubisoft's next NFT collection first? To be trend-followers, not trendsetters? Ubisoft did say it would be adding NFTs to other games after its little Ghost Recon Breakpoint experiment, but considering how few players actually cared the first time around, it's just as easy to imagine Ubisoft quietly canceling those plans. Whenever Ubisoft does its own livestream later this summer, I don't expect a single mention of NFTs or cryptocurrency or play-to-earn. This whole flim flam bubble is losing its luster, big time.

If there had been an in-person E3 convention this year, I expect there would've been a circus of blockchain tech booths scattered in between Sony and Microsoft and Capcom. Up until now, it hasn't mattered that the big companies have stayed away from blockchain nonsense—venture capital money has flowed like wine into these projects, thanks to both techbro true believers and investors with moonshot dollar signs in their eyes. But that money won't last forever. A recession is on the way. Tech stocks and crypto markets have already been hit hard. If E3 really is an in-person event in 2023, as promised, I suspect only a few hardened blockchain survivors will have booths on the show floor hyping up their revolutionary technology.

And the only ones buying it will be other folks hyping up their own blockchain tech. There will be a lot of talk about synergy and cross promotional opportunities. But the longer we go without a single big game publisher standing on a press conference stage and introducing a game powered by the blockchain, the more likely it seems that the hype has already peaked, and the clearer it is that play-to-earn is a grift. “Play” was just bait all along.

Not a single game publisher was talking about NFTs or the blockchain at this year's strange E3; there weren't even sponsored segments from crypto companies. With that complete and utter lack of interest from the gaming industry as a whole, I think it's safe for us all to recalibrate.

From now on, when we see posts like the one below—posts that have made us ask ourselves “Am I crazy? What insight do they have that I don't, to be so sure?”—we should feel confident that there truly is only one correct and proper response: 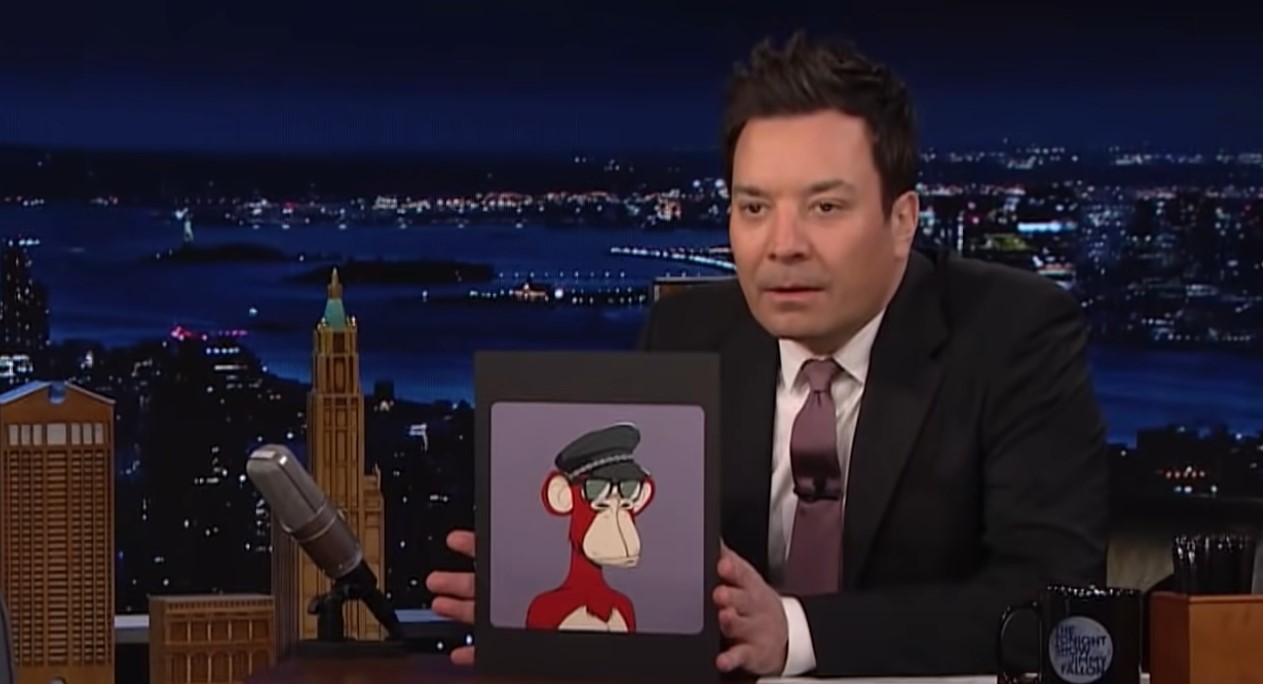