I’m scared of what Overwatch has become

an interview about the development of Overwatch 2. For years I even wore a bronzed OW logo badge on one of my jackets. But now I'm scared of what it's become.

Overwatch dies on October 2. The game that got me into FPSs is just going to cease to exist, and that's a very hard thing for my brain to accept. There's no going back to the way it once was once Overwatch 2 comes out, and the changes Blizzard is making, even before its launch, aren't going down well with fans.

As a Widowmaker player, for instance, her new sound design has left me baffled. One of the core strengths of Overwatch has always been the audio. Listening to your surroundings, you could determine the distance of the enemy, what character it was by their distinctive footfalls, and even when to time your abilities. But Widowmaker's shots are so much more hollow now. Before I could tell if I had hit my target just by the sound alone, but in the betas I was confused and disorientated by new shot noises that didn't make sense to me. I'll learn how to play her again in time, but this is just one of many issues. For other players it's Mercy's new jump, or the confusing sizes of tanks with the introduction of Junker Queen and rework of Doomfist, or tank's new responsibilities as a single, not dual role.

Changes have to be made between iterations of these games, but they're slightly alienating because I'm not familiar with the feeling of Overwatch anymore. These changes I can deal with, just about, but then came the battle pass.

The battle pass has made waves within the Overwatch community as it's the basis of Overwatch 2's free-to-play structure. Overwatch 1 was a paid experience with the loot boxes as its ongoing earner. Many players defended the loot boxes  as they were purely aesthetic. No heroes locked away, no game changing mechanics, just D.Va can be a massive bug now if she likes. That's being changed with the Overwatch 2 battle pass.

Heroes will be locked behind the battle pass upon arrival. And it's not an early reward either. One of the screenshots of new healing hero Kiriko reveals that you'll have to hit tier 55, out of 80, before you can unlock her. You can no longer just play the heroes upon release. Or you could pay $40 and get the Watchpoint Pack, allowing you to earn Kikiro right away with some other benefits like skins and Overwatch coins. Hey Blizzard, remember when I paid over $40 to just own the game and it's continued updates and paid for aesthetics down the line? Now that was a good time.

I'm just exhausted from loving something that keeps changing underneath my feet. Overwatch is and will always be one of my favourite games. I adore it, but I want it to do better. I want Blizzard to treat it better. The world has the potential to be so rich and Overwatch 2 feels like such a great opportunity to revive the competitive scene, improve the player experience, and support those players who kept playing when it was in low-maintenance mode. But here I am, terrified Overwatch 2 is going to come out and I'm not going to like it anymore. I'm going to be tired of grinding battle passes, with an obligation to play to keep up rather than playing for fun.

Overwatch upon its original release was unique in its take on FPSs but things have changed. Games like Apex Legends and Valorant have caught up. It's now following their trends rather than making its own, and Overwatch 2 might be suffering for that reason. The battle pass structure is iterated in every free-to-play game now and so feels worn out, and Overwatch 2 is now carrying that baggage.

The faster pace is good, it makes Overwatch more competitive in-game and against the other shooters. But it will alienate some tank players devoted to knowing their main and off roles. With just one tank, the styles of play for an entire role have changed to one allowing aggression and the other allowing protection, to one person doing potentially both. The lessons Overwatch taught hero shooters have been taken on board by the rest of the industry. Its diverse cast, its vibrant world, its dynamic, varied shooter gameplay. But the lessons Overwatch 2 has learned from the industry are just kind of stale.

I have hope that the launch will be successful. I'll play Overwatch 2, I'll even buy the battle pass to give it all a chance, an opportunity to quell my fears, and to teach myself what the game has evolved into after years of development. I'm just so scared I'll go through what Battlefield fans went through with 2042 or what Halo fans went through with Infinite. Is it my turn to be disappointed? I hope not. 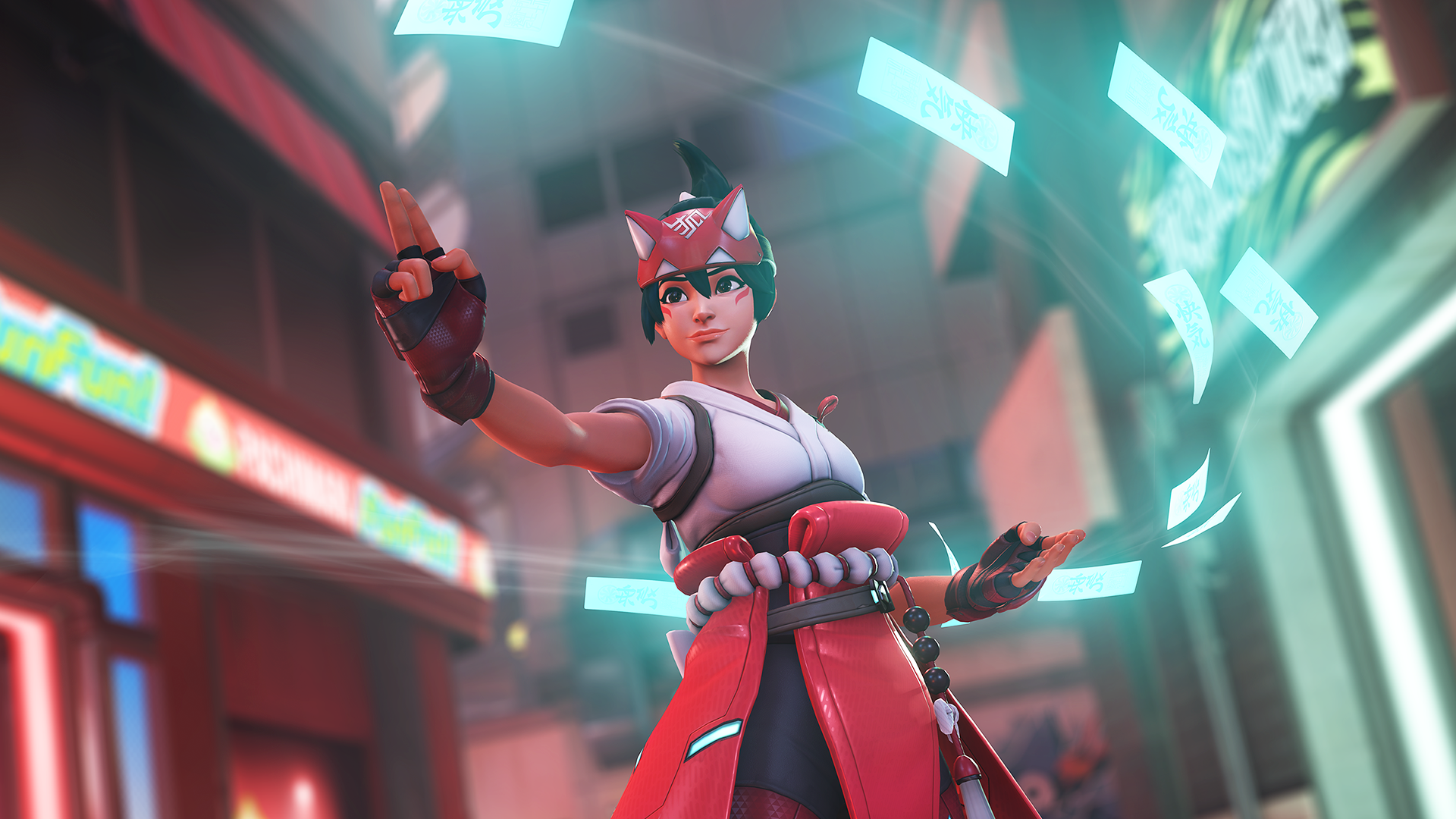 The Windows 11 2022 Update is Available Today

Portal is getting a full Nvidia RTX overhaul mod