In this underwater survival city builder, reboot civilization at the bottom of the ocean

Aquatico you use submarines instead of rockets to reboot civilization. With the Earth's surface desolate and uninhabitable, your job is to create a booming metropolis on the seafloor in this underwater survival city builder, due out later this year.

A free demo of Aquatico popped up today on Steam, developed by Digital Reef Games and published by Overseer Games (who created Patron, another fun survival city builder). I spent some time with the demo creating my own version of Andrew Ryan's Rapture, this time one without giggling vampire children and magic powers sold from vending machines. And I'm happy to say that even in demo form, Aquatico feels like a pretty substantial city builder. Just clicking around in the menus for the first time, there's an impressive number of buildings to unlock and a tech tree that scrolls on for ages.

I started with a few basic production buildings to pump oil out of the seabed and convert it to fuel, I placed a couple oxygen generators so my small handful of humans can fill their diving suits with air, and planted some undersea turbines that use the water's current to generate electricity. Resources like oil and fuel all need to be connected with a pipeline that runs through the city, and the early stages of the game also depend on sending out underwater drones to scavenge the reefs for sponges to produce plastics (the sea's favorite snack) that can be used for everything from building new structures to fabricating clothing.

It's a little weird to think about going shopping for clothing while living at the bottom of the ocean, but once you start building domes it makes more sense. Your human survivors don't just scuttle around between airlocks in cramped tin cans, but can have homes built under huge water-tight domes, and those little air-bubble neighborhoods can have markets, health clinics, and schools, just like the surface world did.

And honestly despite being beneath the waves, Aquatico still functions a lot like surface-dwelling city builders. I was delighted to discover I could still build farms, and I'm currently growing crops of sea cucumbers and kelp under the watchful robotic eyes of my undersea drones, who plant, harvest, and then deliver the goods to market. You can raise livestock like tuna in pens and harvest them, too, just like an aquatic cowboy. And your citizens won't be crouched in a cramped metal tank spooning cold fish into their mouths: you can build proper restaurants under the domes for a fine dining experience. Sushi is on the menu.

Naturally, there's plenty of risk when you're messing around 100,000 leagues under the sea. There's nothing more alarming than seeing a warning icon pop-up over one of your human residents, especially when they're walking around on the seafloor. You don't want to run low on oxygen, obviously, but the ocean's depths are extremely cold so any shortage of heating fuel means your humans will begin freezing to death. And with new citizens regularly arriving from the surface you have to keep all those resources flowing and growing or a small shortage could become a major catastrophe.

Like the best city builders, it's also fun to take a few minutes to just sit back and watch things happen in Aquatico. There are some lovely animations as the various production buildings churn out resources, and it's fun seeing my human citizens walking around in their domes or trudging across the seafloor in mech-like diving suits. A mechanized submarine moves surplus resources from my base into storage, and schools of fish, sea turtles, and even sharks regularly swim by.

It's all really delightful to see in action. That singing crab was correct: it really is better down where it's wetter.

I'm looking forward to playing more: despite building quite a lot in the opening hour, the map I'm playing on looks huge and I've barely covered any of it with my city. And while I unlocked submarine expeditions, they're not available in the demo and I'm curious how they'll work. There are also government and societal policies that can be passed that I've barely begun to investigate. I only got a small look at Aquatico, but I like what I've seen so far.

One thing I do wonder: with oil drilling and plastic manufacturing and pipelines stretching all over the map, is civilization just making the same mistakes all over again, this time inside the ocean instead of next to it? I guess we'll find out when Aquatico launches later this year. 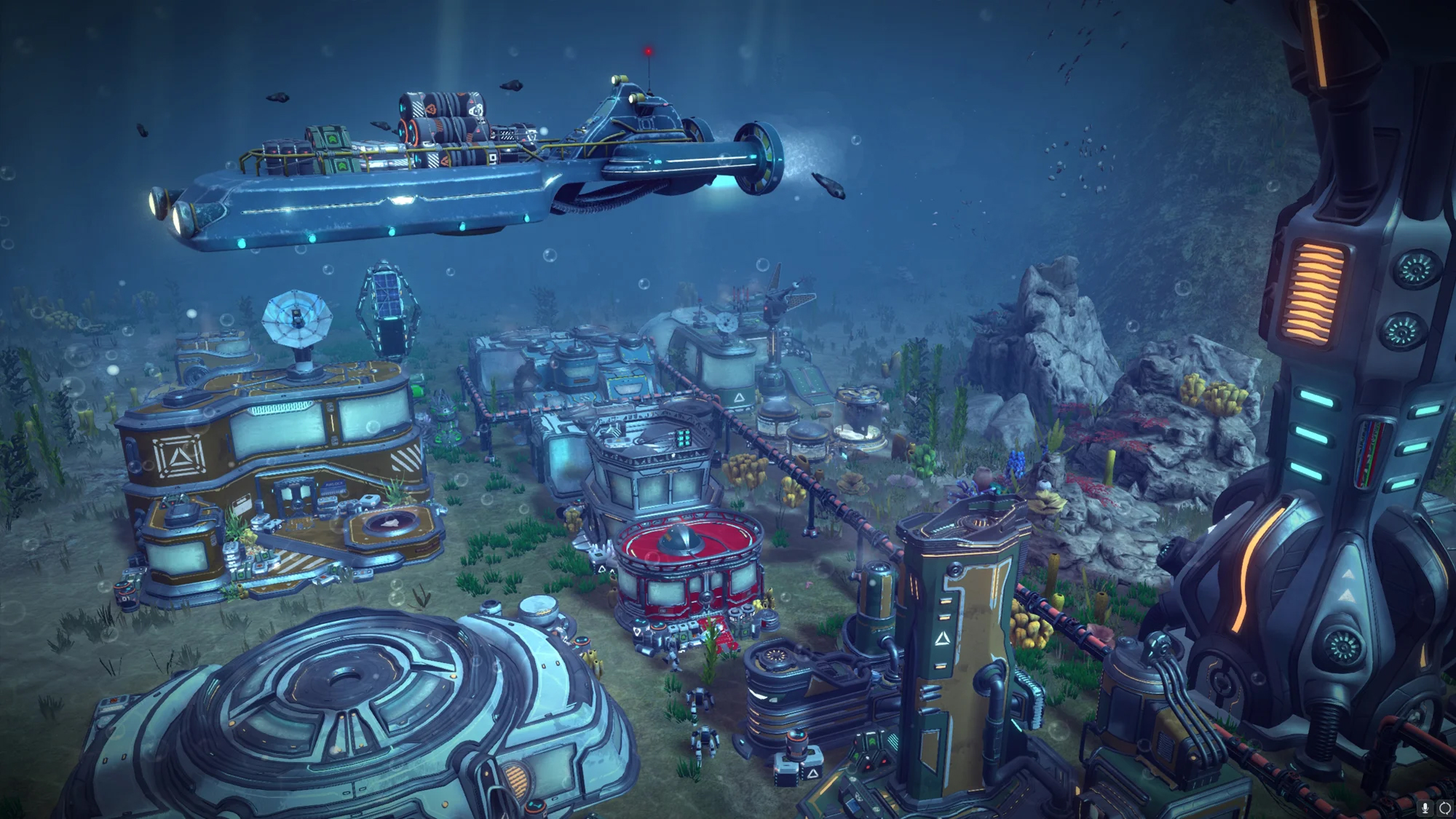 This streamer is playing Jump King, except every wrong move drops him into a dunk tank