production processes, bringing them more in line with TSMC and Samsung, as well revealing that Amazon and Qualcomm are to be its first foundry customers.

Meteor Lake turned up as an example of a client CPU that will be built using the newly named Intel 4 production process, which was previously known simply as its 7nm process.

That wasn't the surprising reveal about Meteor Lake though, it's the fact that it's made up of three different tiles: a Compute Die, SOC-LP die, and a GPU die. This is comparable to the chiplet designs that AMD has been sporting with its Zen architecture, to great effect.

Essentially it will allow Intel to use different manufacturing processes for different chips in the final package. It's a more efficient way of working, and one that isn't so badly affected by errors, as the individual chiplets are smaller, it means more of the wafer is usable. This is all glued together using Intel's Foveros packaging technology, which handles how these dies are attached.

Not content with showing off that Meteor Lake would be its first tile-based CPU, Intel also decided to reveal just how many Execution Units (EUs) the GPU die can contain: with the render specifically showing it has between 96 and 192 EUs. For comparison, current chips packing Intel Iris Xe graphics max out at 96 EUs, so you're potentially looking at a straight doubling of the graphics silicon for the top-end Meteor Lake chips.

Meteor Lake is set to be released in 2023 and is the replacement for Raptor Lake, which itself is scheduled for 2022 and is a replacement for Alder Lake. We know that Raptor Lake will use the same LGA 1700 socket as Alder Lake, but we don't know whether Meteor Lake will follow suit—there are rumours that it will use a new LGA 1800 socket. If true, that'll mean you'll need a new motherboard at the very least.

Alder Lake is due for release before the end of this year, with some rumours putting it as early as October. It will use the Intel 7 process, previously known as its 10nm Enhanced SuperFin process. Alder Lake is important because it's Intel's first hybrid design destined for desktops, featuring up to eight “big” traditional cores and up to eight “little” efficient cores.

Intel showed off a render of this CPU during the webcast, where the eight large Golden Cove cores (in dark blue) could be seen alongside the much smaller Gracemont cores (in light blue at the end). Obviously, this is just a render, but if the chip areas are roughly the right size, it shows just how big a difference there is between the core sizes. 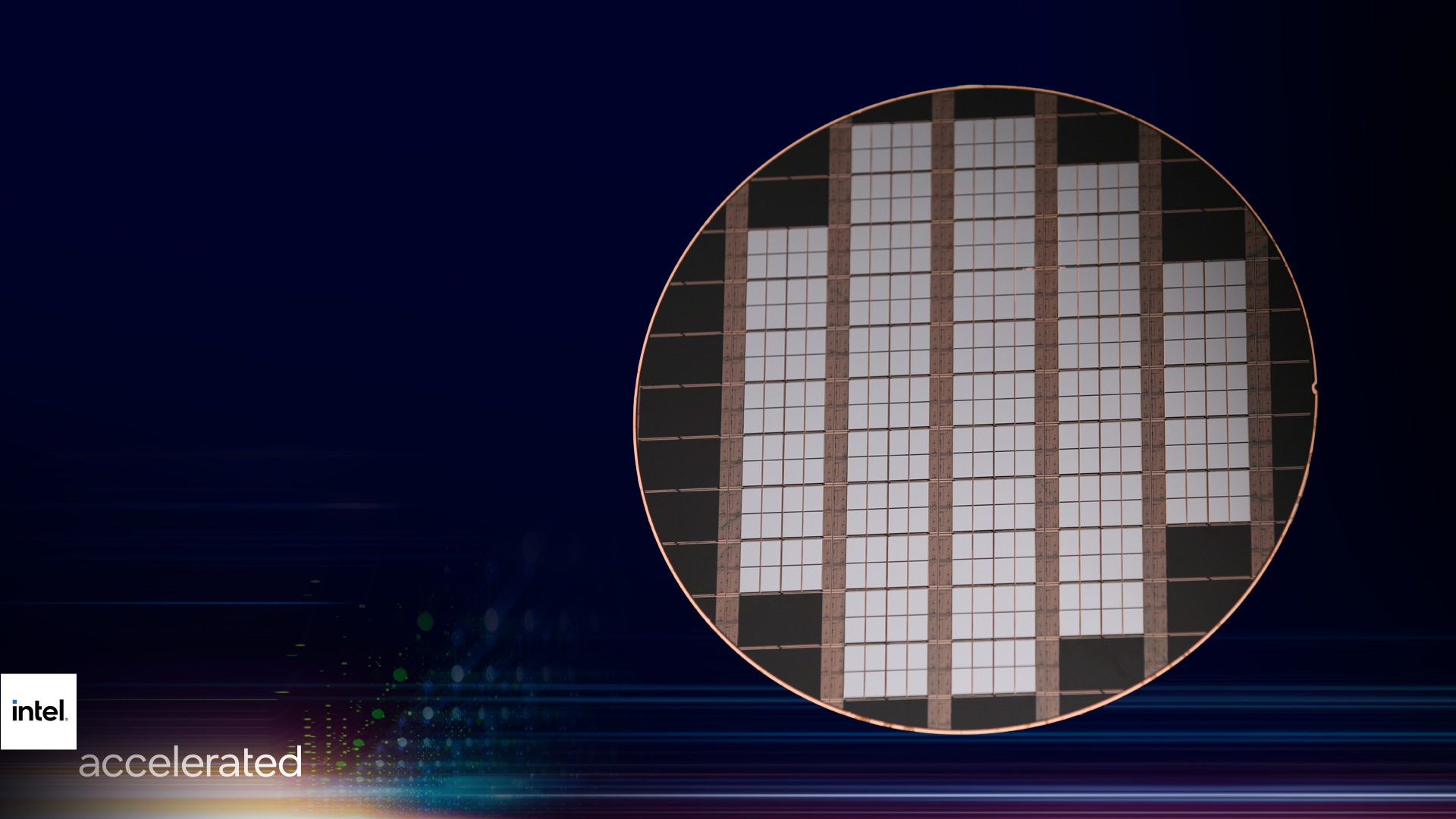