announced at the end of May, and they're in plenty of laptops already with more on the way. Before we can get our hands on any of those laptops, though, Intel has provided us with a Tiger Lake-powered 'whitebook'. This machine is basically a showcase for the technology and representative of what you will be able to buy, even if you can't actually buy this particular model.

The headline act of this laptop is the top-of-the-range Core i9 11980HK beating at its heart. This is Intel's fastest, most tricked-out Tiger Lake offering. It's an 8-core, 16-thread chip with a base frequency of 2.6GHz, but is capable of hitting 5GHz under pressure. That's not a bad showing for a laptop processor, although this is notably less than the 5.3GHz promised by the previous generation top dog, the Core i9 10980HK.

There are some important differences between the new 11th-gen Tiger Lake CPU and the previous 10th-gen Comet Lake, not least of which is the fact that the new chip is manufactured using the 10nm SuperFin manufacturing process as opposed to the 14nm process of its predecessor.

Tiger Lake uses Intel's Willow Cove microarchitecture, which offers improved performance and efficiency compared to its direct predecessor Sunny Cove. That's the architecture used in Intel's Ice Lake CPUs, which were low-power mobile chips that topped out at 4-cores and 8-threads. Great for thin and light laptops, but not so hot for gaming machines.

Willow Cove offers more L2 and L3 cache and can also be clocked much faster, which combined represents a 10-20% improvement over Sunny Cove. This in turn means that Tiger Lake has the raw grunt needed to take on the legacy of Intel's previous mobile gaming delight, Comet Lake, while also offering up a true alternative to AMD's Ryzen 5000 mobile series.

As this is a new processor, it draws on plenty of new features as well, such as 20 PCIe 4.0 lanes for fast storage options or discrete graphics, Thunderbolt 4, Wi-Fi 6E, as well as Intel-specific technologies like Quick Sync Video and AVX2. There's a lot on offer here, although it isn't quite the utter game-changer that is Alder Lake, which will be coming to laptops as well as desktops by the end of the year.

MSI GS66 Stealth, which is home to the Core i9 10980HK. That GS66 houses the Max-Q rendition of the RTX 2080 Super, which makes comparisons with the RTX 3060 a bit harsh, but for the most part I'll be focusing on the CPU performance anyway. I've also included numbers for the Asus ROG Strix Scar 17 as well, which packs an AMD Ryzen 9 5900HX and an RTX 3080.

The first thing that stands out about the performance is the Cinebench R20 score that has the new 11980HK achieve the highest single-core performance of any machine we've tested. The multi-core performance is also significantly better than the previous generation, although AMD still has a notable lead here. The same is true for the X264 video encoding, which sees a 10% improvement over Comet Lake, but AMD is still out in front.

When it comes to the games tests, the CPU portion of 3DMark Time Spy continues this general trend, with the CPU performance improving for Intel compared to the last generation, but the AMD Ryzen 9 5900HX still setting the pace. When it comes to gaming, though, it's your graphics card that is going to make the biggest difference, and the Metro Exodus performance is defined by the GPU far more than the CPU.

In testing the Core i9 11980HK topped out a 100°C on a number of occasions, and this laptop isn't quiet when it gets there either. We did see it hit 5GHz on a couple of occasions too, and while brief, it does show that the silicon is capable of hitting the advertised speeds.

A chunkier chassis would be preferable though: a machine that is a bit more unabashed about its gaming aesthetic will probably deliver peak performance for longer, and not be quite so whiney in the process—this was easily one of the noisiest machines I've tested recently.

Such considerations are largely for system builders to weigh up though, and balancing the performance with the size of the chassis is something that will separate the great machines from the merely good ones. There's definitely power to be had from Tiger Lake, but cooling is key.

The takeaway here is that the latest Tiger Lake chips are capable slivers of silicon. Support for the latest technologies, such as PCIe 4.0 and Thunderbolt, alongside a capable set of cores, is quite the package. And while it's true that CPUs are less important to your framerates than your graphics card, knowing that your mobile processor isn't holding you back is probably as good as it's going to get.

Tiger Lake is going to be able to handle the heavy lifting of video encoding as well as any other serious number crunching when you're not gaming, which makes for a great option. And for some seriously healthy competition in the high-end laptop space too.

Whether you side with AMD or Intel, it's great to have the option to pick one side or the other.

Ultimately it's going to be down to laptop builders as to which performs best in which kind of chassis, but also what you want from your next-gen laptop. From what we've seen though, the latest Tiger Lake chips are a compelling package, especially if they're given the room to breathe. At the very least they offer a notable improvement over Intel's 10th-gen offerings and can take the fight to AMD.

It looks like things have just got a lot more interesting when it comes to picking the best gaming laptops. 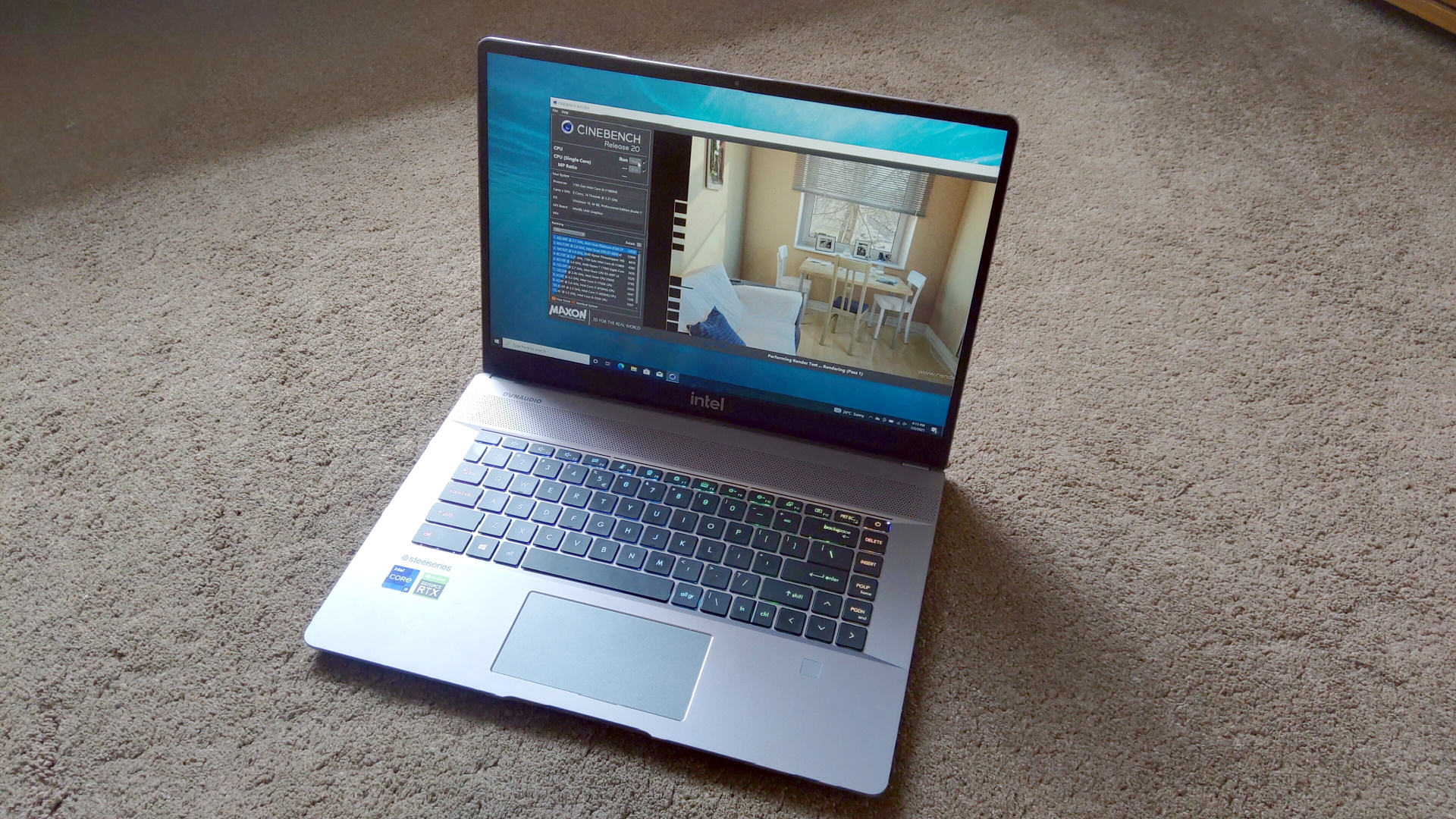