Ion Storm Austin’s journey from Thief to Thief, by way of Deus Ex

PC Gamer magazine issue 362 in October 2021, as part of our 'DNA Tracing' series, where every month we delve into the lineages behind iconic games and studios.

The life of a studio famed for big, difficult decisions began with a no-brainer. When John Romero approached Warren Spector with a blank cheque to make his dream game, Spector's team was unemployed—showing up to the defunct Looking Glass Austin office to pitch ideas unpaid. In their sketches and documents was a concept for a spy game called Shooter, in which an agent could hack devices and control nanotechnology. The year was 1997, and the air was thick with Hollywood actors in mirrored sunglasses tapping away at chunky keyboards.

Suddenly, with Romero's backing, anything Spector and his studio could imagine was fair game. The fundamentals were clear for a team that had coalesced around Thief: The Dark Project—a first-person world in which objects behaved as expected when subjected to gravity and the elements, and NPCs reacted with a nuance that enabled players to manipulate them.

Yet it wouldn't be true to say that Deus Ex was born from a unified creative vision. In fact, Spector encouraged discord by creating two design teams, each with a separate idea of what the game should be. One, headed up by future Arkane boss Harvey Smith, was determined to ground the adventure in a fashion that emphasised the 'near-' of near-future; the other had inherited the Ultima RPG sensibilities of Spector's alma mater, Origin Systems.

The results could have been disastrous, a game pulled apart by horses. Instead, Deus Ex was elevated by its whiplash variety. One level, which Smith fought to keep free of enemies, was a prototypical Gone Home in which you quietly explored the mansion of a dead Illuminati leader, listening to the wistful observations of the daughter she left behind. Another was a Matrix-esque hotel escape best handled with a flamethrower. A third, Hong Kong, was a massive city hub stuffed with engrossing dialogue—a no-no in Looking Glass games, which had favoured abandoned or out-of-hours spaces in order to dodge uncanny NPCs. Forget Assassin's Creed, Deus Ex was the game in which everything was permitted, for player and developer both.

That exhilarating clash of contrasts was reflected in the story, too. Where later sequels homed in on transhumanism and the social issues it magnified, the original Deus Ex was an explosion of conflicting political ideas. Through likeable secondary characters, who condemned lethal methods in no uncertain terms, it endorsed a broadly liberal worldview. Yet its knotted storyline also warned against the potential of globalism to put power in the hands of a malevolent few, and hooked you up with a terrorist group dedicated to upholding the US right to bear arms. Thanks to the earnest socialist voice of lead writer Sheldon Pacotti, Deus Ex became a game in which a minor NPC in a bar could bend your ear with a radical interpretation of the Declaration of Independence. Like the environment it was produced in, Deus Ex was a smorgasbord of ideologies.

By the time it came to make Deus Ex: Invisible War, Ion Storm Austin had resolved its internal differences. Perhaps that was part of the problem. With Harvey Smith newly installed as creative director, the team set about streamlining, determined to focus Deus Ex's feature set. Some of the more notorious controversies now seem overblown—the universal ammo system is defensible, for instance, since it regularly drains your guns, encouraging creative solutions with an environmental or social dimension instead. But Invisible War's amalgamated factions decoupled the series from real-world concerns. What's more, a singular vision reduced Invisible War's capacity for surprise, even as it routinely matched its predecessor for thoughtful, non-linear level design.

The biggest issue, however, was the Xbox. It's important to note that, in 2021, the tribal fear of 'dumbing down' is outdated hogwash; practically every AAA game is now multi-platform, a trend which has multiplied game budgets, benefitting PC gamers just like everyone else. Invisible War, however, fell on the edge of that change. The Xbox's 64mb of RAM forced a dramatic reduction in the scale of Deus Ex's levels.

While not necessarily a dealbreaker for design—immersive sims have always favoured density over sprawl—it was a compromise that hurt Invisible War's fiction. Lower Seattle, supposedly a sprawling slum, comprised a couple of tight streets, three apartments, one coffee shop and a deathly quiet bar—far from the “vast cityscape” described in early interviews.

Ion Storm pursued a similar policy of parallel development on PC and Xbox for its third and final project, Thief: Deadly Shadows. And some of the same problems manifested—especially in the cramped open world that connected missions, damaging the carefully curated sense of a larger city looming in the background of Garrett's heists. Yet it clearly benefitted from being second in the queue, behind Invisible War—bearing less of the brunt of the console's technological lessons.

In fact, with Deadly Shadows, it finally seemed as if advancing tech was catching up with the Looking Glass dream of a simulation that mimicked the world's natural forces. The Havok physics was rubbery but robust, and Ion Storm made fine use of dynamic shadows—making your safe space mercurial for the first time as torch-wielding patrols moved back and forth behind lampposts.

Most of all, Deadly Shadows felt like the completion of a circle for the studio that had first coalesced around Thief. Spector let former Looking Glass staff lead the way, who treated Deadly Shadows as the last part in a trilogy—tying off Garrett's journey from cynic and misanthrope to caretaker of the world. Rarely has an inherited series been honoured so carefully.

Ironically enough, it's a reverence Ion Storm would never have afforded its own series, Deus Ex, which it considered a platform for risk-taking. That impetus might have disappointed players of Invisible War, who found their beloved RPG-shooter too much changed. But without that same quality, they would never have cared about the name Deus Ex in the first place. 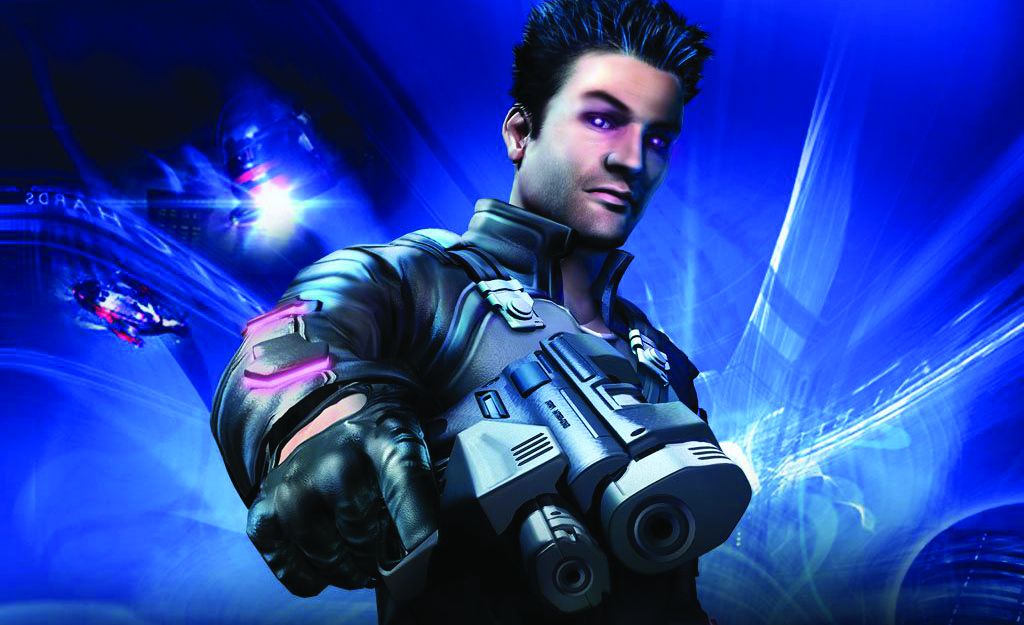 Intel and Micron pushing hard for subsidies from the US government