biggest update yet. Soon, both sides will compete to build expansive train networks across the map and construct massive factories capable of producing fire-breathing tanks.

As a single soldier, I'm a tiny cog in the works, and yet my contributions feel real and useful no matter what I'm doing. Amazingly, the distribution of players between frontline fighters and blue collar factory workers is balanced. I've played a few military sims, including FPSes like Squad, where logistic (or “logi”) roles go mostly ignored by players who'd all rather be shooting guns than driving trucks back and forth. That's not the case in the persistent world of Foxhole, probably because the logi part of the game is just as deep as the frontline. Building experts spend days and weeks constructing freeform bases and fortifying them with walls, gates, bunkers, pillboxes, and trenches. The first few weeks of a war are not a race to grab territory, but a race to the end of a tech tree that starts with sandbags and ends with devastating nuclear weapons.

Foxhole is an honest-to-god MMO. It's also an RPG, but in the literal roleplaying sense, not in the stat grinding sense. Like the best social games, great stories happen as a matter of course. Like last night, a few friends and I were helping secure a frontline base by guarding a bridge that Wardens had been seen sneaking through. The four of us stood at the ready for over an hour, occasionally chasing after enemies who tried to slip past our watchtowers and steal a vehicle. It was going pretty well until a pair of Wardens came rolling down the bridge in an armored car with a mounted machine gun. We got slaughtered, but were determined not to let it stand.

After repsawning in the base we'd been protecting and lacking our own APC, my friend hatched a plan just silly enough to work: hop in the bed of an armored transport, drive straight toward the APC, and toss anti-tank grenades out the back.

I've become instant friends with soldiers scrunched in cramped foxholes only to lose them moments later in a hail of bullets. I've snuck deep behind enemy lines with a small partisan squad, stolen a Warden tank, and taken it on a joyride through their base. I've delivered crates of desperately needed respawn tokens to a frontline base just minutes before it ran out (got a lot of grateful messages for that one).

I can't overstate how important proximity voice chat is to making this all work. Hearing distant conversations or urgent calls for help creates points of interest that I naturally want to investigate. Sometimes I find a squad preparing a coordinated tank push on a distant Warden base. Sometimes it's a bleeding rifleman who needs to be carried to a medical tent. Other times it's a recon squad arguing about anime as they set out on a spy mission.

It's almost impossible to run five minutes in a direction without interacting meaningfully with other players, and the vast majority of the time, the interactions have been positive. That guy who showed me the ropes on my first night? He really didn't have to. I was slowing him down with my constant questions, but his patience was deep and his instruction remarkably thorough—you'd have thought he was a convincingly programmed tutorial NPC if he hadn't later told me he's a machine operator from Utah who plays Foxhole during the quiet hours of his graveyard shift. I kept expecting to run into jerks as I was learning the game, but without fail I've found players eager to help. The obnoxious loudmouths and outright trolls common in Squad and Hell Let Loose seem to be fewer in Foxhole. Maybe its top-down perspective and simplistic shooting don't conduct egotistical behavior as well.

Good thing Foxhole's community is cool, because there are a bunch of unintuitive design decisions that make getting into the game harder than it needs to be. You have to really like the idea of Foxhole to put up with its frustrating inventory menus, obtuse interaction controls, and general lack of explanation of how things work beyond a basic boot camp area that teaches you to the bare minimum of movement, combat, and factory work. YouTube, wikis, and good ol' human conversation will have to be your real teachers.

I find it hard to stay frustrated by what Foxhole doesn't do well because of how many things it does spectacularly well. They're things that other games don't even aspire to. Foxhole places its complete trust in players to use the tools provided to conduct a war with essentially zero direction. There's not even an official command structure or class system that dictates who can do what. You do rank up by receiving comendations, but it's mostly a cosmetic title. I, a lowly sergeant, can do anything a Captain can. I'm endlessly impressed that Siege Camp, a small Toronto-based studio that got its start in mobile games, has successfully operated an MMO for years that allows thousands of concurrent players to build, shoot, drive, and explode tens of thousands of objects on a single server with minimal interruptions.

I suspect some of the magic can be explained by the smart way Foxhole instances the map in several kilometer-wide hexes. Only your current hex is loaded at a given time and traveling to a bordering hex requires a few seconds of loading. At the borders of the busiest fronts, ones packing hundreds of players on both sides, I sometimes had to wait in a queue for a few minutes before getting in.

As Foxhole nears its 1.0 release, I've wondered if the single biggest reason the game works is because it's relatively small. Unlike most most other MMOs, Siege Camp can place its full attention on a single server that covers its entire population. The studio has been able to increase the map size over the years to support a growing player base, but a few times Siege Camp has been forced to start up a second shard—an overflow war cut off from the original. The war that just wrapped up seemed to comfortably fit a daily average of 1,500 players on a single server. If Foxhole's player base doubles overnight following its 1.0 release, the server list will almost certainly have to expand to accommodate. That's fine, but I do find it charming that right now, every single person playing Foxhole is on the same map.

Selfishly, I want Foxhole to stay small, but I also think more people would give it a shot once the major 1.0 Inferno update drops on September 28. 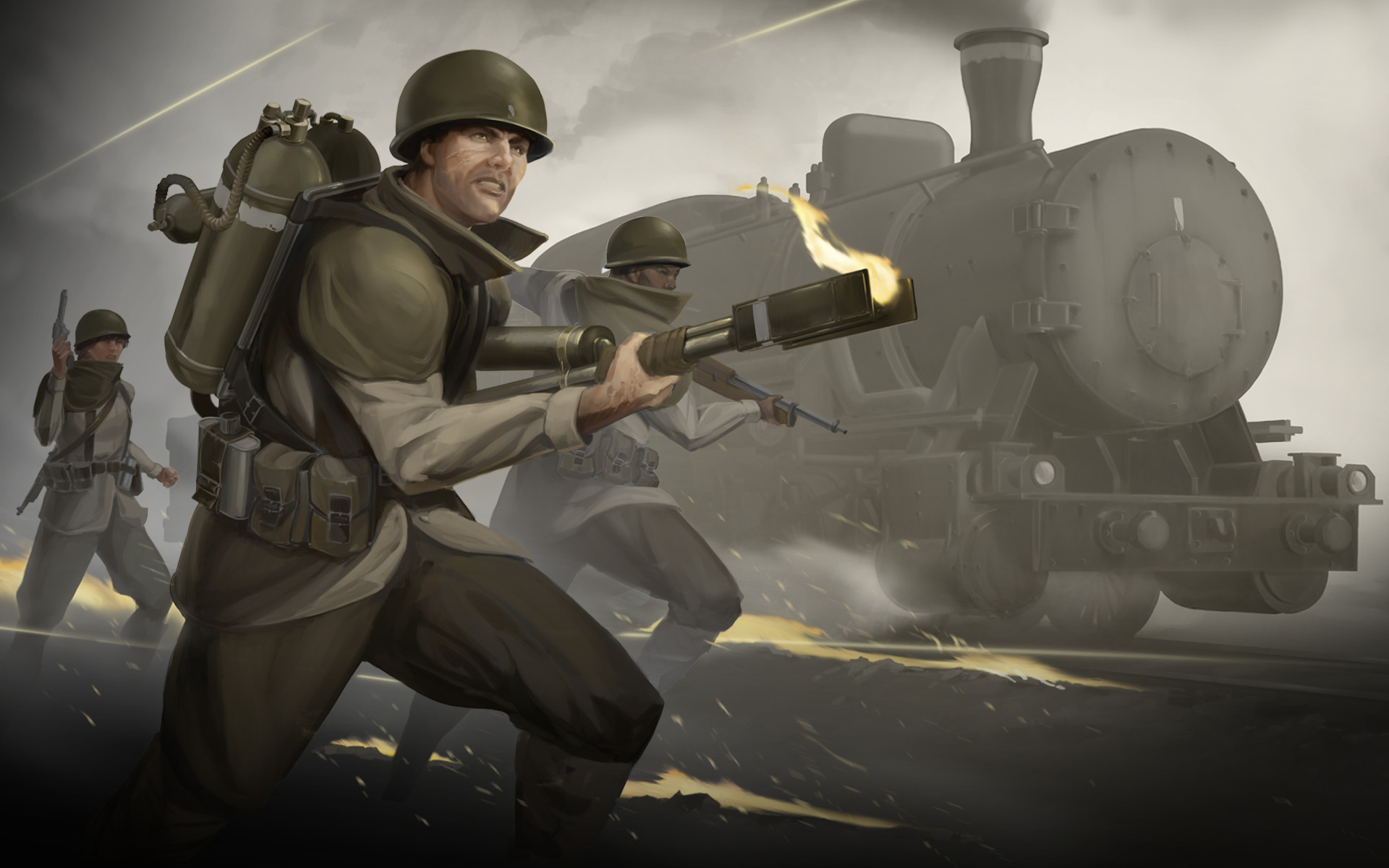 This great lightweight gaming mouse is only $22