legend: An Elden Ring player who shows up to other people's games wearing nothing but underwear and the world's worst helmet and then singlehandedly slays the game's toughest boss. He made his bones back in April, inspiring widespread admiration, fan art, and even a dodgy imitator or two. And after months on the job, Let Me Solo Her's legend has grown so great that even Elden Ring publisher Bandai Namco felt compelled to pay tribute to his greatness.

Bandai's gift to Let Me Solo Her, who is known in the real world as Klein Tsuboi, was actually sent in May, but ran into some adventure of its own courtesy of a paperwork hangup at French customs, who apparently took issue with massive bladed weapons being sent through the late. In late June, it finally arrived in the US, and after a smoother run through customs in North America, it was received—and yeah, it's pretty sweet.

Thank you @BandaiNamcoUS and @ELDENRING for giving me this gift and congratulating me for being #LetMeSoloHer . I can still remember my first experience with the soulsborne series and almost quitting because of Iudex Gundyr in Dark souls 3. I’m glad I persisted and (1/3) pic.twitter.com/w2FF77HRnOJuly 6, 2022

The package is one of a reported 40 that were made for influencers ahead of Elden RIng's launch—apparently Bandai held a few back for future considerations. It includes a note of congratulations from Bandai Namco, a wood carving of Malenia, a lovely map of the Lands Between, a cloak and clasp, and the centerpiece, an actual frikkin' sword, embellished with the famous word “Rise, Tarnished” along its blade. Tsuboi said on Reddit that the blade is “very blunt” but he thinks it's full tang, which means that it's made from a single, solid piece of metal that extends from the tip of the blade to the end of the grip.

“Thank you @BandaiNamcoUS and @ELDENRING for giving me this gift and congratulating me for being #LetMeSoloHer,” Tsuboi tweeted. “I can still remember my first experience with the Soulsborne series and almost quitting because of Iudex Gundyr in Dark Souls 3.

“I'm glad I persisted and went on to enjoy the game, because this community is one of the most passionate and dedicated people I've ever seen in a game, and I'm proud to be a part of it.”

Despite reaching what I could consider the pinnacle of Elden Ring achievement—because honestly, where do you go after Bandai has bestowed upon you your own literal sword?—Tsuboi said yesterday that he's “still going strong.” Speaking as someone who has yet to square off against Malenia, that's very good news indeed. From me to you, here's my thanks in advance. 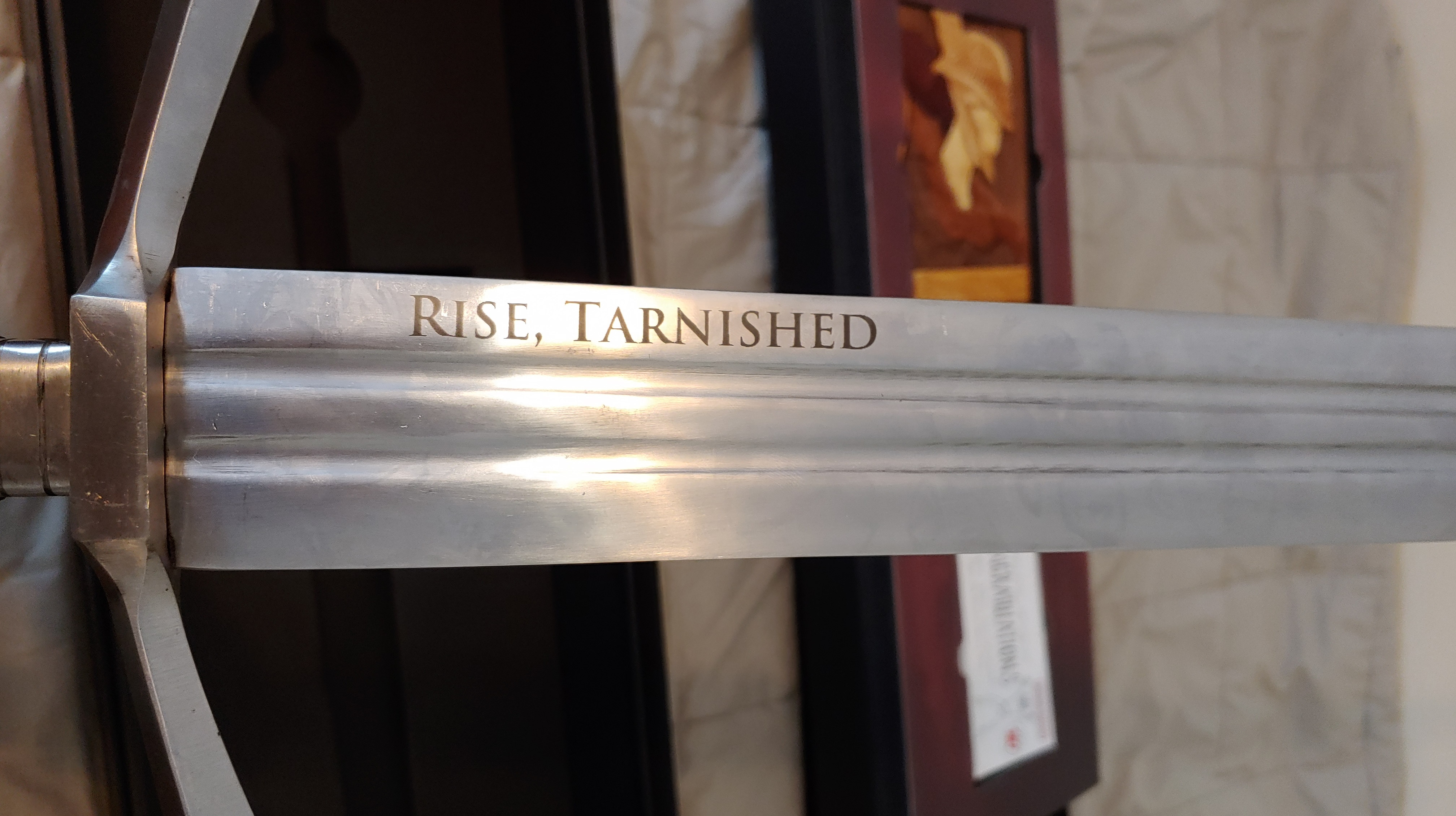