For more than 20 years fans have been mastering and refining Chronicles' tools, which let you export standalone games for easy sharing. Tomb Raider's 25th anniversary has brought out the very best, though even 2021's most notable releases are still just a sampling from a vast vault of treasures.

Movement At The Monastery by Australian developer Lochie is an example of what 'classic' Tomb Raider looks like today. Challenging even for veteran players, Lara is invited on a surreal adventure through a titanic Tibetan monastery, a single structure holding dozens of challenges, sidequests, and secrets, capped off with a spectacular cinematic finale.

Lochie got into Tomb Raider editing as a teen. Now 36, he has grown appropriately meditative on the process. “It's like a creative purge, you get to write a story, design and detail rooms, add music, sound, and cameras, and even scripting if you so choose, and you only have to take on as much of these things as you can bother with,” he says. It's not all relaxation, as he adds, “At some point the level starts to own you and before you know it you have to finish the damn thing so you can go back outside and get your life back in order.”

Lochie tells me MatM started out as a small lockdown project, using in-game objects like rolling boulders to act as internal timers for mechanisms. Limitations led to exploring the deeper end of the editing suite. “I stumbled into scripting and also discovered how to use conditional triggers. The complexity of things was able to be ramped up a few notches. I got a bit carried away then—I was in a kind of creative heaven. The sky had opened up and only the game breaking bugs would bring me back down to earth from time to time.”

While more of a creator than a player, Lochie (and all of the other creators I interviewed) recommended 2011's Mists Of Avalon: Part 1 as a must-play TRLE project. It has a sequel in the works, too, which will hopefully be released this year. Lochie has a high concept for what to make next as well: a time loop adventure that is inspired by Mobius Digital's Outer Wilds.

More accessible for returning and fresh players is Premonition. It eschews crumbling ruins in favour of Lara exploring in and around a sunken Russian submarine. It is incredibly haunted. The small physical space of the submarine becomes increasingly flooded and cursed over time, giving it the sense of being a non-linear hub, even if progression is relatively straightforward.

Developer Luis ‘LOTRKingluis' Cupido of Portugal is a second-generation TR fan. “I've always loved Tomb Raider games since a very early age, most of it thanks to my dad's love for the games as well,” he says. “My first Tomb Raider game was Chronicles, and I found out about the TRLE community when I was 13 years old, around 2010.”

He explains that even a relatively classic project like Premonition requires a huge set of tools and community assets to put together. “Roomedit for level building, Wadmerger for adding objects, Strpix for textures, Ng_Center for Scripting, Metasequoia for modelling, etc.” Many objects and textures were made by hand or sourced from sites like Lara's Levelbase. All together, Premonition is the fruit of around two years of work.

What defined the TRLE scene in 2021 was a trio of spectacular full games, all years in development and inspired by survival horror. One, Horizons: The Hellgate Saga, is the work of Justin Brinner, who has been mapping for Tomb Raider since 2001, with this project dating back to his teens. (Look to the boxout for the other two.)

“I was 16 at the time, and I churned out over a dozen mediocre levels in a short period of time,” Brinner says. “Some of these levels were part of a series I was creating called Dark Skies, the end of which was lost due to a PC crash back in 2003-ish. Horizons is effectively my reboot of those Dark Skies. It all started as an idea in 2003 to create a set of fantasy levels, and evolved into a story-driven multiverse adventure.”

Horizons opens with a dive into a Resident Evil-inspired zombie-plagued city, and getting bitten will cause you to slowly lose health from the infection unless treated. Soon it escalates sharply into a dimension-hopping quest across alien environments filled with new monsters. It's genuinely impressive all by itself, but also part of a planned multi-game series. A grand ambition, considering that parts of the saga date back to 2005.

Brinner considers the RE inspirations to be secondary in Horizons. “I've only ever played RE 1, but it had such a huge impact on me. Having said that, Doom is actually the primary inspiration, but we will see more of that in the second saga, as this first saga is simply a scene-setter.”

This is just a taste of what the classic TR scene produced in 2021, and their plans for the future seem even bigger. These games play like nothing else today, and it seems that there's plenty of life in low-poly Lara yet. Dust off your best adventuring shorts and have a dig around on TRLE.net; you might find something you treasure, or even create a timeless artefact yourself. 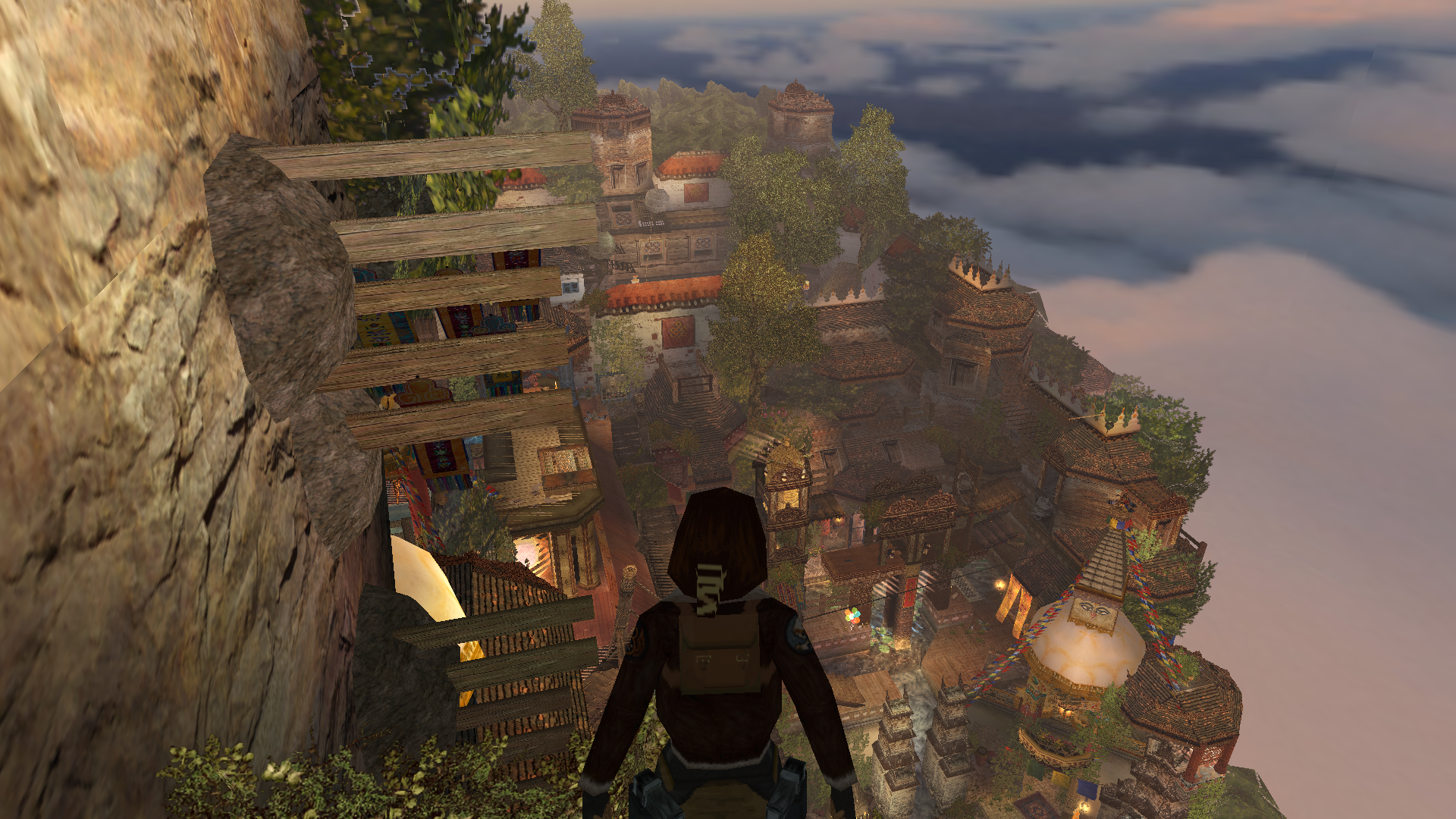