Minecraft 1.20—everything we know about the next major Minecraft update

learned from showing off features too early, leading players to be disappointed when things change during development or get pushed back into later updates. So this time, we've only seen part of the total features list for 1.20, and don't have a name to hang our expectations on.

What we do know is that Mojang has said the themes of update 1.20 are “self expression, creativity, and intrinsic motivation.” That last part is something that I got to hear quite a bit about from Minecraft's game director Agnes Larsson and gameplay designer Nir Vaknin when I interviewed them earlier in 2022. They don't want Minecraft to feel clingy, they've said, and always want players to keep coming back because they're feeling inspired, not because they feel forced by the crafting grind.

It's no surprise then that several of the new features we know about for 1.20 are centered around building: new aesthetic blocks and a functional bookshelf. We're also getting a nod towards adventure with the new camel mount found in the deserts.

The feature list does feel a little short right now, but we know Mojang will be revealing more features for version 1.20 as we get closer to its launch. Here are all the details about the next update we know so far:

When does the Minecraft 1.20 update launch?

Minecraft 1.20 will launch sometime in 2023, though Mojang has not given a specific date yet. Since Mojang has explained that features in the update are closer to complete development, it feels likely that we will see the new version launch a year after the latest one, sometime in the summer of 2023.

Even though the full update will not launch for a while yet, we'll get to start messing with Minecraft 1.20 features really soon. Mojang has said that it will begin releasing 1.20 snapshots and Minecraft Preview builds just a few days after the reveal stream on October 15.

What new blocks are getting added in Minecraft 1.20?

So far, the new blocks for Minecraft 1.20 we've seen are mostly centered around personalizing builds and telling stories through new contraptions. There's the new bamboo wood type, the functional chiseled bookshelf, and hanging signs too.

The chiseled bookshelf is particularly neat thanks to its redstone signal capability. It will give off a redstone signal based on how many books it currently holds, which Mojang suggests could power some very cool secret doors. The shelf doesn't have an inventory UI, Mojang says. That likely means you'll place books on the shelf by clicking on it with a book in hand or taking a book by pointing with your reticle and clicking with an empty hand.

The new Minecraft 1.20 mobs are the camel and sniffer

So far there are two new mobs coming in Minecraft 1.20: the camel, which Mojang chose itself as a new desert-dwelling mount, and the sniffer, which won this year's community mob vote.

Camels will be found hanging out in desert villages walking, sitting, and flopping their little ears. They are indeed a new type of mount, which is part of their coolest feature: They seat two players. That means you can bring a friend along for a trek between bases without needing two different mounts. Camels also have a special horizontal dash ability for crossing ravines.

The sniffer is an extinct overworld mob that you'll have to resurrect by finding their eggs. They're very large and slightly turtle-shaped with mossy backs, a large yellow snout, and floppy pink ears. Once hatched, sniffers will dig ancient seeds out of the ground for you to plant.

No longer will you have to choose between Alex or Steve for your default Minecraft face. Mojang is introducing seven new default characters: Makena, Efe, Noor, Kai, Ari, Sunny, and Zuri. Mojang says that this is another part of its efforts to help players with self-expression, by offering lots of new default characters to play as.

Granted, Minecraft Bedrock players can still use the dressing room to create their own personalized Minecraft character and Java players can download tons of free Minecraft skins designed by other players, but the nod to new characters is nice.

The new default characters for Minecraft are actually coming prior to update 1.20 sometime in November or December of 2022, Mojang says.

Unfortunately no, it doesn't seem likely, Mojang said during a Q&A with press about update 1.20. That said, Mojang has made it clear that it hasn't announced the full feature list for the update yet, so it may still be holding back a biome surprise. Best to take Mojang at its word and not get our hopes up just yet but, well, anything's possible.

The last major Minecraft update to not include any new biomes was Minecraft 1.15, Buzzy Bees, in 2019. That update put a big focus on the bee mob and all its related items like honey blocks and bee nests. If version 1.20 also doesn't include a new biome, we can probably expect a similar focus on other areas instead. 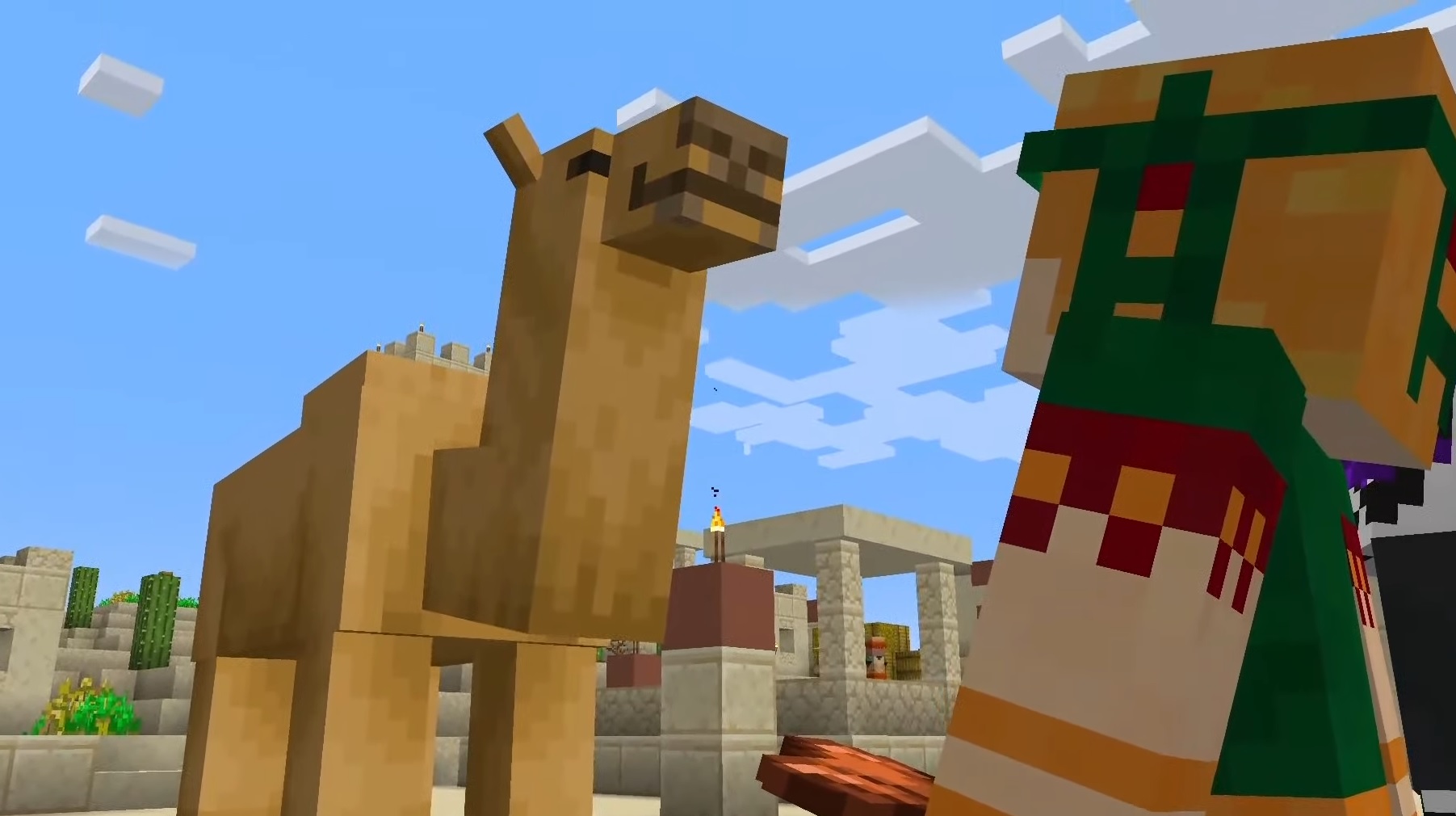 Minecraft camels: what we know about our upcoming desert pals