added AMD's FidelityFX Super Resolution (FSR) technology to SteamVR (via Sweclockers). This gives supported VR games a much-needed boost to frame rates while maintaining decent image quality. Sounds like a good use of the tech to me, and given Nvidia's DLSS 2.1 also added support for some VR titles, and means there is some parity between the two technologies.

AMD's FidelityFX Super Resolution is an open-source project that works with a wide range of graphics cards, not just with AMD's own offerings. So, Nvidia and Intel GPUs can also benefit, although even FSR is going to struggle to make Intel's current integrated GPUs shine in VR.

It's not bad if you've got a slightly more powerful GPU, though, and in our tests, we were impressed by the results. It is FSR's open-source nature that has given it the real edge though, and take up has been quick even outside of professional developers. Modders have added FidelityFX Super Resolution to GTA V themselves, and now a whole range of VR games can benefit from it too, all from the labours of one individual.

The modder in question is fholger, who admits that there may be a few issues with FSR being implemented at this stage in the rendering pipeline, particularly when it comes to antialiasing. Some experimentation may be needed, in other words.

Fholger, shows off what the mod is capable of on their github page, with side-by-side comparisons in Skyrim VR and Fallout 4 VR. They also explain how to tweak the mod to your own needs using the config files, including how to set the rendering resolution, the scale factor that FSR should use, as well as the amount of sharpness to add.

Any game that uses Open VR and runs on DirectX 11 should work with the mod, which essentially requires that you copy a modified DLL into your games directory. It also works with Unity and Unreal 4 games. This means that plenty of titles should benefit from AMD FSR and fholger's work.

Let us know in the comments how you find it if you've been able to try it yourself. 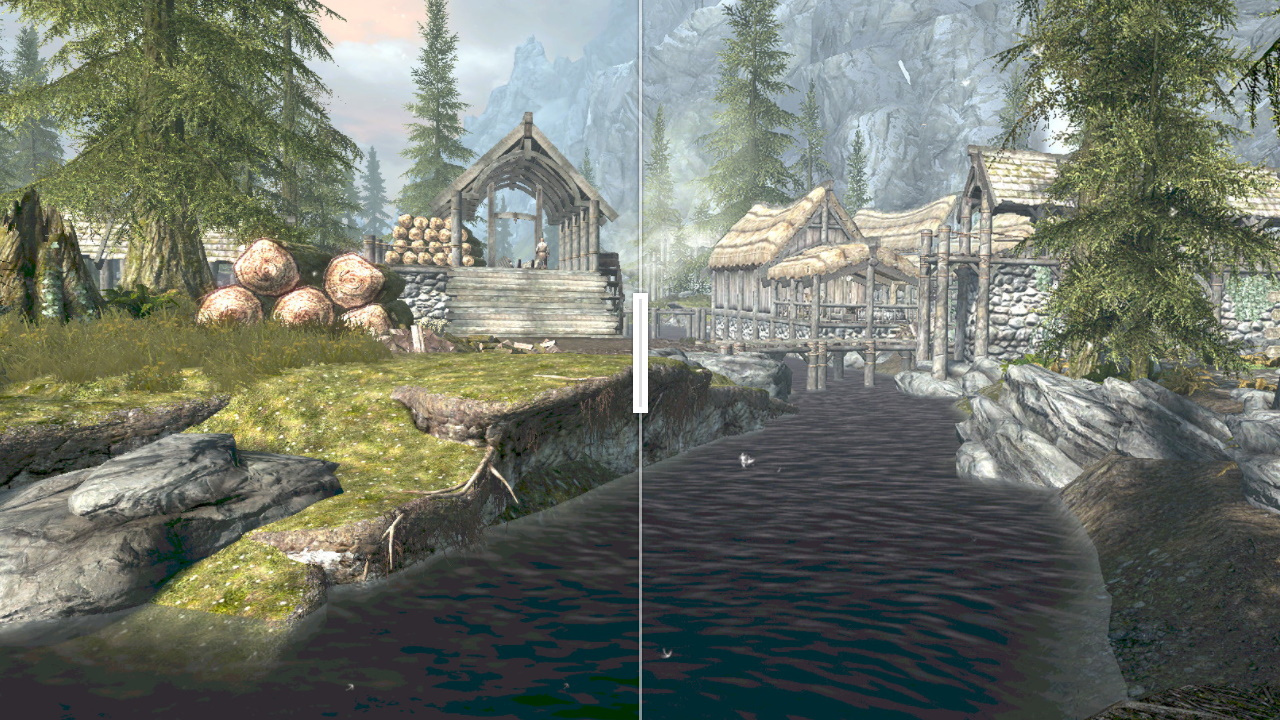