sci-fi intercom system. It was an out-there design I respected.  And if you know me, I do love some goofy-looking tech. For the Bumblebee II microphone, Neat decided on a more modest design for its budget microphone, pitting against a competitive group of worthy noise recorders.

Considering the charmingly bizarre design of the original Bumblebee and King Bee microphones, it's strange to see Neat go for such a modest design. I'm certain the new look has a broader appeal than the old look. But I guess if you want flashy, the new King Bee II is probably more up your alley.

Neat's Bumblebee II elbows itself on the top end of the budget microphone field. Much like other mics at this price, features were given up to retain good recording quality, which usually ends up with the microphone just having a mute switch (if you're lucky) and not much else. So you can imagine my surprise that the Bumblebee II has not only a mute button but also a multi-use button that cycles through volume and gain, which is pretty unheard of for mics at this price.

Despite its bigger size, the Bumblebee II's sound is on par with HyperX Solocast and Razer Seiren Mini mics, which isn't a knock against it. As you hear below, the quality of my voice is what I like to call 'work call' good. It's loud and clear enough for day-to-day use. If you're looking for studio-quality sound, you'll have to pay for it.

Since plosives were on the loud side, you may want to invest in a pop filter. The mic is also good at picking up some background noise, so if you have an expensive loud AC unit, turn it off during recording.

Again the mic's larger desktop stand size also affects its portability; other budget mics like the Seiren Mini and Solocast use small stands that make it easy to pack for recording on the go. If you're just planting this on a desk, it takes up an acceptable amount of space, but it's too cumbersome to toss into a bag and go.

The stand itself has a nice circular base that looks good but isn't a shock mount, so the Bumblebee picked up every slight vibration and bump on my desk. While not a big deal in a Discord call, it will drive you nuts if you're trying to, let's say, record some vocals.

The build quality for the stand is poor as well. Literally minutes after using the mic, one of the snap-on screw covers on the hinge that tilts the mic up and down instantly broke off. So now, every time I move the mic, the cover falls off, exposing the screw, which kills the look of the mic. This is unfortunate because I like how easy it was to install onto a boom arm.

I also take issue with the location of the USB Type-C port and headphone jack on the bottom of the microphone. The way the mic sits on the stand forces the cables to get tugged and pinched in a way that can't be good when trying to angle the mic where you want it.

Even though the Bumblebee II MSRP is $100, it is regularly on sale for between $50 and $70 most weeks. For your money, it's a decently serviceable microphone that sounds good. Though every time I see that exposed screw, it becomes harder and harder to recommend regardless of how cheap and good it sounds. A shame considering how well it sounds compared to other budget, entry-level mics. 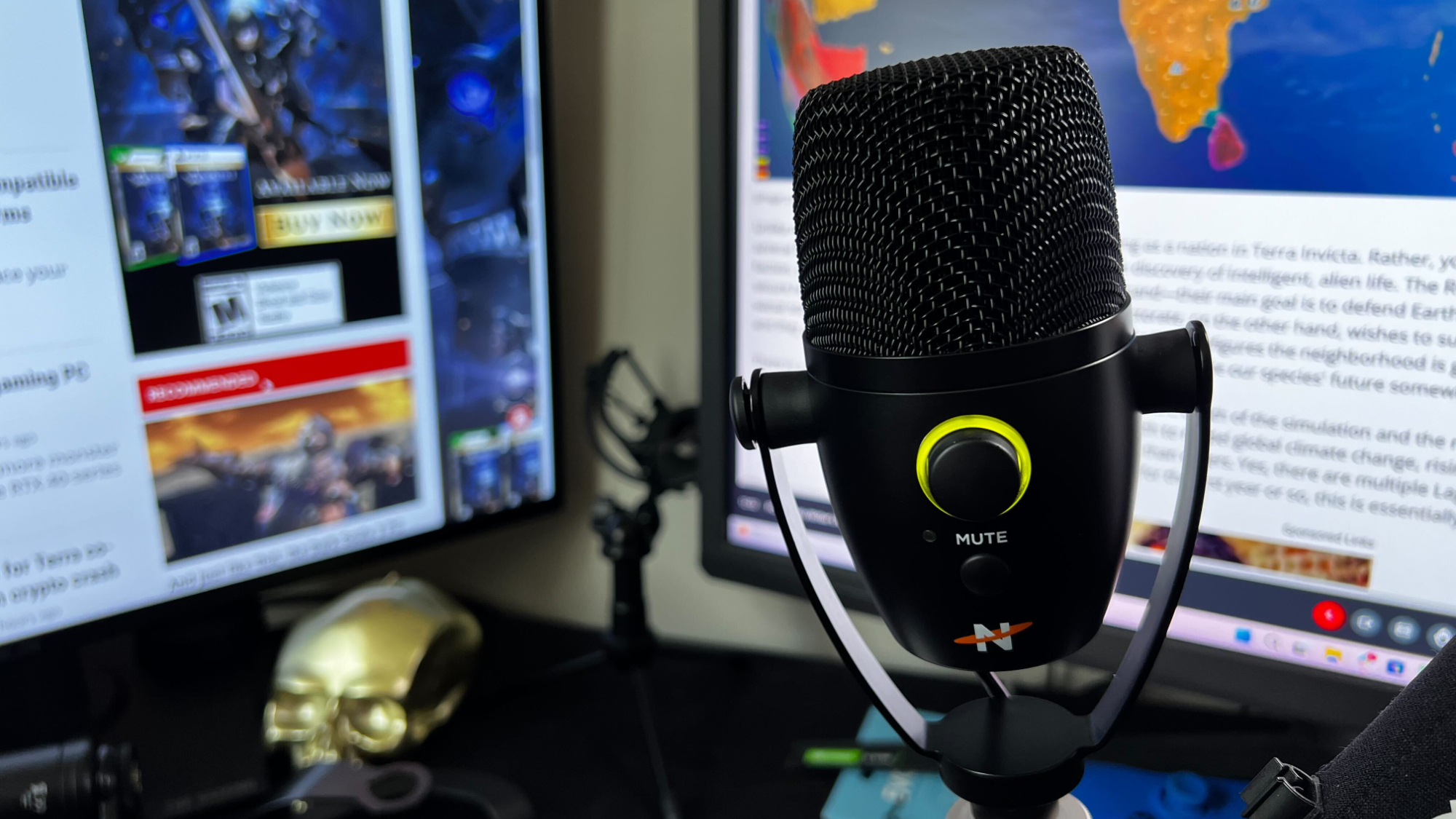 How to clean your mouse pad without destroying it