screenshot leak spoiled the surprise, Electronic Arts has officially unveiled Need for Speed Unbound, a new addition to the long-running racing series coming in December that promises to blend “elements of the freshest street art with the most realistic looking cars in Need for Speed history.”

I was a little iffy on Need for Speed Unbound's look when I first saw the leaked screens, but the trailer has me a lot closer to buying in. Keeping the cars as realistic as possible (at least visually) while surrounding them with highly-stylized characters and decidedly-unrealistic visuals is definitely an interesting approach to the genre: At the very least, it's a distinct break from the all-out hyper-realism that racing sims typically pursue.

The campaign, unfortunately, sounds a little less than innovative: “A robbery at a family auto-shop tears two friends apart and marks the rise from rookie to top racer on a journey to win the ultimate street race and reclaim the priceless car that was stolen.” I mean, that's basically just a plot from one of the early Fast and Furious movies, right?

Multiplayer will also be a big part of Unbound, as players “connect with the online street racing community in underground meetups” and tear-ass through the city of Lakeshore in an online freeroam mode. Naturally, there will be cops.

A$AP Rocky, who will feature prominently in the Need for Speed Unbound soundtrack—that's his new track in the trailer, called Shittin Me—will also be in the game as part of a brand-new event in which you'll have to “prove your skills… in style.” Speaking of which, there will of course be all sorts of customization options up for grabs, for both your car and your driver, although there's no indication of how they'll be earned or what sort of monetization scheme (if any) Unbound will employ.

Need for Speed Unbound is set to launch on December 2 and will be available for PC on Steam, Epic, and Origin. For a closer look at what's in store, including some Lakeshore points of interest and a full list of in-game cars, head over to ea.com. 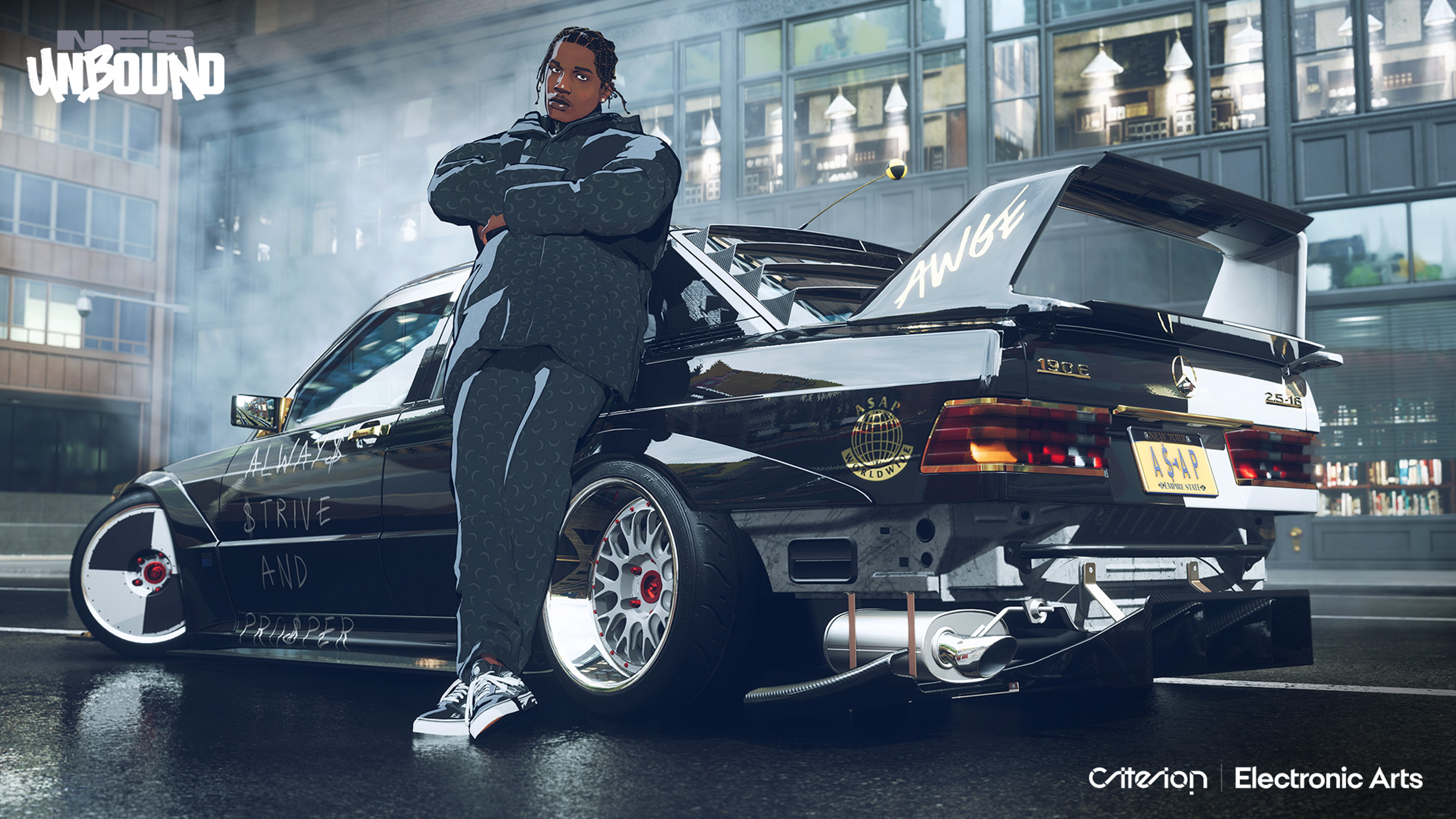 How to get the best Sandevistans in Cyberpunk 2077