FMPONE), animator and G-Man meme generator Corey Laddo, and other volunteer modders, animators, and voice actors. This free new campaign is a DLC-sized action adventure that will last between 4-5 hours. As shown at the PC Gaming Show, here's a seven-minute single-take gameplay trailer that looks just as exciting and polished as the actual game.

As the original teaser trailer for Levitation showed, two members of the human resistance have discovered a bizarre floating apartment building in City 17. The Combine are clearly once again up to no good, and Alyx is on the case, with the action picking up just after the continuity-bending finale of Half-Life: Alyx.

“The basic premise involves Alyx receiving a distress signal from two resistance members Maya and Barry about secret Combine technology buried within a section of the Quarantine Zone known as Sector X,” Corey Laddo told me via email. “With the help of Russell, Alyx dives deep into Combine territory to investigate this threat and search for Maya and Barry. It's a completely separate Half-Life adventure that uses Alyx's ending as a springboard for the narrative.”

The gameplay trailer shows Alyx battling plenty of Combine soldiers and headcrab zombies as she travels deeper into the sector and tries to pin down the source of a massive energy signature. Russell suggests they might actually be closing in on a certain long-lost bespectacled theoretical physicist. Maybe. Perhaps.

“It's probably Gordon Freeman and not anything bad at all,” Russell tells Alyx in the gameplay trailer as she makes her way through the quarantine zone. “Definitely, ah… definitely, probably, Gordon Freeman.” As Alyx takes an elevator down to a shattered construction site in Sector X, she gets a glimpse of two startling sights: a strider guarding the area, and the puppet master of the Half-Life universe, G-Man, watching from a distance.

G-Man is no stranger to Corey Laddo, who has been animating him into bizarre and hilarious memes for years, whether it's making him dance in the Once In A Lifetime music video, having him host a cooking show,  marvelling over High Fidelity 4K bread in the Source 2 engine, or just messing with Freeman. In Levitation, however, while Russell is on-hand for some comic relief, Laddo is sticking with the serious, canon version of G-Man.

“It's definitely a breath of fresh air to animate a character completely as they are rather than for a meme,” says Laddo. “I thought I'd play it straight when animating for the mod.” We won't see G-Man performing any dance routines, in other words. Shame.

As Alyx reaches the construction site she battles more Combine along with manhacks, the flying buzzsaw drones, and without any heavy weaponry on hand she has to use cover to avoid getting pummeled by the strider's cannon. While we don't yet know what the Combine were doing in Sector X, we can see some massive excavation machinery before the end of the gameplay trailer, indicating that in order to ascend to the floating apartment block, Alyx first might need to go deep underground.

Creating the VR mod posed a challenge for the Levitation team, and according to Laddo it was far more complicated than past modding and mapping projects the creators have done before.

“There's not a ton of [documentation] out there for Source 2, unlike Source, so we have been getting some very much appreciated help from talented modders within the Source 2 community in regards to troubleshooting,” says Laddo. “With VR it throws another spanner in the works as levels and animations have to be carefully constructed to make sure the player can't escape or see anything they shouldn't. It's been a very interesting experience as I have never animated for a game project before.”

Levitation features some new characters, like Alyx's fellow resistance members Maya and Barry, but it also has those aforementioned familiar faces. Considering the unlikeliness of recruiting the original voice actors (Russell, for example, is voiced by New Zealand actor Rhys Darby of Flight of the Conchords and Our Flag Means Death) the Levitation team instead looked for replacements.

“For the G-Man we wanted someone who could provide that sinister unnatural tone the character is known for, and so we discovered VoxPlay who really impressed us with his talent,” Laddo says. “It's a slightly different take on the character than we're used to, and the community has been divisive on the voice, but I think we have made the right choice. As for Russell, we found Joey Bracken who does the best impression of Rhys Darby that I think I have ever heard. It's uncanny.”

As for VR itself, Laddo thinks it's still in its infancy but holds plenty of promise for the future. “The hardware is constantly improving year by year, and we've had a lot of quality games so far like Boneworks which have really pushed the envelope for VR game design. I think the PSVR 2 could end up contributing strongly to VR's future if it is a success, and may lead to more stabs at the platform by triple-A developers.”

As for Valve's next move when it comes to Half-Life, Laddo would be happy either way: if it's a VR title, or a desktop game like the previous titles.

“If they can improve on their VR formula I think Half-Life 3 could be unreal, however a classic style Half-Life game would be just as desirable,” says Laddo. “I think we may still see Half-Life 3, but it's going to be a while I reckon.” Until then, at least we'll have Levitation to play while we wait. 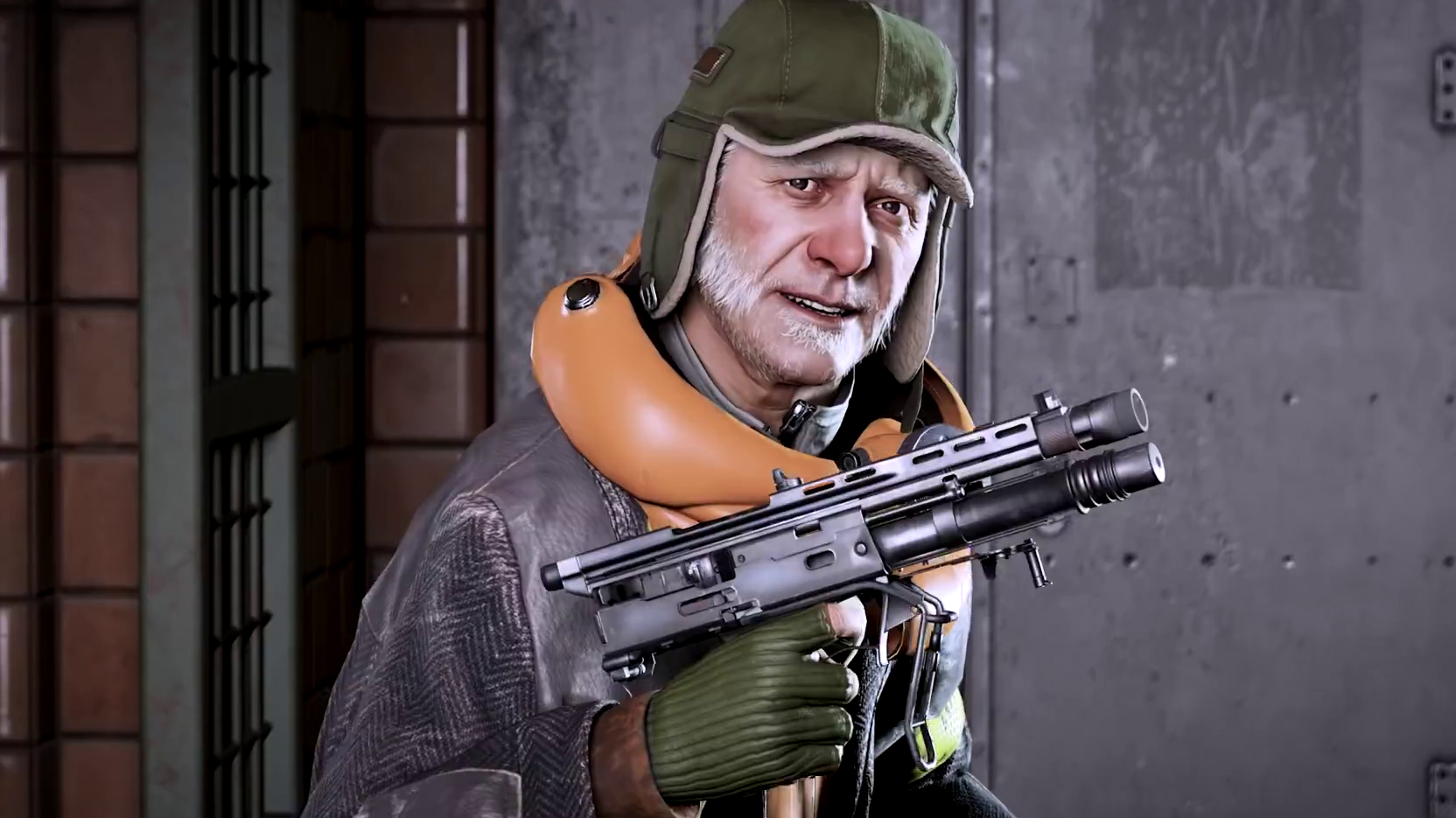