This will help out the RTX 40-series specifically, as these cards can take advantage of a new technology called DLSS Frame Generation to actually create new frames, rather than infer and add information to an already rendered frame.

So we'll have to get these cards in the PC Gamer labs to see what sort of performance they can really muster head-to-head, but we should expect a big leap in rasterised and ray tracing performance—Nvidia has made big improvements to its RT Core with the RTX 40-series and how it schedules work on Ada Lovelace GPUs for optimal performance.

And that's not even the largest GPU that Nvidia can reportedly muster. While nothing announced uses this loadout yet, CEO Huang mentioned over 18,000 CUDA Cores were possible from Ada Lovelace on TSMC's 4N process node. That's one massive GPU, but I wonder if we'll ever see it in the GeForce lineup.

But where does this leave the RTX 4070? Where we'd usually see that tier of card, we're instead seeing two models of RTX 4080 for a higher price than the original RTX 3080. So I do wonder when we'll see a cheaper option for the RTX 40-series, and what shape it'll take when we do. So far Nvidia appears to be keeping the RTX 30-series around to plug that gap. 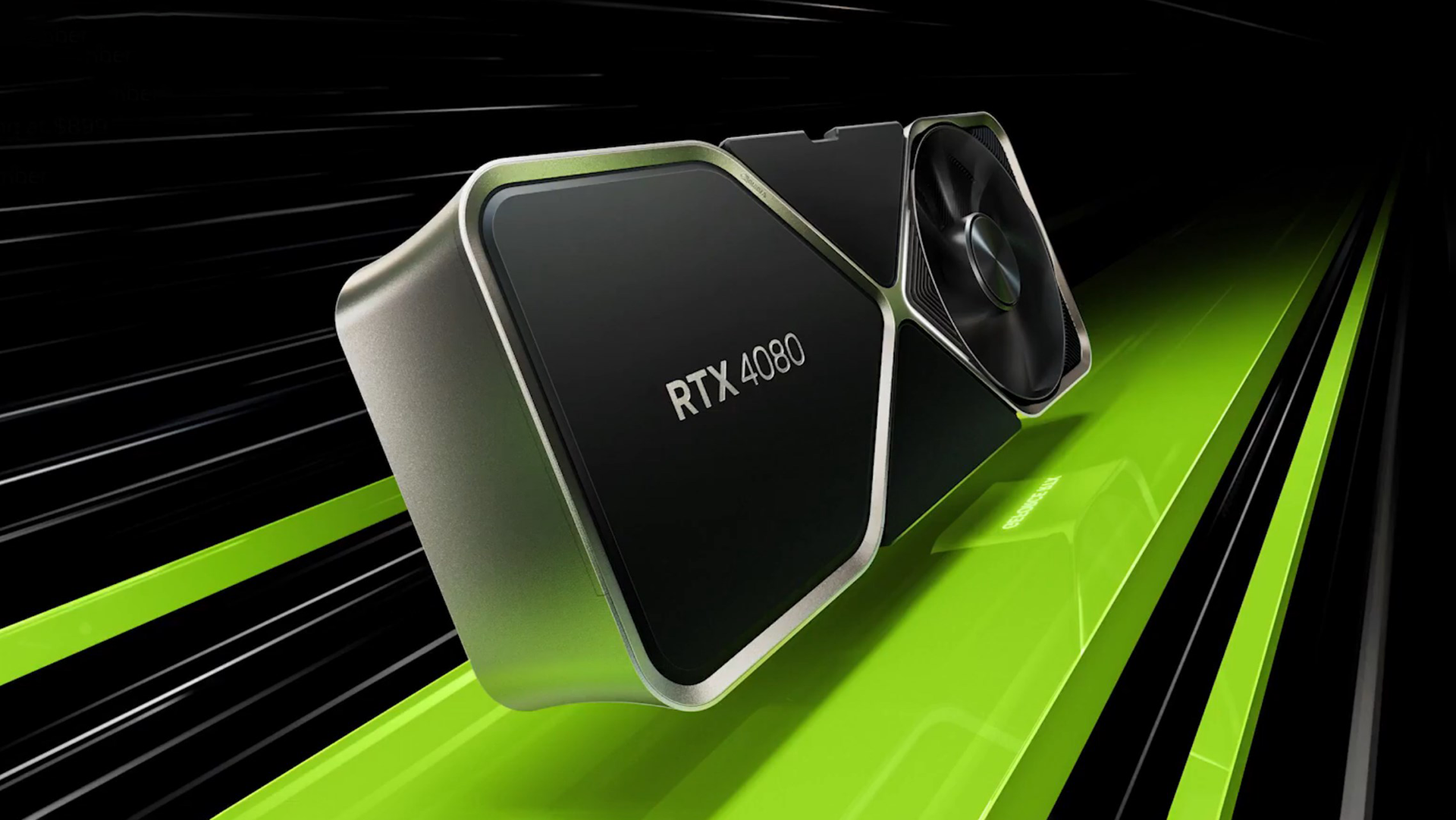 Nvidia's new modding tools will add ray tracing to almost anything, even Morrowind