RTX 4090 cards are launching in October, with two RTX 4080 variants also ready to go in November. These big cards come with some pretty huge promises to match, like massively improved FPS when it comes to competitive shooters.

Of course, given all this news comes from Nvidia itself, it's to be taken with a heavy dose of scepticism. While we're definitely impressed with things like the new modding tools to add ray tracing to basically all games, and excited for those ray tracing processing improvements, it's always good to keep expectations grounded. Especially around marketing speak.

One of the big claims Nvidia has made up for its new line of cards is an up to 4x performance increase thanks mainly to the improvements on Nvidia's Deep Learning Super Sampling, or DLSS technology. The new DLSS 3 is boasting a whopping 4x frame rate increase for the new cards, which sounds like a huge improvement. And to be fair, it may well be, but Nvidia's own graph detailing the performance gains tells a different story.

The up to 4x performance claim at the top of the graph falls away a bit when you look at the games listed. To the left we have the category for today's games and none are getting anywhere near that performance boost. The best of the lot is Warhammer 40,000: Darktide, which is only getting slightly over the 2x relative performance marker with a 4090 card. It could just be about optimisation, but it seems clear you won't be seeing those huge gains on games you already own.

On the right side of the graph you can see some massive spikes for what's listed as next-generation performance. Cyberpunk 2077 with the new ray tracing overdrive is pushing over the 4x mark, as is Nvidia's Racer RTX. Though Portal with RTX is still much lower, barely making the 3x mark even with the RTX 4090 card. Still, it leaves us hopeful that while we won't get the full advantage for older games, the next generation may wind up looking incredible.

Of course, this all remains to be seen and you can bet we'll be testing these cards on all sorts of games to see how they truly perform as soon as they're in our hot little hands. It'll be interesting to see how games of different generations play with the new tech, and whether or not these gains are noticeable to begin with.

But it looks fair to say those who aren't jumping out of their skin for new games shouldn't be in any rush to upgrade. Most people could easily get by with an older and much cheaper card. If your machine is doing a perfectly capable job then it's not going to be worth dropping over a thousand dollars for these improvements. Given Nvidia is keeping the RTX 30 series around to sell alongside these cards, it seems the green team knows it as well. 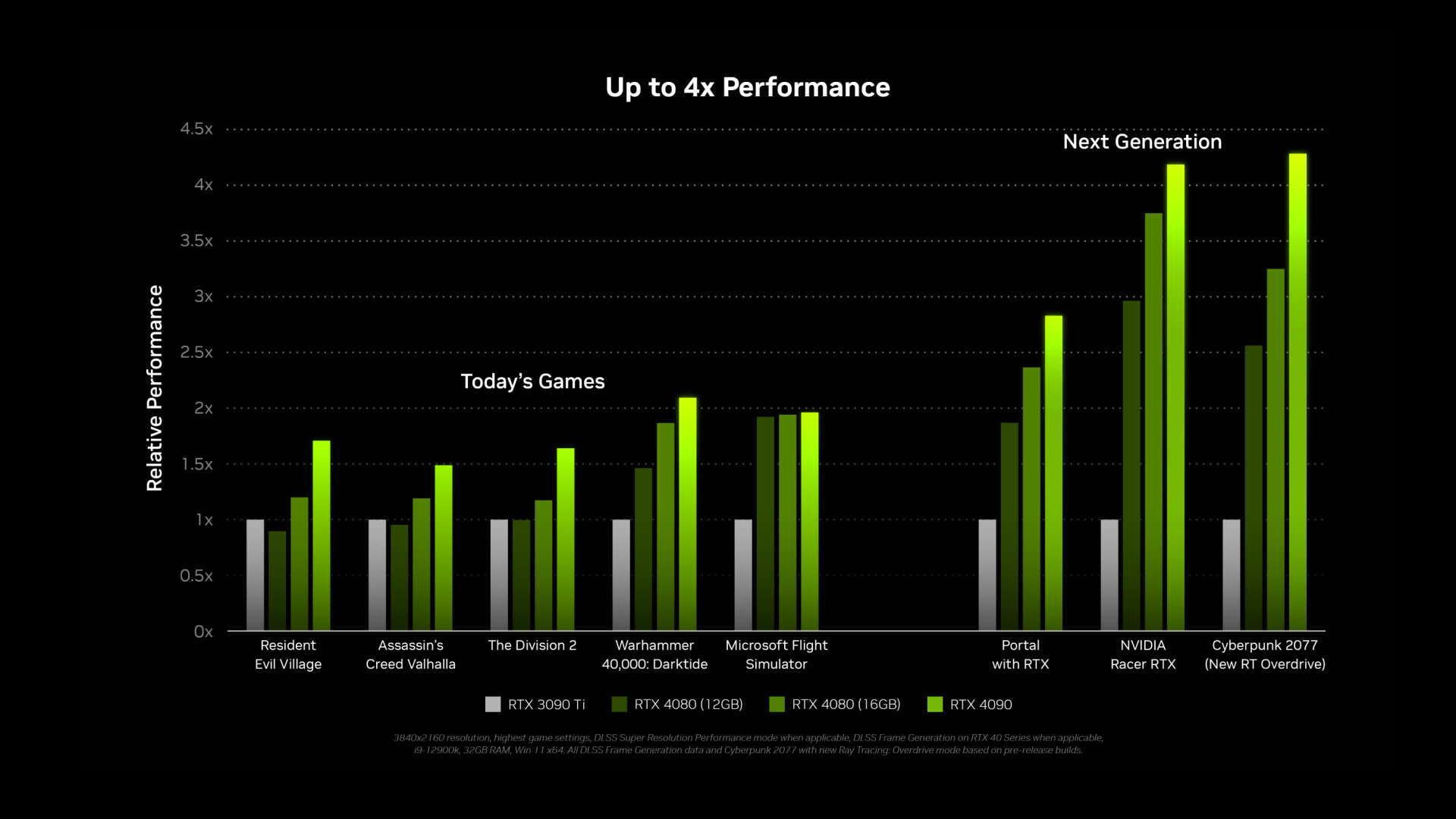