While we had some misgivings about Ion Fury, we ultimately enjoyed and highly recommend the game. PC Gamer Editor-in-Chief Evan Lahti wrote in his review that “The whole world feels like it's been marinating in its own juices since 1996, and almost every corner feels hand-crafted.”

Ion Fury and its upcoming DLC, Aftershock, were both developed by Voidpoint LLC on a modified version of the classic Build engine used in games like Duke Nukem 3D, Blood, and Shadow Warrior. Slipgate Ironworks is going in a completely different direction aesthetically creating something that almost looks “PS2+” in its technology level, anachronistically mixing and matching graphical features. The chunkier models and dithered textures scream 2002, but the lighting is 100% 2022.

The throwback FPS combat certainly looks intact, and the trailer also showed off set pieces where you pilot a submarine and a fighter jet. The whole thing kinda smacks of being Ion Fury's own take on Duke Nukem Forever (2001), with the city and canyon environments, as well as the character art all reminding me of that lost game (which is currently being rebuilt by a group of modders.)

Also, I gotta say, as a Chicago boy, I love the inclusion of our iconic Marina City towers in the trailer. The Chicago PD cars visible at the end also prove this isn't a “The Dark Knight” situation with the city's locales just standing in for someplace fictional. Looking forward to seeing a dithered, low-poly Italian Beef wet with extra sweet peppers.

This is also something of a homecoming for Slipgate. Under its original name “Interceptor Entertainment,” the developer released the top down, Unreal Engine 3 isometric shooter Bombshell in 2016. This was apparently originally supposed to be a Duke Nukem spinoff, one that the license holder Gearbox nipped in the bud. Interceptor instead introduced new protagonist Shelly “Bombshell” Harrison, who then went on to star in Ion Fury and now Phantom Fury.

The developer certainly seems to have come a long way since that unfortunate shooter, which we rated a 30% in our review all those years ago. Phantom Fury is currently set to release sometime in 2023, and you can wishlist it on Steam. 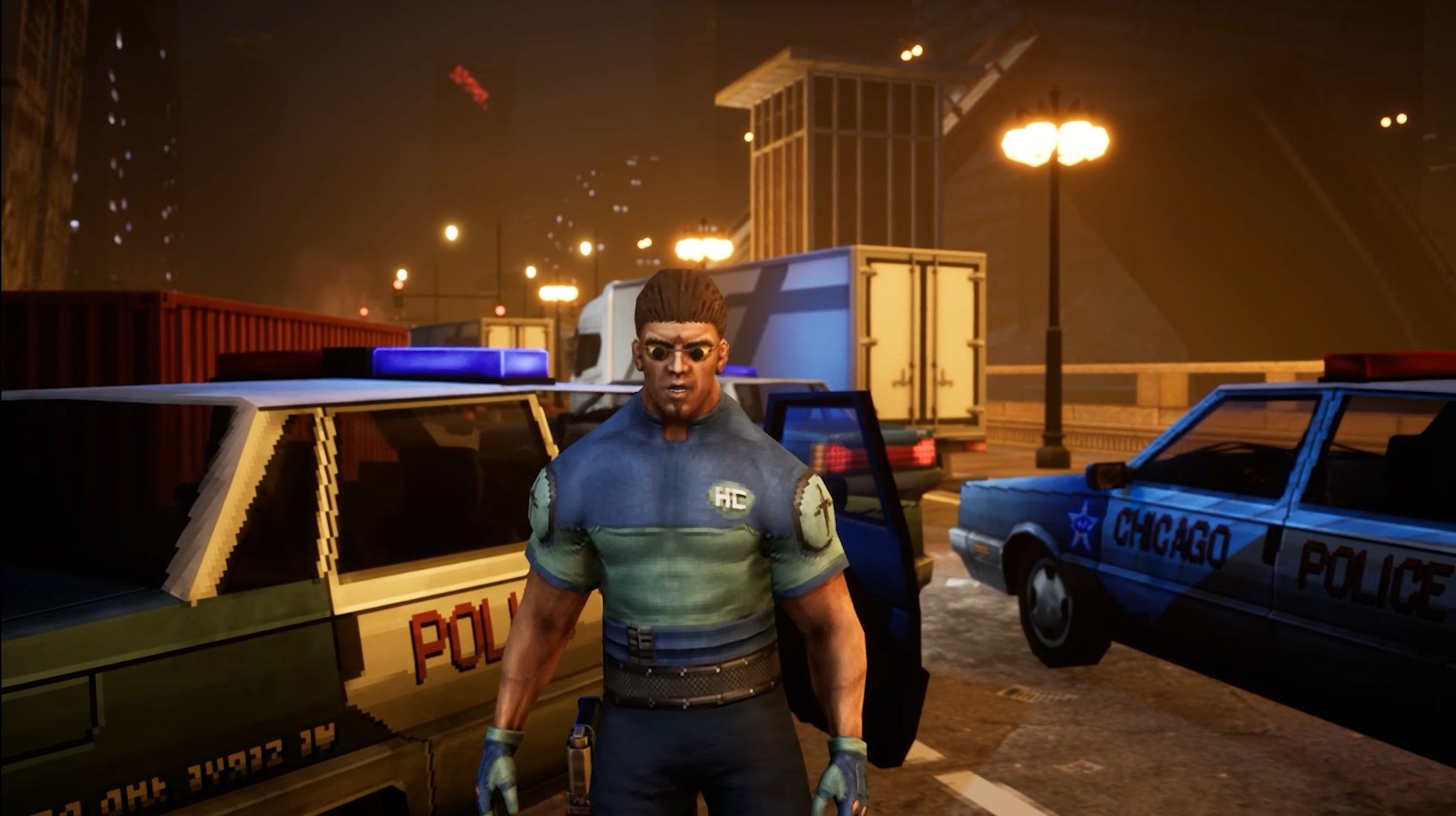