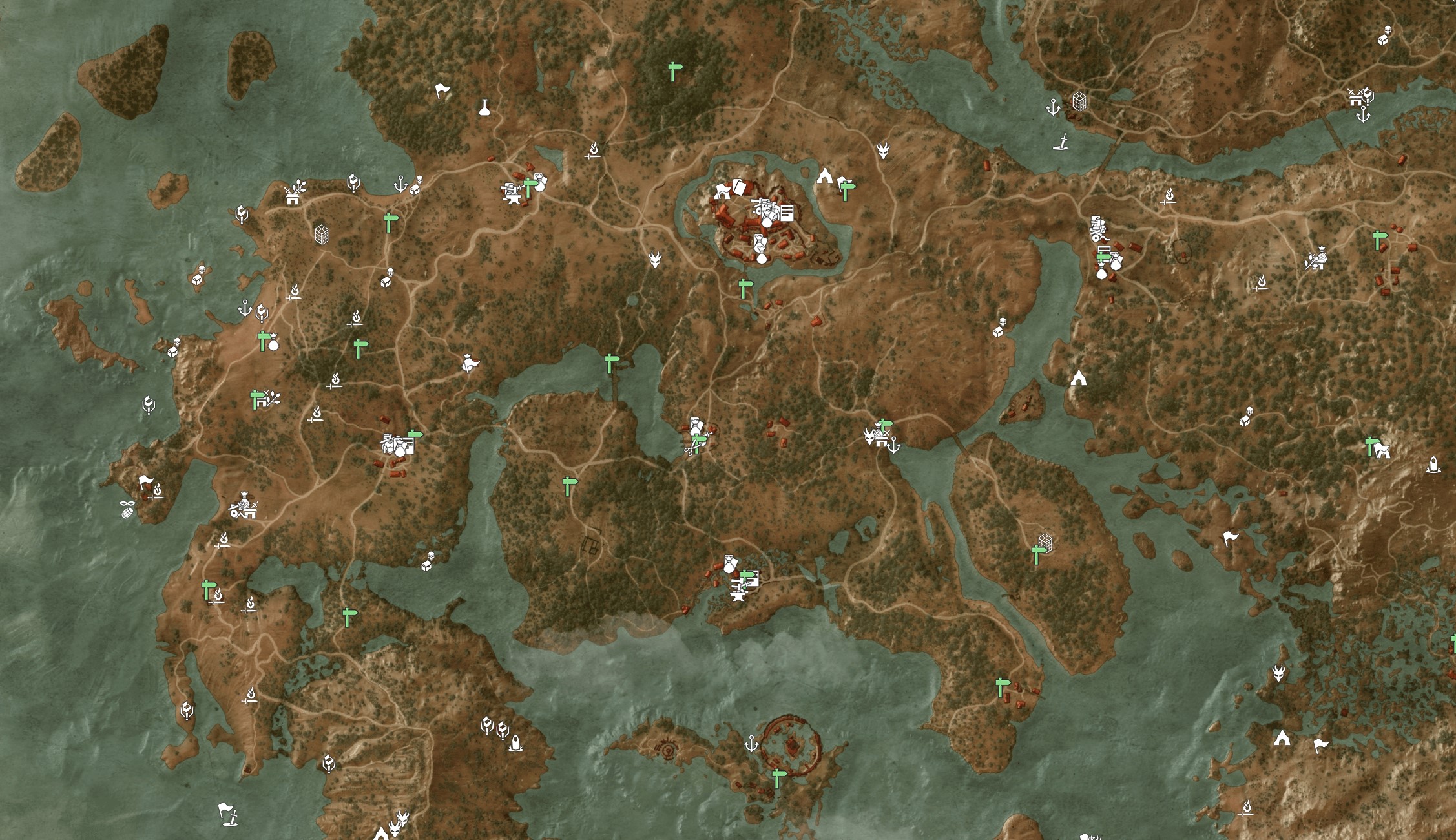 perfectly described a few years ago, games where you're “going around an open world and doing various menial tasks that resemble ticking things off a checklist,” ideal for playing while also watching “low effort” TV shows or listening to podcasts. Ubisoft has famously made dozens of games in the checklist mold, piling side activities atop side activities to give you hundreds of hours of stuff to do in each giant open world.

I'm not here to say games shouldn't be full of stuff—but I do think open world design has become so obsessed with pointing you towards that stuff so you can make constant, incremental progress, that as players we now have to be more deliberate about how we spend our time to avoid burning out.

Playing an open world game in 2022 is like visiting a lavish Vegas buffet and losing control in the face of the limitless food at your fingertips. Theoretically you could compose a carefully considered and balanced meal out of the many choices before you and leave comfortably sated. More likely you pile meat and seafood and carbs and desserts onto plate after plate and eat until it hurts, because it's there and by god you're going to get your money's worth.

I largely avoid open world games now not because I dislike them, but because I have the same self control issues that I have at a buffet or with an open box of Oreos on the counter. I know I'll enjoy them more if I don't overindulge, but years of playing games has shaped my mind in a certain way. Every minor accomplishment is a little blip of dopamine. Collecting things makes me feel like I'm working towards something worthwhile, even if the actual act of collecting quickly becomes rote. It's a realization I first had to grapple with when I played The Witcher 3.

during the last few months of The Witcher 3's development, because without them CD Projekt Red thought the open world felt “empty.” They certainly gave players far more to do, but the quality of The Witcher 3's narrative quests ended up highlighting just how much less interesting those “points of interest” were by comparison.

This style of design has only become more popular since 2015. A decade ago publishers were shoehorning multiplayer modes into singleplayer games because they were worried players wouldn't buy them otherwise. Now they're cramming singleplayer games with so much to do, and so much extra post-release content, spending $60 is a year's investment rather than a week's. Checklists are the obvious way to organize all the stuff open world games have in them now. They also weaponize Gamer Brain against us.

Gamer Brain is that compulsion to clear all those icons off the map in The Witcher 3 regardless of how much fun you're really having. Gamer Brain is your synapses electrifying when you hear the level up guitar riff in Call of Duty and unlock another red dot sight. Gamer Brain is the reason HowLongToBeat has detailed breakdowns like this: “If you're a gamer that strives to see all aspects of Elden Ring, you are likely to spend around 123 Hours to obtain 100% completion.”

When you play an open world game with Gamer Brain you're probably not scrutinizing the buffet for the choicest cuts of short rib or the single miniature fruit tart that could balance out a post-meal cappuccino. You're binging, because that's what the game is encouraging you to do.

In a game like Assassin's Creed Valhalla, every icon on the map pointing you to a Roman artifact or a Flyting rap battle is like a bowl of mac & cheese at a buffet: delicious in moderation, but cheap and easy to make, and strategically highlighted to ensure you leave absolutely stuffed.

Most of today's open world games aren't just enormous because they're trying to appeal to everyone: the longer they keep you playing, the more likely you'll buy DLC or virtual currency to spend on level boosts. The downside of a buffet's breadth is that it's rare to find something truly special: even if it's in there somewhere, you may well be sick of eating by the time you get to it.

Crackdown's ridiculous 500 agility orbs seem like a blatant checklist design offense, but I think they got right what a lot of modern open world games get wrong. They weren't marked on a map, for one thing—spying one from a rooftop was the spark that sent me rocketing across the city. The orbs were brilliantly simple collectibles because hunting them was an expression of Crackdown's core joy: moving around the open world like a supersoldier. They were a side activity that managed to feel meaningful to your progression, and snagging them was inherently satisfying even when I put on a George Carlin album and only half paid attention. The developers also wisely chose to let you reach max agility long before collecting all 500 orbs (though of course there was an achievement for completionists; HowLongToBeat suggests that'll take 45 hours).

Grabbing those orbs may have been a repetitive exercise, but the act didn't feel extraneous like so many other bits of open world filler do. Nothing highlights the cookie cutter nature of checklist design like a map filled with dozens of the same icons. I'm hopeful that the enormous success of Elden Ring will give more developers the courage to refocus on the sense of discovery in their open worlds and trust that players won't get bored without a bulleted list of activities.

Open world games don't all need to be as opaque with their quests as Elden Ring, of course. Back in 2015 I wanted to find all of the question marks hiding The Witcher 3's Places of Power to level up Geralt's skills, but ultimately I found Velen and Skellige far more satisfying to explore when I turned off the map icons and just wandered. Without question marks priming me for every discovery I was able to rein in my Gamer Brain. I stumbled over monster nests in the woods in a way that felt natural, and the occasional treasure hunt in a quiet village was a nice little puzzle to solve with my Witcher senses.

Triple-A games aren't going to stop overstuffing space with side activities anytime soon—the buffet approach still sells far too well—but they're a whole lot more fun, and a whole lot less repetitive, if you resist the instinct to check off every single icon. If they won't serve us a prix fixe meal, we'll just have to build our own menus. 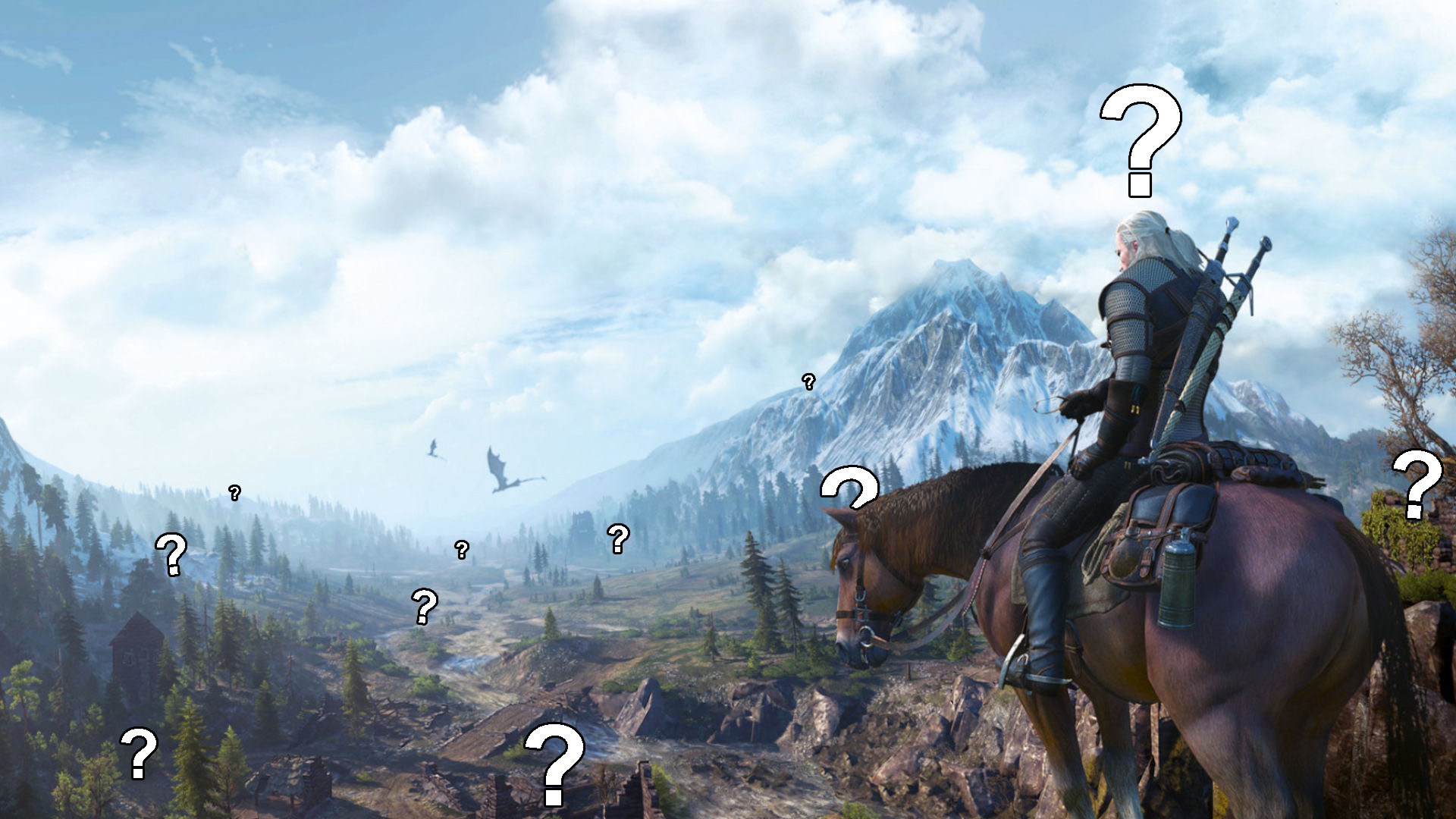