Our favorite weapons for each class in Darktide 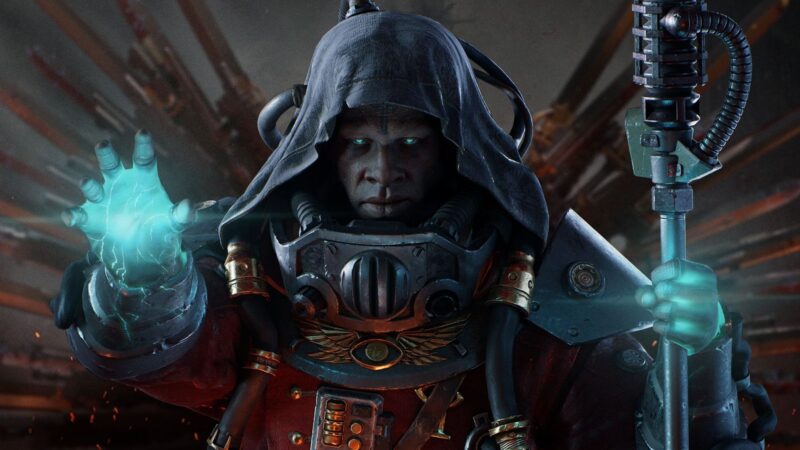 An ode to the shotgun, so I guess I was primed to love this oversized cannon of a gun for the lumbering Ogryn. It has the potential to enter “best shotgun ever” contention for me, after using it just a few times in Darktide so far. It's not the weapon the Ogryn starts with, but it's likely to be the first one you buy. That does not diminish its appeal. You get a shotgun in Doom in the first 10 seconds, and it still kicks ass at the end of the game.

Where Doom's shotgun is perfectly minimalist—fire, pump, repeat—the Foe-Rend Ripper Gun is a maximalist shotgun. You know that scene in action movies where the sadistic interrogator unrolls the kit of knives and saws and scalpels they just love doing torture with? The ripper gun is like that, but it's every murderous instrument rolled into one. First there's the burst fire, a blink-and-you'll-miss-it three shell cacophony that shreds whatever's directly in front of you. Hold down right-click and you'll fold out a steadying handle to rhythmically pump out the ripper gun's entire capacity, semi-auto style.

It's even built for shanking, with a bayonet on the front that delivers a fast jab straight ahead as the shotgun's special attack. The Ogryn's towering height conveniently puts his gun right about head level, too, which makes for easy one hit kills without even firing a shot. There are drawbacks to the ripper gun: it chews through ammo like a hungry swarm of tyranids, and entering semi-auto mode and reloading are both slow. But those just add to its texture; I'm fine with a slow reload when I get to watch my Ogryn smash the magazine off with a meaty fist every time I come up empty. I can almost feel how heavy the ripper gun is through my screen.

Jody Macgregor, Weekend/AU Editor: Darktide's bolters are great, maybe the best bolters in any 40K game. They sure do have a lot of recoil though, which is only fair given what they do, and I prefer something more accurate for someone with the word “Sharpshooter” in their name. (When I swap over to the Zealot with a Scottish accent it's bolter all the way.) Darktide's power sword is excellent too, definitely the Veteran's preferred melee weapon. But when I'm playing an ex-Imperial Guard soldier I want the iconic Imperial Guard weapon, and that's a scuffed-up lasrifle that has recoil for some reason. I assume the Adeptus Mechanicus engineer it into them so the infantry don't have to spend time adjusting when they switch from recoil-heavy autoguns. Yeah, that makes sense.

The Kantrael MGXII Infantry Lasgun is Darktide's best long-range lasrifle. Based on the Kantrael pattern weapons preferred by Cadian shock troopers, it's got a slow rate of fire and the hip-fire is garbage, but you want to be taking your time lining up shots anyway and if you're not at long range looking down your scope? That's what the power sword is for. Get yourself a Kantrael MGXII Infantry Lasgun and you'll be turning brains into milkshake in no time.

Sean Martin, Guides Writer: I could play Darktide for a thousand hours and I still wouldn't get tired of bisecting heretics with my heavy chainsword. Who needs a thunder hammer when you have a weapon that can chop an Ogryn in two?

It's the perfect fit for the Preacher class as well. You can slash away at smaller hordes, and then rev it up with the special move when you're dealing with a single tough opponent. The way it feels when it bites home and staggers them is amazing, especially if you use the Chastise the Wicked ability beforehand: the crit pops midway through the revving slash, and suddenly you're looking at two halves of whatever special enemy you were attacking.

The Preacher isn't just an infantry-blending class, but also a duelist in the same way the Slayer was in Vermintide 2: facing down individual powerful melee opponents other classes struggle to deal with up close. The thunder hammer has its charged single-target strike for that purpose, but for my money, a revved-up chainsword feels the best. It's such an iconic 40K weapon, and I'm so glad that Fatshark did it justice.

Sean: Speaking of other iconic 40K weapons, the flamer is *chef kiss*. I've seen lots of people disparaging it and claiming it's underpowered, but it's far stronger than Bardin's drakegun from Vermintide 2 ever was. Beside the fact that it can delete hordes of Poxwalkers, the way that Darktide's suppression system works means the flamer is one of the best weapons for dealing with a lot of ranged units at once, provided they aren't super far away.

The flamer also seems to stun most special enemies, letting you hold them in place while a teammate moves in for the melee kill, or just keep flaming away until they die. It doesn't have a cooldown, meaning you can keep going as long as there's ammo, and friendly fire is basically non-existent in Darktide, which solves one of the main drawbacks that drakegun had. Most important of all, it feels very fun to fire a gout of flame and watch as a horde just disappears. 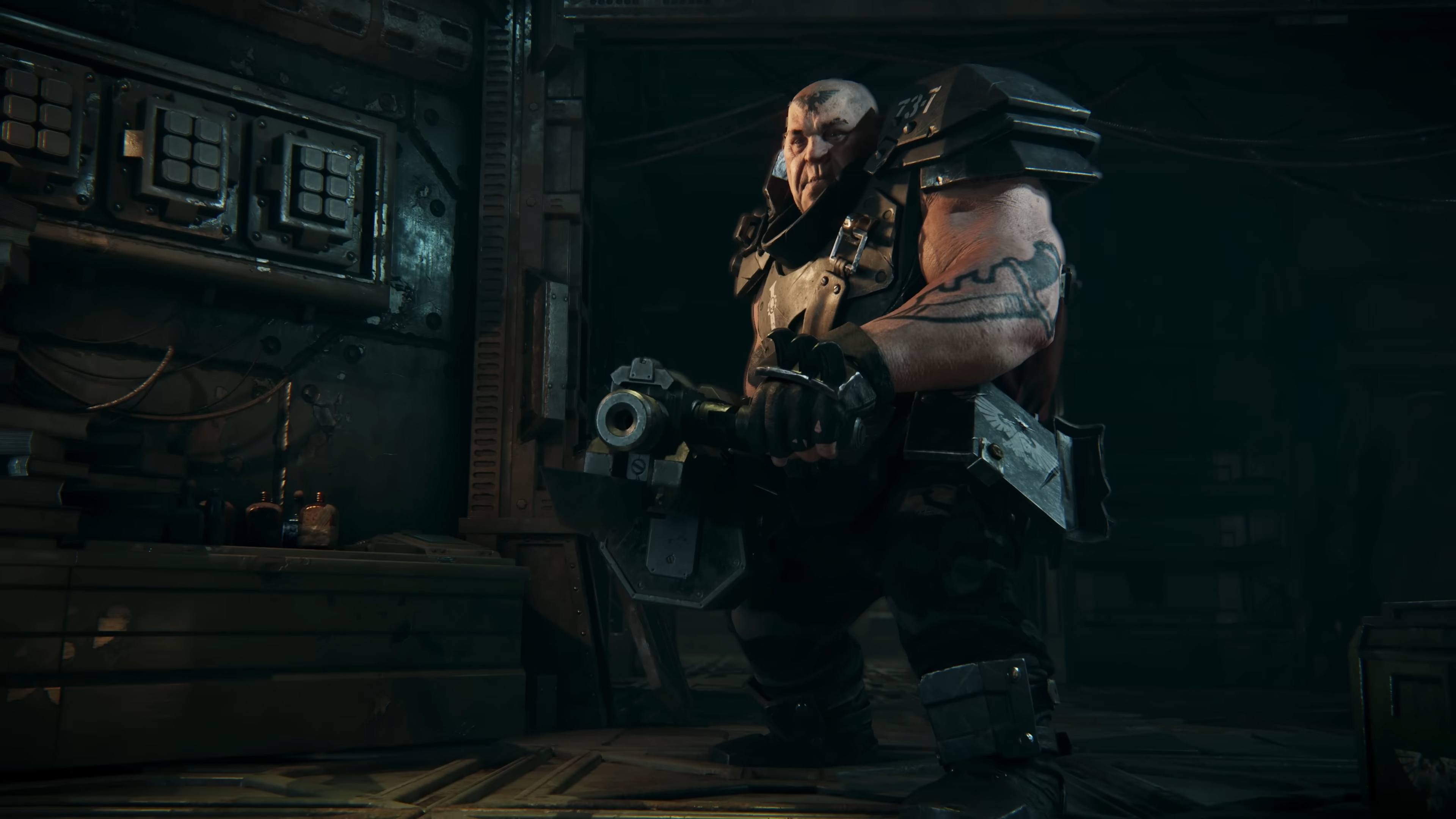