Path of Exile is its enormous, incredibly customizable endgame, the Atlas of Worlds. Taking every piece of the main game, past seasonal expansions, and more, throwing them into a blender and serving it up like some kind of never-ending Content Smoothie. The only problem is you've got to complete PoE's surprisingly extensive story campaign first, a feat many players still haven't achieved. The upcoming Lake of Kalandra expansion looks to give players an early peek at endgame action from the start.

Launching on August 19 and available for the next three months after that (give or take), the Lake of Kalandra league update adds a new mode running in parallel with the main story. Expanding on the story of Kalandra, a previously background character with mirror-based magical powers, you'll be piecing together Mirrored Tablets as you explore, creating customized side dungeons that reflect bits of the main quests, plus some previously endgame-only modifiers from earlier time-limited expansions.

At regular points through the story, you'll be able to access the Mirrored Tablet, a grid of water and land tiles representing the dungeon map to be generated. Each time you access it, you can place several tile modifiers from a random pool. The difficulty of areas is dependent on how many tiles they are away from the entrance point, with appropriately scaling rewards. If you want the biggest fights and best loot, you'll want to create a long, winding path from one corner of the grid to the other. Once the tablet is all filled out, you can open a portal to the lake and fight your way through your custom dungeon and come home with a bunch of rewards and XP.

The side dungeons look like a visually striking mass of hexagonal basalt pillars rising out of a mirror-like mystical lake. It's a bit more abstract than the rest of Path of Exile—a fresh new aesthetic, refreshingly distinct from the main adventure and the later Atlas content. Lake of Kandara will also feature a plot arc of its own, and plenty of opportunities to bring home sacks of loot to make your progress through the rest of Path of Exile even easier. While it isn't the first league to introduce a 'build your own dungeon' system, this seems to be the most straightforward one.

Each trip to the Lake will be more deadly than the last, offering a larger tablet to fill out, a tougher set of encounters, and furthering the Lake's own little story arc. You'll also unlock perks that let you further manipulate the tablet, re-roll choices or even completely remove disliked options from the pool of choices. There's some fun mirror-themed twists to the high-level rewards on the Lake as well. Players will often be presented with enchanted jewelry with both strong perks and curses, as well as a mirrored version with the positives and negatives reversed. There's also opportunities to similarly mirror, warp, and min-max your existing rings and amulets—at the risk of ruining their stats.

Thanks for the memories

Lake content will be available to play all the way into the endgame (and of course provides a fresh set of powerful late-game loot), but for fans of the Atlas of Worlds, the big appeal is the new Atlas Memories system. These 20 (for now) story-driven sidequests drop as rare items in the Atlas and can be traded or activated for yourself. Each memory takes you on a tour through the recollections of a side character, across five or so partially randomized encounters with big payouts. It sounds like this'll be good for lore-hounds, and for players who want slightly more structured Atlas crawling.

Another interesting part of the Lake of Kalandra update is that there's no old content being retired, although the previous league, Sentinel, is going into the pile of stuff waiting to be processed for later use.

For the past few expansions, Grinding Gear has axed some of the oldest and wonkiest league content from the Atlas. This time, three leagues that were looking a bit old and rickety have been heavily renovated instead. The Beyond, Harvest, and Archnemesis leagues look sharper than ever, with their screws tightened up and a lick of fresh paint, plus a new encounter against the Ultimatum league's final boss, the Trialmaster.

The most immediate of the league changes is the Archnemesis overhaul. A recent league that let players create custom mini-boss fights using an assortment of new perks and powers in exchange for greater rewards. Those modifiers were then brought over to the main game. Grinding Gear is extending this further, and changing how rare, powerful monsters function overall. Encounters with these powerful, procedurally generated critters will be less common starting with this league, but the fights should be longer, tougher, and more rewarding.

The Archnemesis changes will apply right from the beginning of the game, but will also rein in some of the chaos of the endgame—no longer spawning huge packs of mini-bosses each with a confusing assortment of stat modifiers. Fights should be a bit smaller and easier to parse without being significantly easier. A bunch of new high-level modifiers introduced in this update can result in some truly preposterous loot drops too. During the announcement stream, Grinding Gear showed off some monsters that exploded into whole stacks of Unique items—the rarest tier of gear.

Other than Archnemesis changes, the Beyond league content is getting a major makeover. The enemies in these encounters (mostly seen during the endgame) are swapping out their generic bandit enemies for the full set of skeletal monsters and bosses seen in the Scourge league, making for more varied fights. The Harvest league is also getting further streamlined, launching players faster into combat and letting players pool the reward currency that high-intensity gardening provides. Now you don't have to waste anything until you've got an item you really want to try upgrading.

The Lake update adds four new skill gems to the loot pools, three of them electricity-themed and designed to work in synergy with each other. The odd one out is Alchemist's Mark, which doesn't cause direct damage, but targeted enemies that are poisoned or burning melt into puddles of toxic goo or napalm, causing damage over time to more targets.

On the electrical side Galvanic Field causes enemies afflicted by the Shocked status ailment to explode into electrical damage-over-time fields. Lighting Conduit makes lightning bounce between Shocked targets for extra damage. Lastly, Overcharge Support is a support gem that makes skills deal less initial damage, but boosts the intensity and likelihood of Shock sticking to enemies. It sounds like a fun combo that will make your thunderbolts and lightning very very frightening.

This being a Path of Exile update, there's a raft of smaller changes and additions far too long to cover in detail here. Probably the biggest thing worth mentioning is that Unique items will be dropping less often, but Grinding Gear has gone over the loot pools and buffed a large number of them, theoretically increasing the chance that when a Unique does drop, you'll want to use it sooner rather than later.

Minion-summoning characters have also been rebalanced. Minions are now a little less inherently powerful, but a few new item types have minion-boosting perks. Necromancers will have to dress for success, but they'll at least look fittingly goth doing it. Also rebalanced is the Trickster Ascendancy class, which is becoming a highly agile-but-fragile jack-of-all-trades, completely immune to slowing or freezing effects and able to recharge and replenish their Energy Shield faster through dealing and taking damage.

Lastly, and less directly linked to this expansion, Grinding Gear has announced a second Path of Exile fan convention next year, where the beta launch date for the much-delayed Path of Exile 2 will be revealed, and we'll find out some more details about the largely forgotten Path of Exile Mobile. Exilecon 2023 will take place on July 29-30 next year in Auckland, New Zealand. Tickets for the event go on sale August 25, and will be available here. 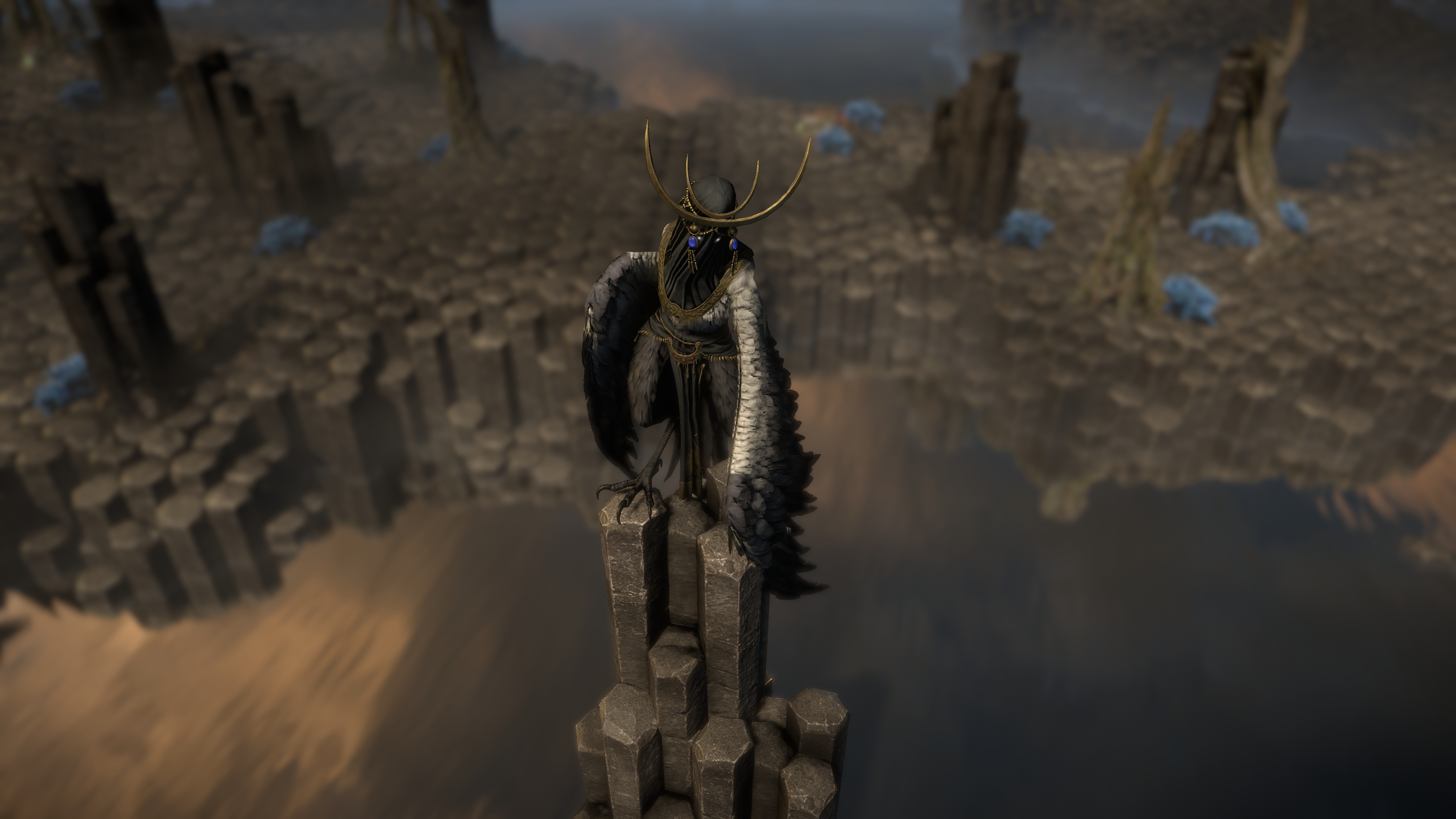 Meta chatbot claims Mark Zuckerberg is 'cooler than Dragon Age,' but can we trust it?