Home › PC › Pioner looks like a different twist on STALKER, and I’m here for it comrade Upcoming sci-fi MMOG Pioner.

today's PC Gaming Show, and spoke to us about the game's development, features, and inspirations.

The game was announced a couple of years ago, but "16 months ago, we gathered the current roster of developers and started everything from scratch," says Aleksandr Nikitin from GFA Games. "The main motivation is to create an adventure that is interesting in terms of emotions and unite a wide variety of players into one single community: Pioner is conceived as a unique game containing a singleplayer campaign, an emotional cooperative game and a survival in the struggle between players against each other and the spawn of the island."

This is not an unheard-of structure but pretty ambitious stuff for a new studio, though GFA has been formed by a select group of veterans: three ways to play a game like this is either inspired, or insane. If nothing else it will be fascinating to see how the three mix.

Pioner's island setting is a no-go zone, populated both by other players and by anomalies, and it's a contiguous experience. "In the world of Pioner you have to navigate the map, not the 'Lobby' like in TESO or STALKER. There are goals in the world that you can achieve alone: but I don't think that an ordinary person can fight back the most dangerous bosses in solo."

This world's design feeds into Pioner's mix of singleplayer campaign alongside more MMO-like elements in the open world: encounters are scripted for the former, whereas Pioner's various dynamic systems create the latter's challenge. "In the story campaign and in quests, of course, most of the encounters will be hard-scripted. But this does not apply to the open world—it lives by its own rules and individual monsters and people will react to changes in the weather and time of day and multiplayer elements."

This video showcases the game's combat in a little more detail:

GFA's blurb for the game mentions raids, allies, monsters, a home base that has to be protected from marauders, and the ability to change and adapt your character's equipment. I asked about the key ideas behind how the latter works.

"We have several types of armor and equipment, depending on which you are better suited to fight different enemies—people, anomalies or monsters," says Nikitin. "The weight of the set of armor affects the movement speed. In addition, there are various devices that you can attach on your wrist—watches, several different PDAs, dosimeters. Different devices have their own set of functions and capabilities."

And the melee combat, is that as large an element as the guns? "Let's just say… it's easier to deal with individual enemies in melee combat. But yes, this aspect is still in development."

The second half of Pioner's announcement trailer was where the most interesting stuff lay for me: more of a glimpse at this odd, slightly alien landscape, and the more science-fiction elements of the world. The lovingly-crafted retro Soviet aesthetic is also something special.

"Imagine that technical progress stopped at the stage of the late USSR and developed autonomously," says Nikitin. "For now, you can only use what is left and what you can craft yourself."

Everything about Pioner shows some aspect of that Russian approach to science fiction, and the most obvious inspiration here, as with the STALKER games, seems to be Arkady and Boris Strugatsky's Roadside Picnic, a defining and unforgettable work of science fiction. I asked Nikitin about that book's influence on the game.

"The work of the Strugatsky brothers is undoubtedly a masterpiece of literature! In the CIS, this setting is very close and familiar, [but] we will try to develop it while maintaining authenticity. For example, we moved away from basic anomalies and types of monsters to give players a new experience."

Pioner will be having a beta test before its full release, at which point we'll report back from the zone ourselves, comrades. 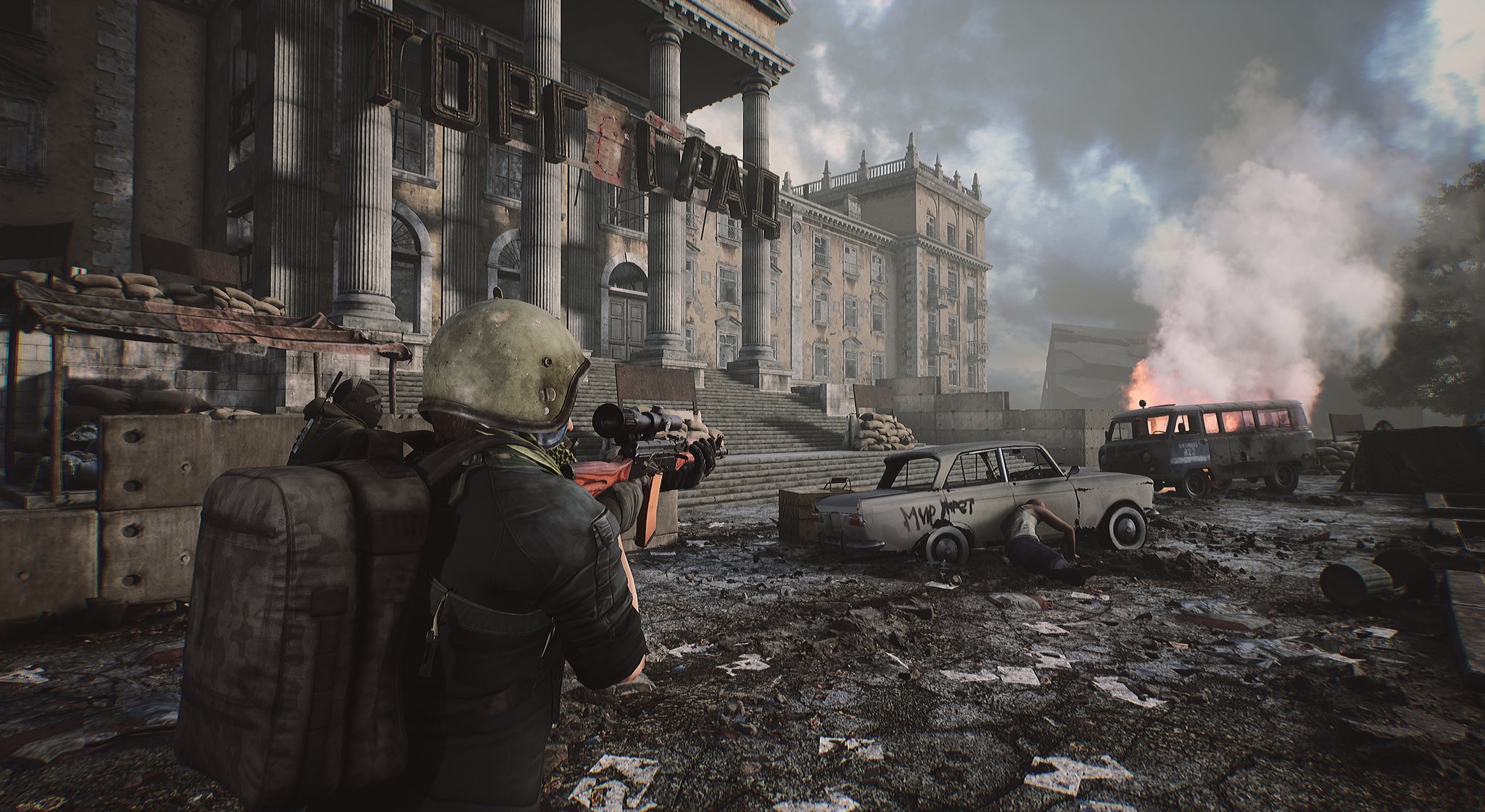