Bloomberg reported that the project was put on ice due to a contract dispute between Amazon and Tencent, which is hard to even conceptualize. There was so much money to be made, couldn't these two gilded behemoths figure it out?

So now we have The Rings of Power, which practically serves as an advertisement for whatever grand plans Amazon had for a megaton gaming venture. You can easily visualize the hypothetical game's bustling capital cities, gloomy raid dungeons, and soaring flight paths as you watch. Elrond descends into a lively Khazad-dum—bright, vibrant, full of ball-busting dwarves who are certainly pathing between the Auction House and the Reagent Vendor for eternity. We see the island kingdom of Númenor—with its Balearic, white-stone architecture—making so many World of Warcraft veterans desperate to grind rep for our dashing nautical princes and princesses. A gigantic Elfin spire towers over the rugged Southlands, which stretches out into an endless horizon. It looks like the perfect 20-30 zone. I'd love nothing more than to right-click on a wanted poster in one of those little farming hamlets that gives me instructions to kill an elite Orc.

It's an ache I will carry with me throughout the rest of The Rings of Power's first season; if only my journey and Galadriel's journey could be joined in concert. After all, a lot of people have complained that the show is a bit too narcissistic with its endless establishing shots over ethereal, CGI vistas. You know what would make The Second Age a lot more immersive? If you could ding 60 in it.

To be clear, there is already a pretty good Lord of the Rings MMO available right now. Lord of the Rings Online is still trucking along, 15 years after its 2007 release, with a trickle of new expansions to sate its tiny, but dedicated community. Back in the white-hot zenith of the MMO boom, LOTRO was routinely recommended as the hipster's alternative to Guild Wars or World of Warcraft—it was a little more slow-paced, a little more focused on the storytelling, and equipped with a dogmatic dedication to the fiction. (When the game rolled out a PvP mode, it did so by allowing players to transform into monsters—hobbit on hobbit violence was strictly forbidden.)

You can make the case that publishers should tread carefully when they swoop into an established work of fiction with the promise that they will execute on the immersion better than the developers of yore. (I mean, remember what happened with the interminably hyped, and ultimately bland Old Republic? Star Wars Galaxies veterans are still peeved about that desecration.) But you have to think that a Lord of the Rings renaissance should, at the very least, give us something new to play. The recent catalog has been pretty barren! I'm not going to be bouncing my grandchildren on my knee telling them about Shadow of War. We're thirsty out here, and Rings of Power only makes us more parched.

So please, Amazon, after all of these false starts and layoffs and confusing business misadventures, give us the Lord of the Rings MMO we deserve. Resist all of the greasy investor-speak that is certainly whispering in your ears; do not give us a LoTR Clash of Clans facsimile, or a LoTR idle dungeon, or an LoTR crypto game. If you do finally make a Rings of Power adaptation, and Nori pops up on screen asking me to purchase 2,000 more Silmarillions to continue to the next level, we will burn the place down. Similarly, do not give me one of those tentative, half-stepped, modern MMOs like Destiny where you and a legion of Elves and Dwarves idle around some beautifully restrictive hubzone—called, like, “Dalandrath” or whatever—waiting to teleport to tiny instanced zones in order to hunt down Sauron. No man, we need to go old school. We're talking Asheron's Call old school. The time is now.

I know this is easier said than done. Who knows if Amazon is even allowed to start a new LotR MMO project? Amazon Studios made The Rings of Power under license from the Tolkien Estate, but most Lord of the Rings TV, film, and videogame rights are held by Middle-earth Enterprises, which Embracer Group just bought. (Randy Pitchford's Rings of Power, coming soon?) So maybe Bezos needs to make an additional gargantuan licensing deal to get these plans off the tarmac in the first place. But I swear to you, it'd be worth it.

Amazon has been flailing at its development efforts for years, but came pretty close to nailing it with New World. It has the formula in place to satiate a legion of adrift 34-year-olds who are searching for anything to fill them with a wonder they haven't experienced since they sat in a movie theater for the original trilogy—which at the time was simulated, to a near plagiaristic degree, by Blizzard in World of Warcraft. (They put a fake Mount Doom in the Searing Gorge! We could harvest Mithril veins if we leveled up our mining skills!)

So, please, Amazon: Let me roll a class and kill some rats until I unlock some better abilities, allowing me to kill some kobolds instead. Let me eat and drink on the shores of the Sundering Sea. Let me score a Server First on Morgoth. You have the world, now all you need to do is craft an expansive, modern MMO and keep the player base fed with juicy updates forever. (Suddenly, producing a $1 billion TV show looks like the easy part.) 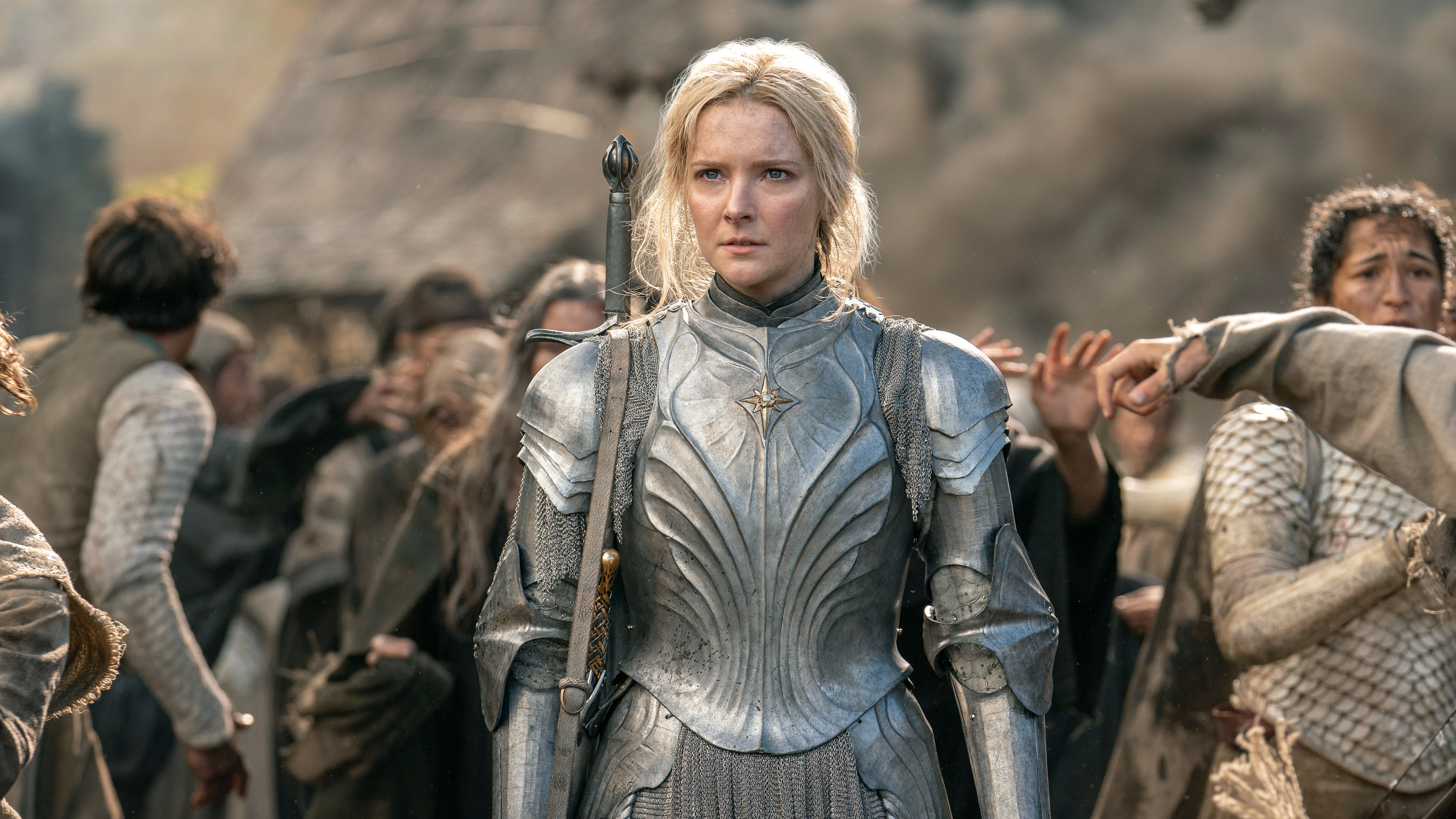