$300/£300, the Key Light Chroma doesn't come cheap for its RGB innards. It has truly broken through the stratosphere for relative costs of streaming gear, and it makes Elgato's comparative key lights (which I had thought to be expensive at $200) appear much better value.

But if you're an RGB enthusiast with nothing to lose (and I know there are lots of you out there), you may be able to justify this light's price tag somewhat. After all, it does offer something that few other solutions can offer, and never as neatly as this.

From the moment you open the box, it's clear the Key Light Chroma is very well-made. It's absolutely no problem to set up it up in under 10 minutes. You need only screw the desk clamp into the telescopic arm, then the arm into a joint, and finally screw the Key Light itself into the joint at one of its many mounting points. These arms can be extended at two points for plenty of extra headroom, and the clamp opens up to 75mm, so you shouldn't run into any compatibility issues with your desk, or whatever you're attaching it to.

With the light installed it's time to choose between the two available apps for controlling your light: Razer Synapse for PC or Razer Streaming for iOS and Android phones.

I quite like the idea of having light control away from my PC, so the phone app is a handy option. Though it has been a little temperamental during initial set-up, regularly crashing when I rebooted it to start the process over.

When it comes to the Razer Synapse app on PC, I'm not exactly blown away by its initial set-up either.

Once both are up-and-running, they're relatively straightforward to use day-to-day. You needn't go through many steps to change settings, at the very least, and that's what matters.

The static Chroma effects really do look absolutely great and the panel is able to emit a wonderfully uniform RGB tone from bezel to bezel. That also makes for an even and soft light tone on the subject (me, in this case). You can select just about any colour across the spectrum for the Key Light Chroma to display, though it does do better when stronger colours are selected. Rich blues, greens, reds, yellows, and pinks are all beamed out with surprising accuracy by the light's many LEDs.

However, if you select a slightly more washed out colour in the app, the Key Light Chroma isn't always able to match it. I selected a light green from the preset colour palettes and the result was more a very light blue. You can eke those lighter tones out of the Key Light Chroma but it takes fiddling with the Panel Light option to do so.

Leaving the RGB effects to one side, the 2,800 lumens LED light source does a superb job of illuminating every nook and cranny in front of it. At 100% brightness, the panel is powerful to light up even the most secluded and dingy streaming setups. It works great during the day, but obviously this thing really excels at night or with blackout curtains.

It makes for easy work for my Logitech C920 webcam, which struggles in low-light conditions, as most webcams do. Though some of the RGB effects do send my webcam into overdrive, especially the strong red light, so it is important to get the balance just right. An SLR camera hooked up to my PC would almost certainly provide a better image with more of the subtle tones from the light in the shot, but we're talking significant costs if you don't already have this sort of setup already.

And while we're on the topic of costs, let's talk about the Key Light Chroma's price tag. At $300, this is a significantly expensive piece of kit, and let's not pretend that Razer doesn't have stiff competition in streaming lights.

Take Elgato's Key Light, which is rated to an identical 2,800 lumens but costs $100 less. There's also the less powerful Elgato Key Light Air for $130. It delivers just 1,400 lumens, half that of the Key Light Chroma, but for less than half the price it's hard to argue with what's on offer.

That's just one popular manufacturer to consider, and if you're only looking for a bright light to make your webcam happy and lighten up your streams there are much cheaper options out there than any of the above. There's a whole world of generic photography gear, from brands such as Neewer, that is popular among some pro streamers today.

My partner uses two Key Light Airs for her streaming setup, and there are a lot of benefits to having two lights as opposed to just one. With two it's possible to reduce strong shadows on your face and more uniformly light your stream. Plus you can balance the lighting on either side for those lighter shadows that make a stream look less artificially lit. Plus, you don't have to be quite so fussy about where you sit or where these lights are aimed as you would a single strong light source. The problem is, with a pair of Razer Key Light Chromas, you're spending cash equal to a new graphics card.

It comes down to what you feel is best for your stream. If you're just looking for a light to make yourself look great on webcam and help brighten up your video feed, then a cheaper light is definitely going to be a better choice here. The Razer Key Light Chroma is absurdly expensive for that purpose alone. If you've been struggling with dark streams or unflattering lighting, I don't believe the Key Light Chroma is the answer you're looking for either. The RGB effects serve as a, admittedly fun, distraction from the core utility of the light itself.

Best microphone for gaming: make sure you're heard
Best webcams: be seen while you get your stream on
Best capture cards: lessen the load with a dedicated card

One or two cheaper lights and some simple RGB lighting strips could get you awfully close to the vibe you're chasing without dropping quite so much cash.

But if you have money to spend or very particular needs for RGB lighting, say you need to set the tone for a certain game or experience, the Razer is a solid option to meet them. You can also get rid of a lot of clutter and cables by simplifying your lighting setup to a single source that does it all, à la the Key Light Chroma.

The Razer Key Light Chroma does deliver something a little different with its RGB lighting effects, and I'll give it to Razer for trying that out in a market that's already packed with similar options. However, in this case, it feels an awfully frivolous purchase: a $300 multi-coloured streaming light might just be one of those streaming accessories that sounds great, but few, if any, actually need. 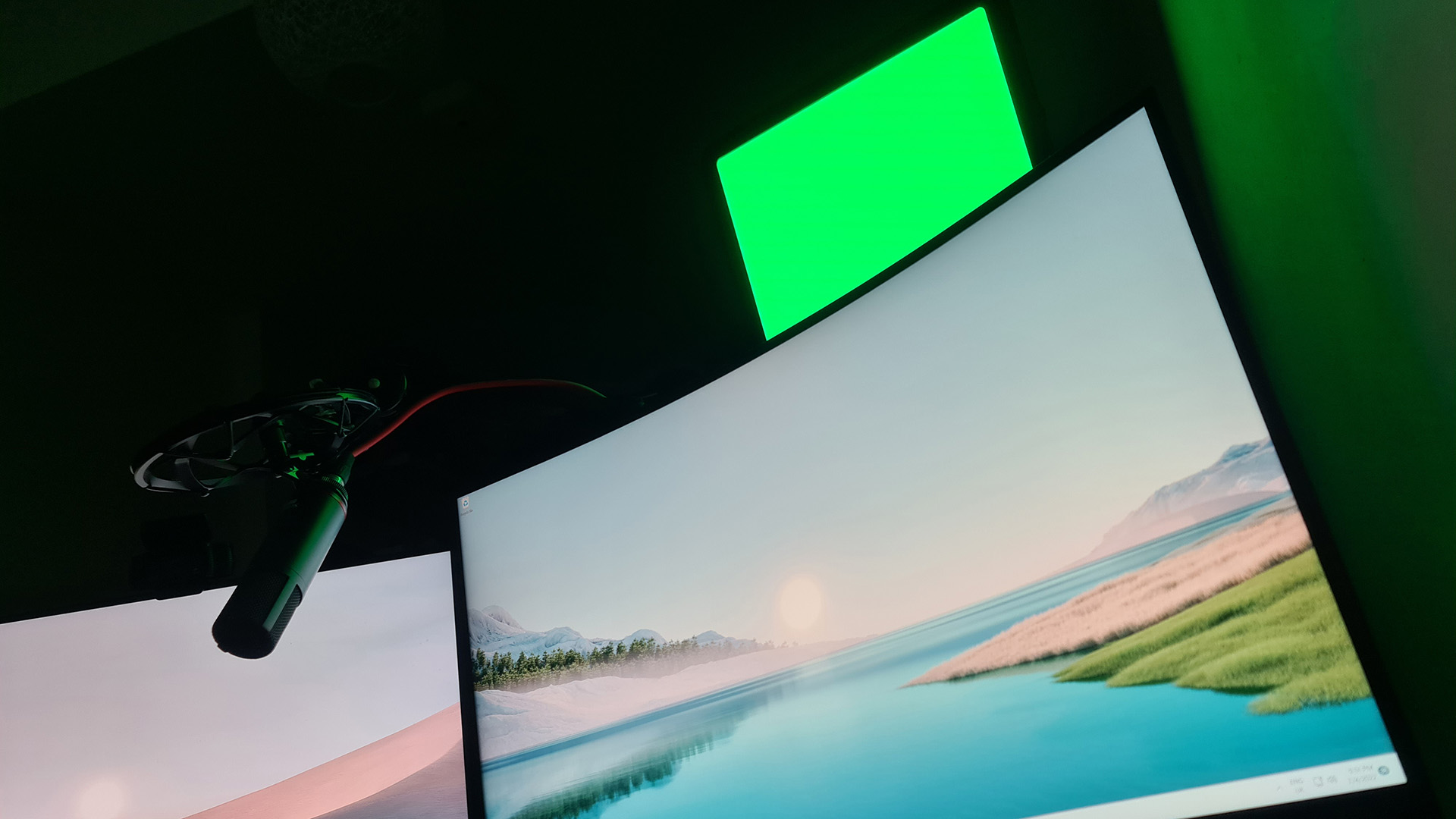